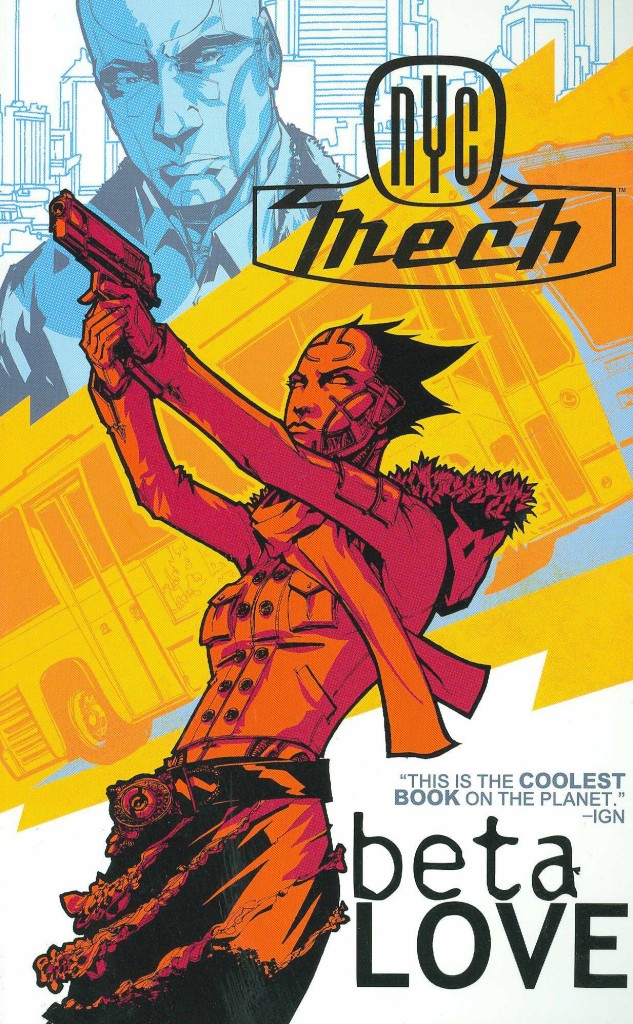 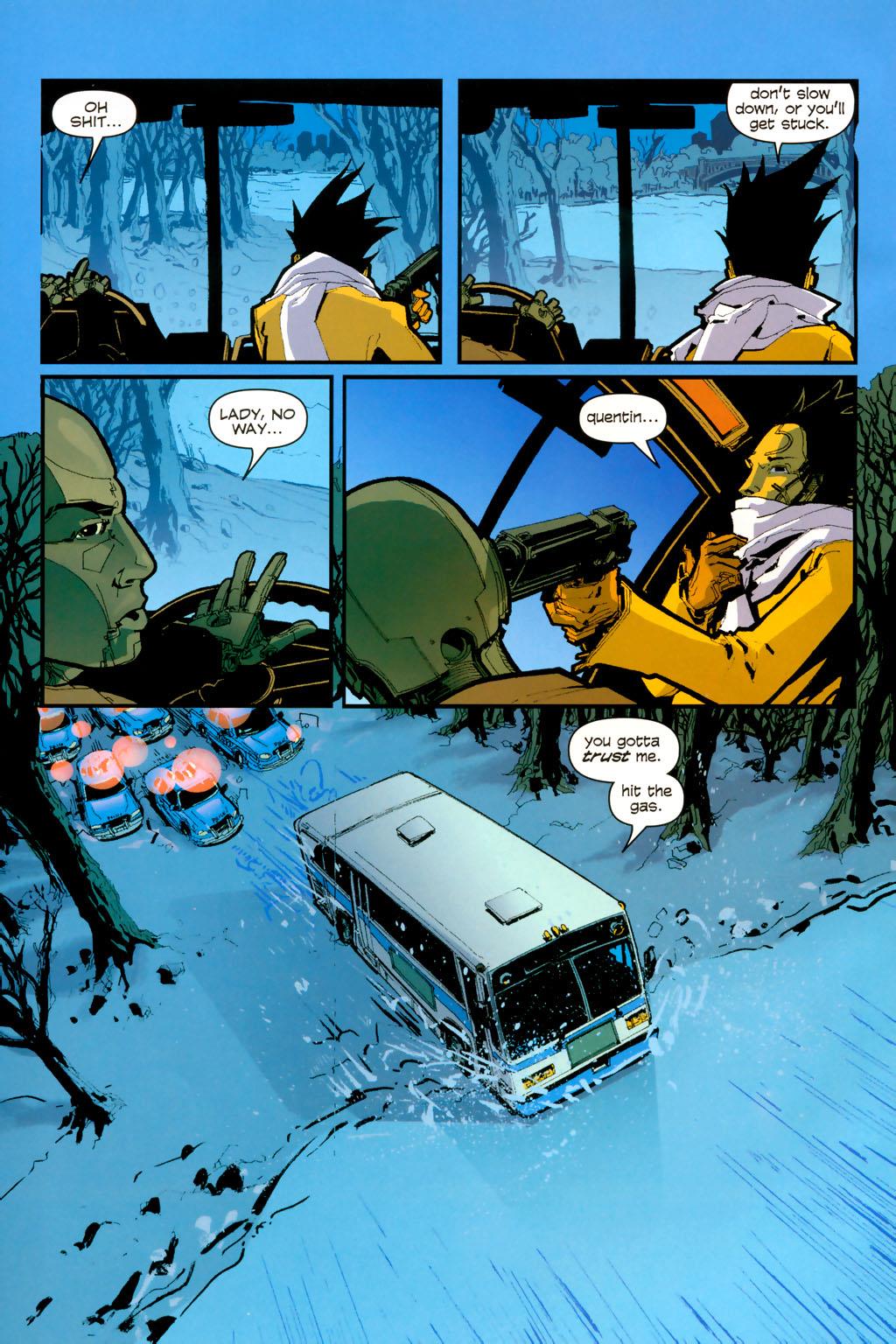 We’re in a New York entirely populated by robots. They eat, sleep, feel and even need to breathe the way we do, but are constructed rather than bred, although by whom is never revealed. This was all introduced in Let’s Electrify, which had few ideas beyond the concept. Beta Love is much improved.

Quentin is a bus driver whose route takes an unexpected diversion across Central Park’s frozen lake when hijacked by a female robot with a gun. No-one’s harmed, but he’s certainly not expecting to see her again when his shift ends.

By the end of their first book the writing team of Ivan Brandon and Miles Gunter had come to terms with the techniques of telling a character based story, and in Beta Love they step up further. Massively. Quentin and Nika’s relationship may have begun strangely, but proceeds in a credible fashion against a background of a sinister self-made entrepreneur and Nika’s own career.

At times, before experiencing deadline problems, some of Andy McDonald’s art was almost the only worthwhile aspect of Let’s Electrify, so it’s gratifying to note his considerable progress here. He’s transformed from an enthusiastic and very talented artist into one who can really tell a story. The panels are no longer cluttered, and space is left for events to unfold. The opening to each chapter is a sequence of predator and prey, and McDonald’s robot animals are excellent.

For the literal minded there’s still the problem of why produce a story about a world of robots when the same material could be told about a world of humans, and possibly more effectively. “Because it’s cool” doesn’t really cut it beyond a short story. This time there is the inclusion of minor elements that exploit the possibilities a little more, an underwater love scene works well for one, but there’s nothing that impacts in any great way.

Those that this anomaly doesn’t irritate will find a well presented love story and crime caper rolled into one, and it captivates until the very end. 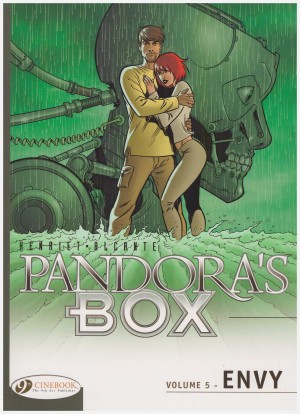