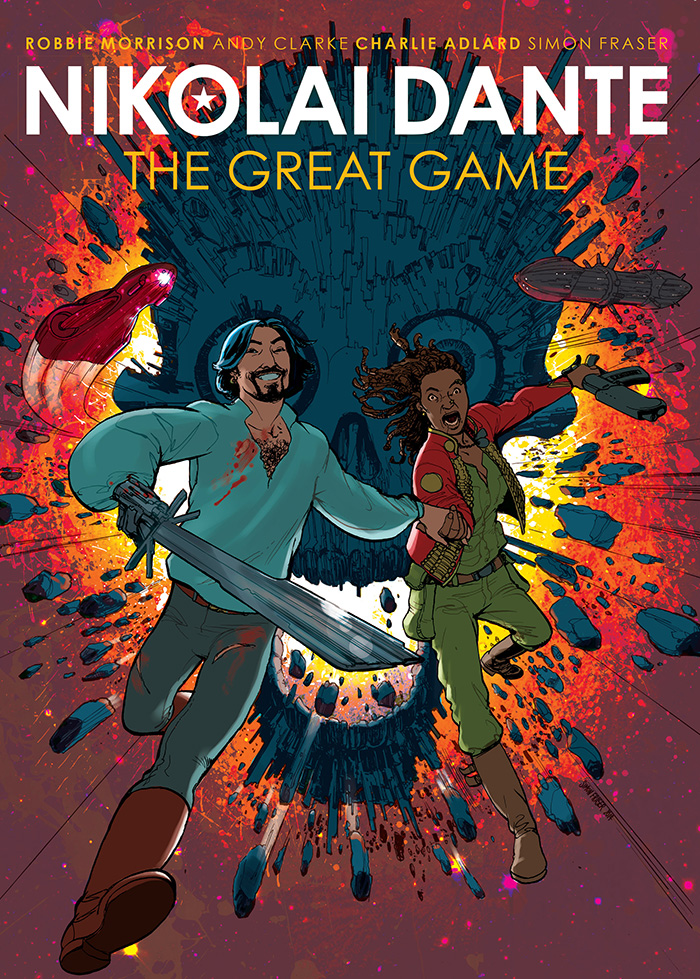 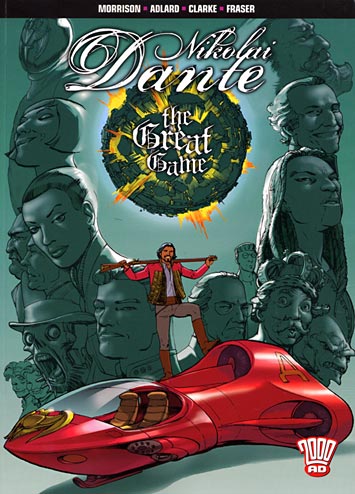 The Great Game starts with Nikola Dante trying to rescue an Arbatov (a family of soldiers he has a feud with) about to face execution as a result of developments in The Romanov Dynasty. It all slips rapidly downhill from there as Dante gets himself in and out of scrapes at light speed. With this second collection of Nikolai Dante the tone changes here, the script dialled down to a more sombre mood as Dante revisits his past before Robbie Morrison  develops the other characters in the series, especially the Romanov family.

Dante is sent on various missions with his half-siblings with the aims ranging from espionage to procure a weapon of mass destruction to just learning how to act like a noble. Deviance, deception, decadence and violence are always present in bucket-fulls, giving the material a dark edge, but Morrison doesn’t forget to wring incredibly funny comedy from some astute observations on society, politics and human nature. One example is Morrison poking fun at a growing religious trend of the late 1990s to enforce vows of chastity and then judge anyone they thought immoral. Simon Fraser does incredibly well here, not just focusing on the characters but also adding some intricate detail to the background. He perfectly captures the facial expression of a self-righteous and judgemental preacher, crafting some entertaining action scenes. Charlie Adlard gives the characters slightly longer and caricatured features to make fun of the self-absorbed sex symbols of the entertainment industry. Andy Clarke has a more detailed approach with sharper angles, his work parodying some other 2000AD staples Slaine and Sinister Dexter. The art has definitely improved but there are some general flaws, most significantly a tendency for character features to change within a story. It isn’t the artists’ varying styles that’s the problem, it seems to be an annoying idiosyncrasy of the original weekly publication format.

The main thing is that the stories are enjoyable and there is a lot to keep you entertained from scary mothers, pervy old men, gay hit-men, self-flagellating codpieces, heart-broken lovers and Dante’s effortless ability to get himself into situations where someone inevitably tries to kill him. Morrison takes the plot from touching to laugh out loud irreverence and although the episodic format leaves little plot-holes between stories there are no loose-ends left in the stories themselves. His consistency as a writer ensures that Nikolai Dante keeps improving into his third outing The Courtship of Jena Makarov/Love and War. 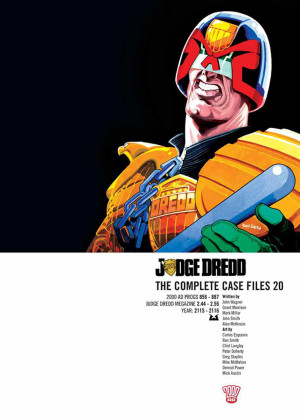