Ms. Marvel: War of the Marvels 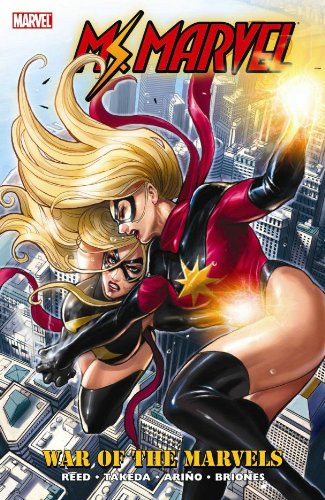 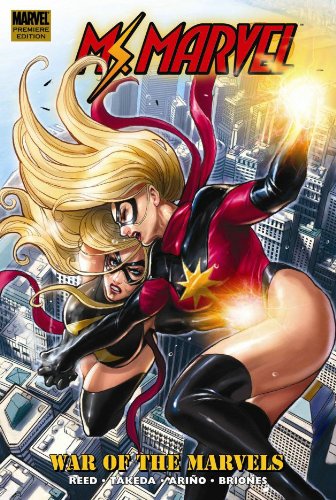 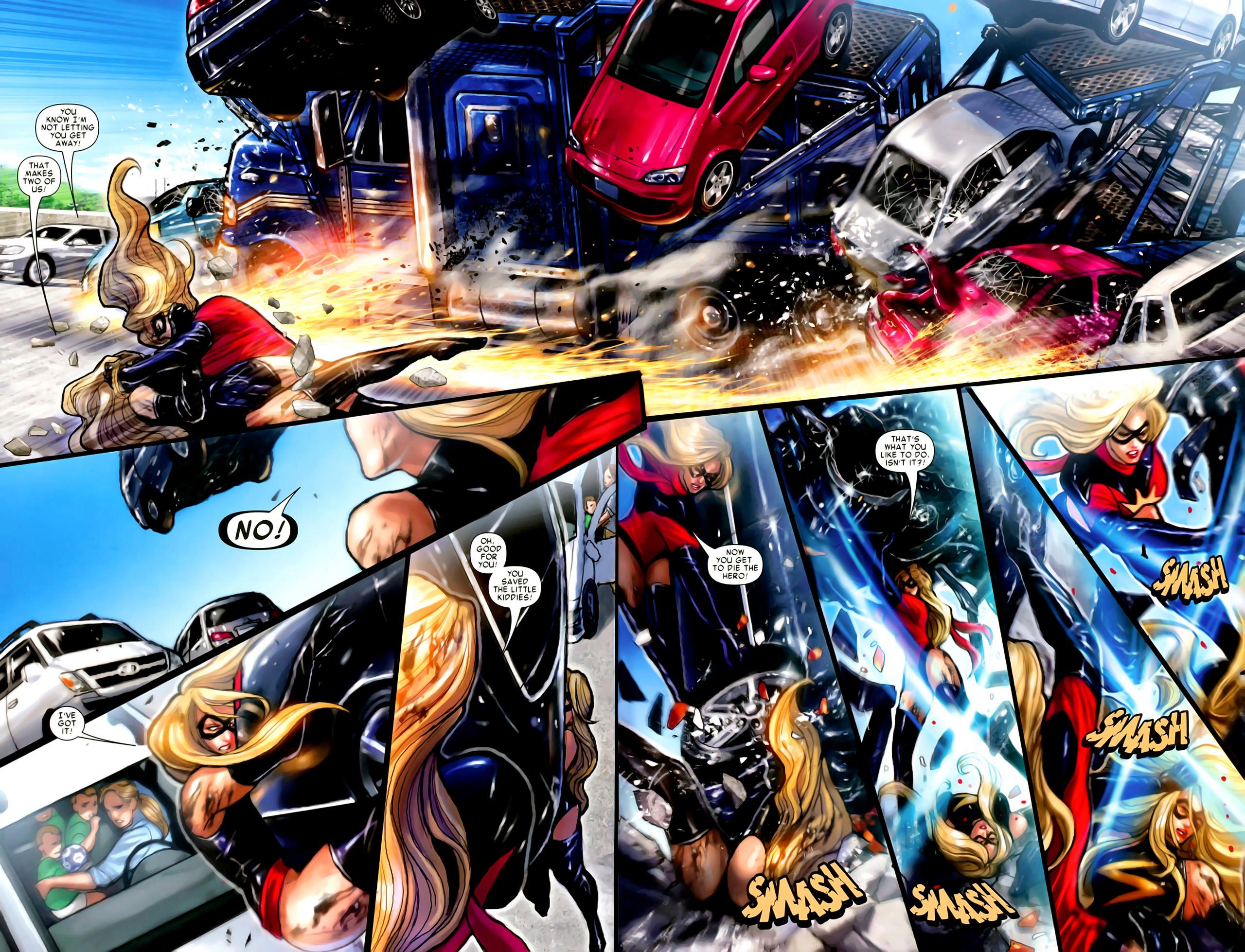 In Dark Reign Brian Reed used a cheap, button-pushing trick to shoehorn Carol Danvers from her own title and replace her with an imposter, rather as Norman Osborn had in the fictional world. At least Reed didn’t perpetuate the trick too long, and the showcase feature of this graphic novel is Carol facing off against her replacement. Quite a few times, actually, and in various forms. Reed conceives a good method of complicating what at first appears to be a very straightforward story, and we soon have three people sharing two identities.

Less impressive, rather shameful in fact, is that three different artists are required to illustrate the five chapters of this story. Worse is to come. The photorealistic art of Sana Takeda is unaccountably popular. He aims for Alex Ross, but can supply neither the grandeur nor the storytelling ability, so we’re left with a lot of pictures of pretty women in assorted poses. That’ll be good enough for some. Sergio Arińo attempts for the same style, and his work is vastly better than in the previous book, indicating perhaps he was rushed. Philippe Briones works in a European action style. He chooses some odd viewpoints displaying trouble with foreshortening, but his basic layouts work. Everything, though, is given a horrible gloss by the colouring, which is saturated with light, and the highlights reflecting off costumes would indicate those consist of highly polished plastic. The way this accentuates the overly endowed breasts of the women is really sleazy.

Based on what was revealed in Dark Reign, it’s not difficult to second guess the reasons for what’s going on, but the best aspect of the plot is when the will of those who’ve arranged matters is circumvented. The ending is also rather good for what’s ostensibly a five chapter fight scene, but unfortunately, it ultimately proved to be of little consequence.

Reed’s run on Ms. Marvel has been up and down. This is down, and Carol Danvers concludes her career as Ms. Marvel with The Best You Can Be.