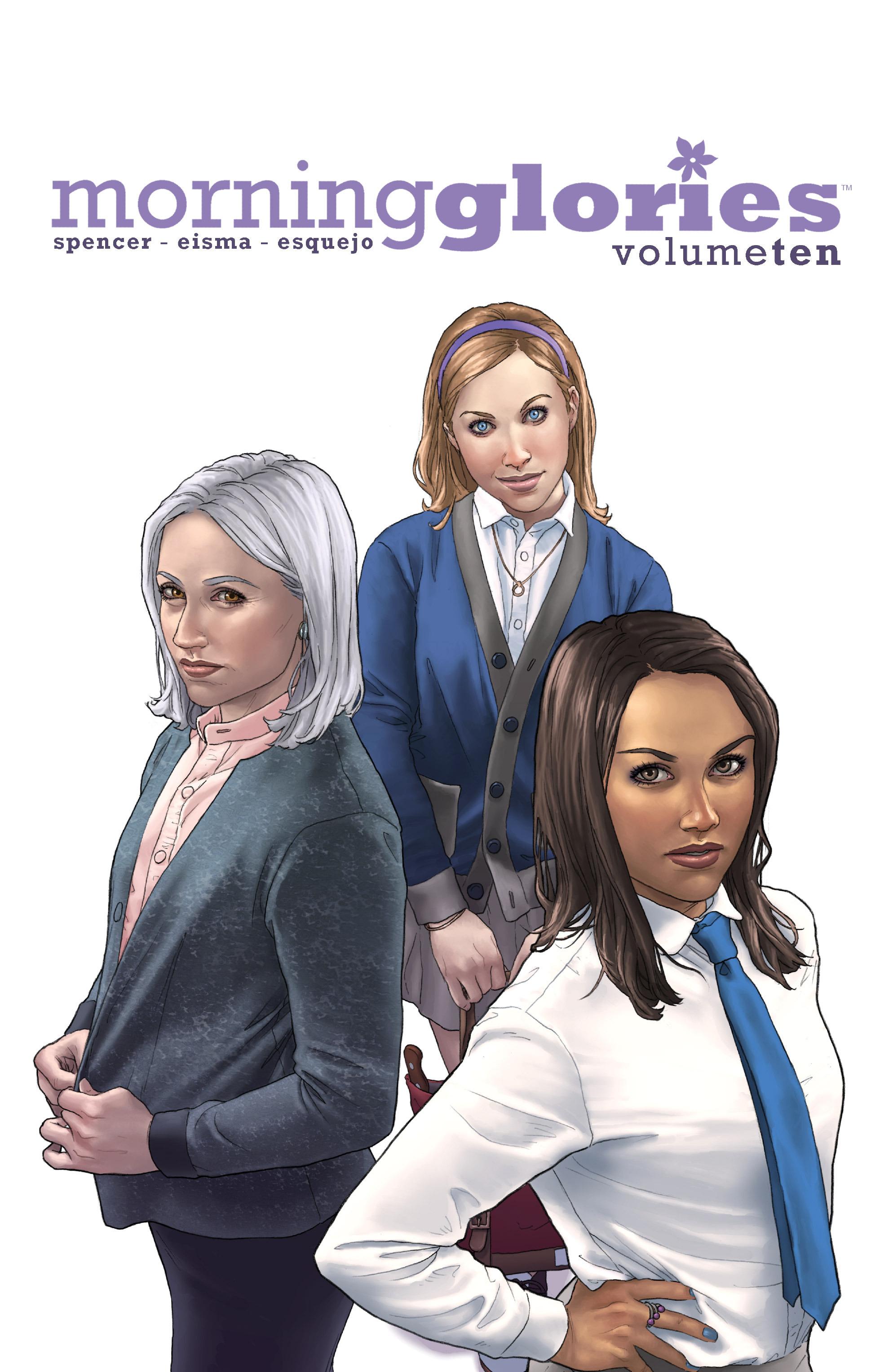 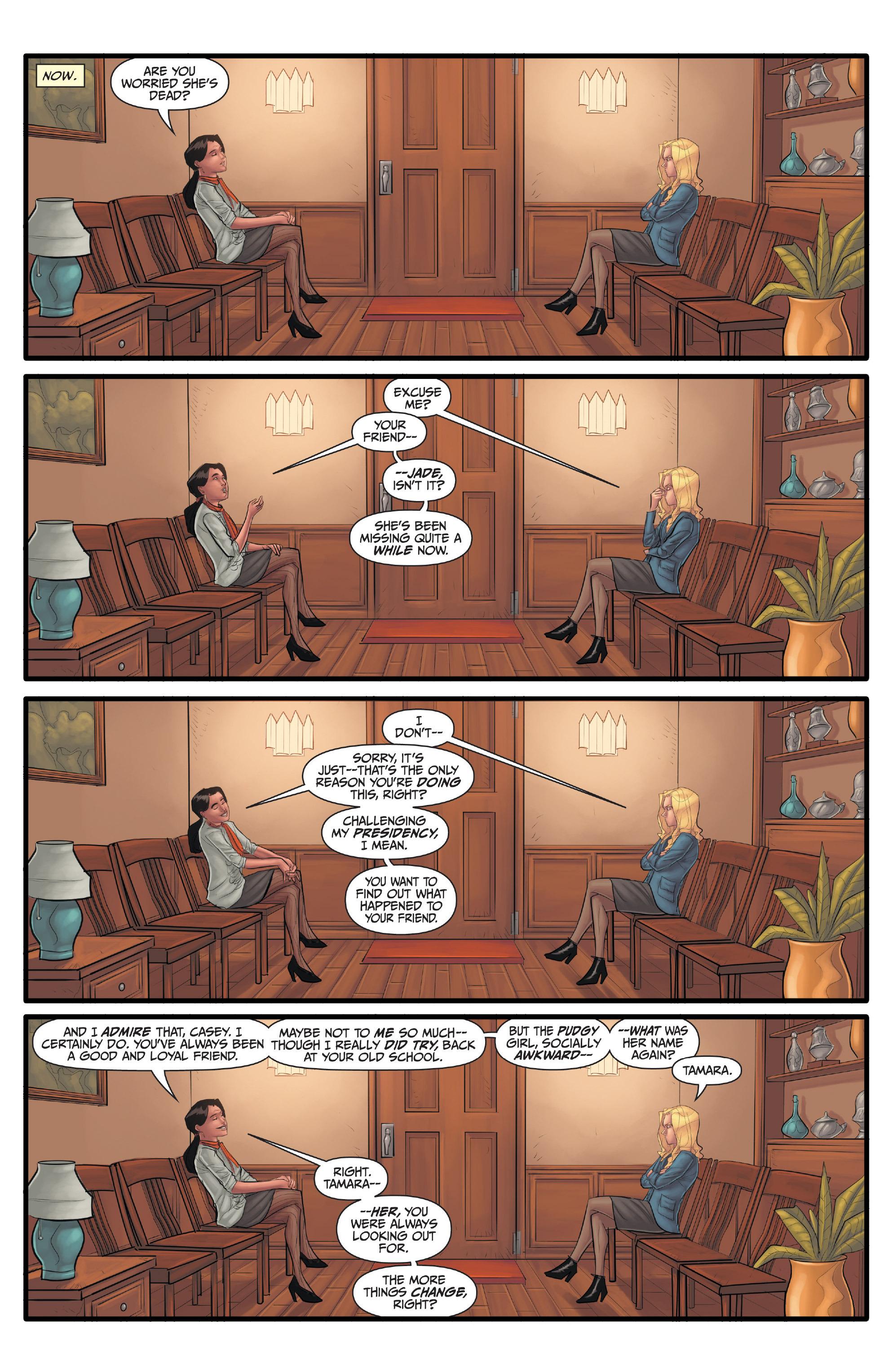 Morning Glories began as the story of near genius level children trapped within a sadistic school, and has become progressively more unpleasant as the series continued. These elements have been fused with a soap opera sustained by continually introducing new mysteries while very few of the previous ones are solved. Some people thrive on attempting to work out the puzzles, on trying to connect the dots, because after all The Prisoner has remained cultishly popular as it reaches its fiftieth birthday. Others may consider Morning Glories is now just one long shaggy dog tale into which ambiguous, anomalous and shocking sequences are thrown to keep the plot bubbling.

Anyone who’s stuck with the series to this point achieves some minor resolution with Expulsion, but God help the person who stumbles into this volume alone with no idea of the back story. Who is the blind kid in the padded cell? Why does someone appear to be communicating with her older self? Is the girl tied by the altar really going to be sacrificed?

Words are obviously the writer’s stock in trade, and Nick Spencer uses plenty of them in a persuasive manner here, as several characters give speeches on destiny, personal improvement and what appears to be a whole dose of meta-commentary about bringing matters to a close. It would seem increasingly clear, however, that the entire plot is underpinned by the motto of “I’d love to tell you, but you wouldn’t understand”, which is thrown at several of the cast, and leads to speculation about a feeble Lost style ending. Or worse, Casey waking up in the shower at home having dreamt the past ten volumes.

For those who do still care, there’s murder and mayhem aplenty as the science fair, sports tournament and School President election plots come to a close in suitably chaotic fashion. Joe Eisma continues to be a love him or hate him artist, extremely good with layouts, not so good when it comes to stiffly posed people.

In the eighteen months since the concluding chapter of Expulsion was published as a comic both creators have occupied themselves with other projects, and neither has committed in public to Morning Glories ever being concluded. Much like The Prisoner, then.