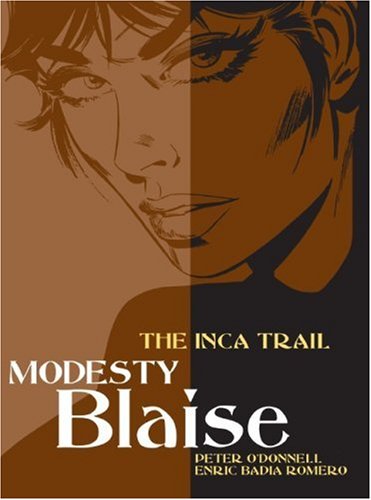 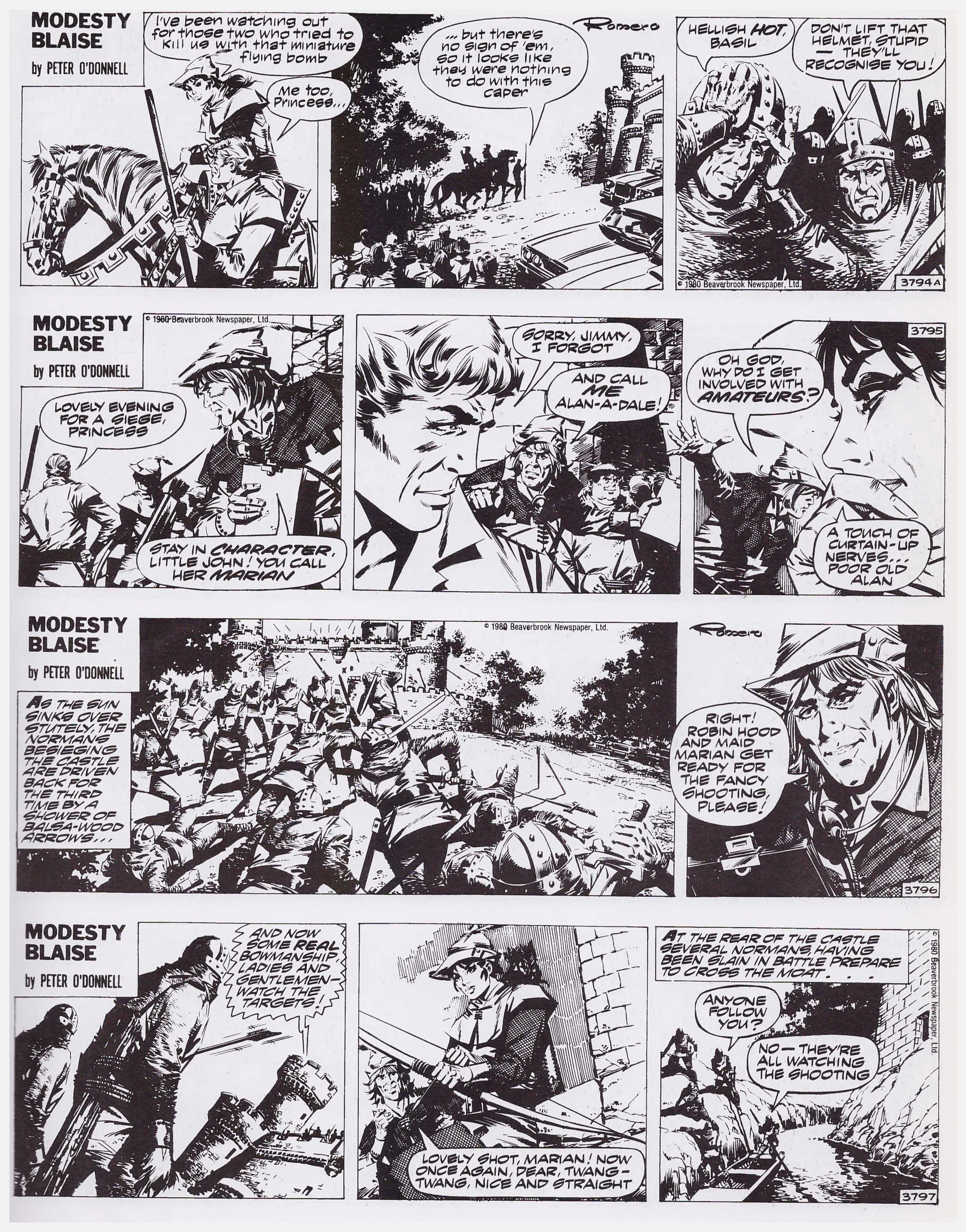 The Modesty Blaise newspaper strip may have first caught on due to a fantastic artist illustrating glamorous people, but that’s an attraction with accompanying limitation, and Peter O’Donnell’s writing is what kept people reading. Time and again he’d conceive a novel, unpredictable and watertight plot, often in unusual circumstances, and while Modesty’s relationship with Willie Garvin was always light, the tone of the strips varied also. It proved a compelling brew.

Within the broad crime and adventure genre the four stories reprinted here from 1975 and 1976 all have a different focus. In the case of the title story it’s a sequence of escaping one impossible situation following another, while the opener sees Modesty in charge of a precocious know it all teenage girl in Malta where rival Mafia groups are looking to move in. ‘The Greenwood Maid’ concerns the lost proceeds of a bank robbery promised for a good cause, amid a Robin Hood festival and ‘Those About to Die’ is a far darker tale of a dying crook’s sadistic last party.

As ever, Enrico Badia Romero delivers an illustrative masterclass. Convincing people at work and play? No problem. Up to the minute vehicles? No problem. A Medieval battle scene? No problem. The wonder of Paris? No problem. A great action scene? Bob’s your Uncle. Even better is that with a few exceptions Titan appear to have acquired either the original artwork or very good copies, as there’s far less of the murky reproduction that plagues some Modesty Blaise collections.

The best story in this collection is ‘The Inca Trail’. Modesty and Willie are bored at a party, so make a bet regarding who will first reach the mid point of San Lucero were they to start at opposite ends of the Inca Trail. It’s complicated by a military coup, a lovesick teenager and the necessity to solve problem after problem. So fiendish are they that when O’Donnell re-read the strip thirty years later even he could only solve one of them. It’s best of the book by virtue of the cleverness, but there’s not a substandard adventure here.

Aside from returning favourite characters, always explained when required, pretty well any Modesty Blaise strip can be read without reference to others. Those wanting to read in chronological order, though, should pick up Death Trap next.