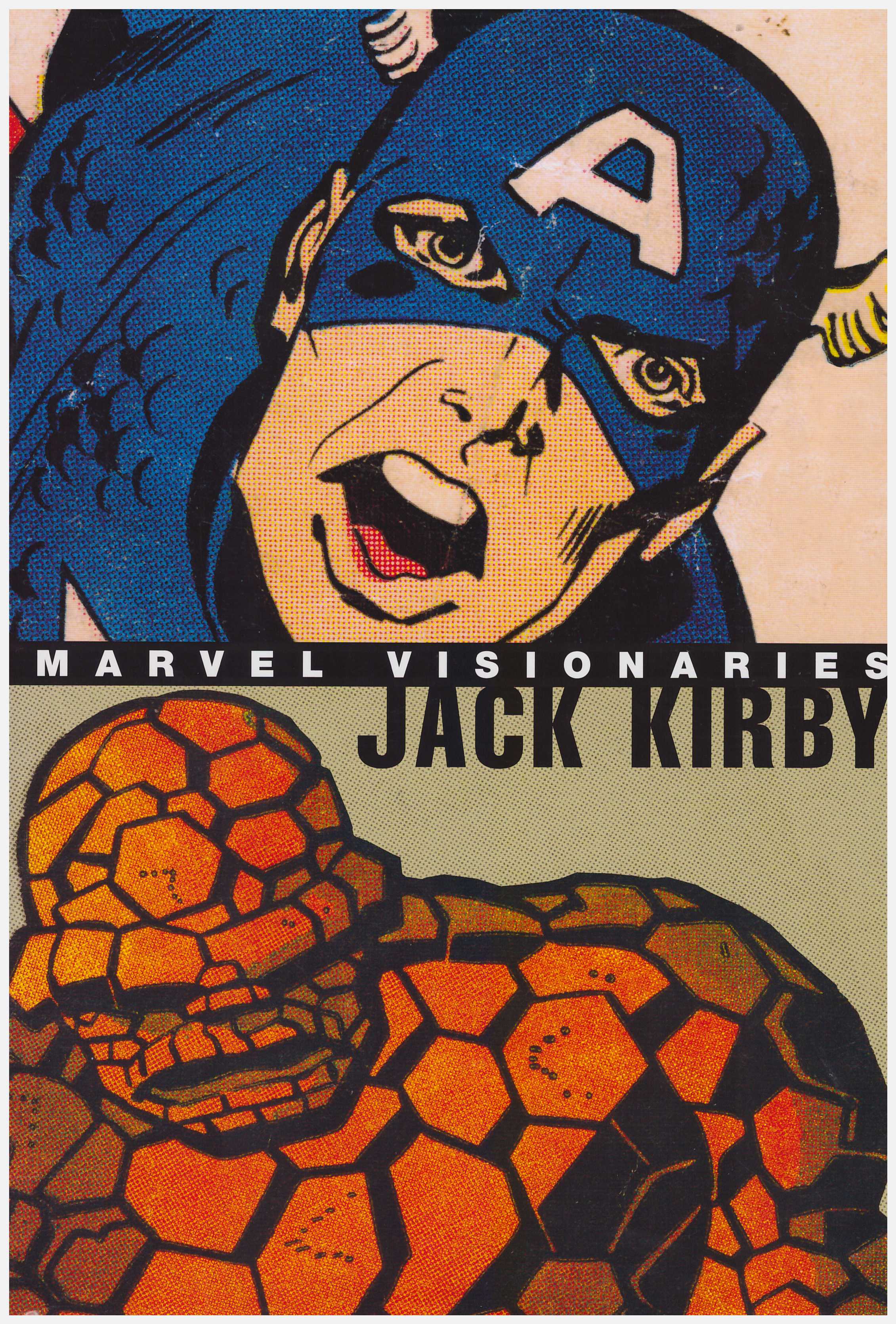 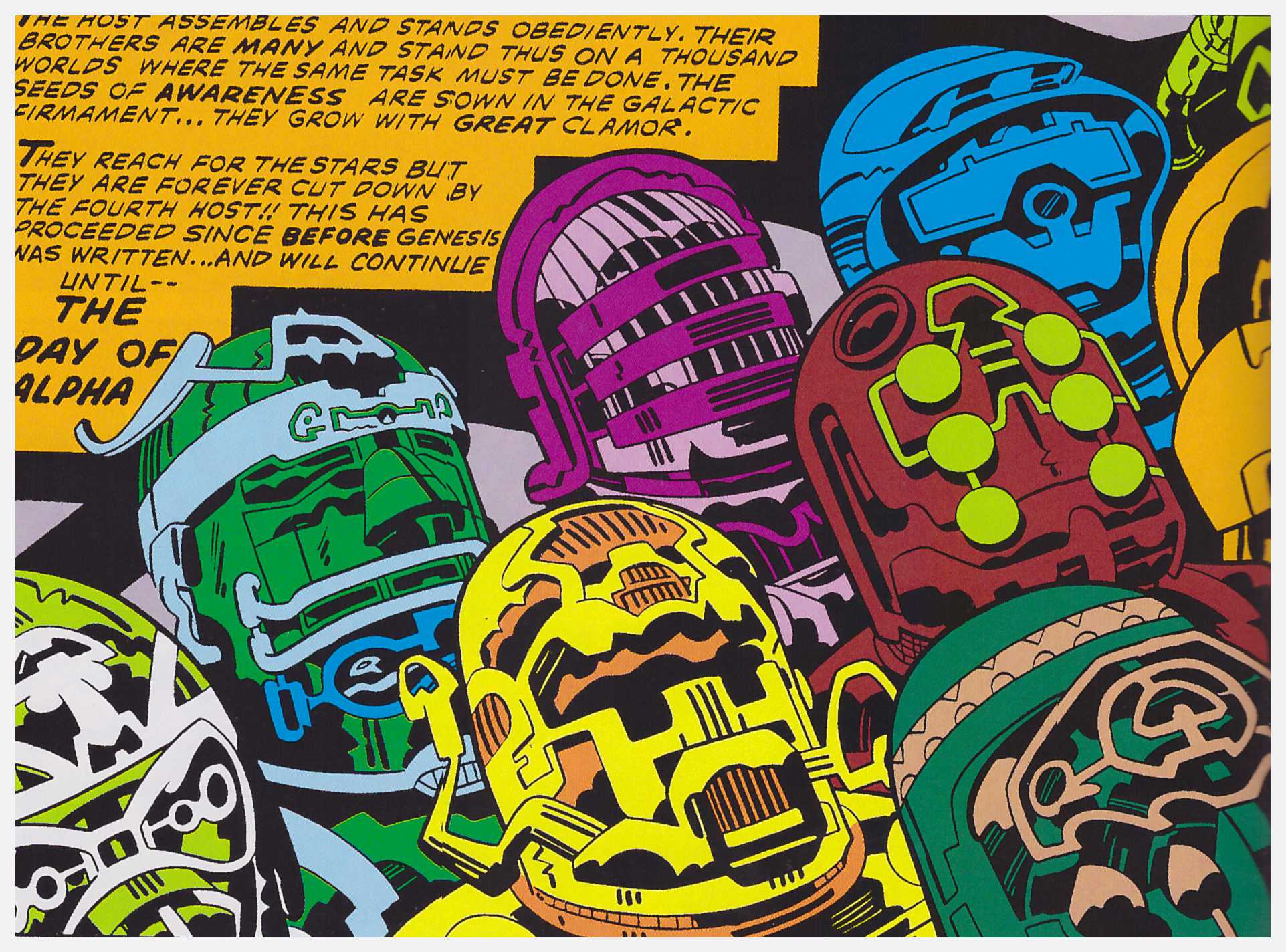 The Marvel Visionaries anthologies showcase the work of individual creators who’ve made a lengthy contribution to Marvel comics, providing a snapshot career overview. Only Jack Kirby, though, has work from four decades reprinted, and offering a singular genre variety.

Without Kirby’s immense abilities and work rate would there be a Marvel Comics as we know it? There wasn’t in 1940 when Kirby and Joe Simon deposited Captain America with Timely Comics, then one of dozens of small companies exploiting an exciting new artform. Timely morphed into Atlas, for whom Kirby produced 1950s western and horror strips, before laying the foundation stones of the Marvel Universe in the early 1960s.

It is, of course, for the prodigious imagination and bombastic art of his 1960s work that Kirby is most revered at Marvel, and that work forms the centerpiece of this hardback volume. The Fantastic Four comics introducing the Silver Surfer and Galactus still read extremely well in isolation, and they’re counterpointed by one of Kirby’s finest moments in the following story in which the Thing’s identity is hijacked. It cleverly reverses his common self-pity and re-casts him as an object of envy.

An equally epic Thor tale still excites, as Kirby explores, via two different avenues, what it is that constitutes a God, although it’s marginally under-mined by his goofy design for the Man-Beast. Other 1960s work includes Captain America’s revival in The Avengers, and the Hulk’s origin. All this work is co-plotted or scripted by Stan Lee.

The 1960s material is widely available elsewhere, though, so for the hardcore Kirby fans the treats offered here are the work that preceded and followed his Marvel peak. For all the kinetic brio of Captain America’s origin tale it’s very much of its era, as is the introduction of the mysterious Vision in the 1940s, with cramped art barely identifiable as Kirby. That’s not the case with the opening shot, an attempt to re-cast Mercury as a superhero, with a suitably demonic Pluto masquerading as Hendler, covetous dictator of Prussland. It’s silly and enjoyable. Much the same can be said of the volume’s closer from 1977, which re-presents the origin of the Fantastic Four, but as if the Marvel staff of the early 1960s had acquired their powers.

Superheroes were marginalised through most of the 1950s, so Kirby drew the Rawhide Kid, and tales of space monsters and horrors, work he continued simultaneously with his better recalled contributions to Marvel. These are no previously undiscovered masterpieces, but Kirby adapts to the genre requirements, and he produces a terrific splash page for the ridiculously titled ‘I was a Decoy for Pildorr, the Plunderer from Outer Space’.

Kirby’s 1970s return to Marvel was not a happy period, with the in your face bombast of his material out of touch with the more subtle character explorations in other contemporary material. The world turns, though, and while much of that is now viewed as pompous and over-written, Kirby’s work stands up well. The Captain America episode from that period isn’t his best, but one of the few that could be reprinted in isolation. The art, though, is stunning, the action-packed panels moving the narrative forward at a frenetic pace.

Even more mind-blowing is the introduction of the Celestials in an Eternals reprint. Kirby conveys the power and grandeur of gods beyond gods from a human perspective, letting his imagination run riot. Time’s also been kind to Kirby’s expressive dialogue.

As a sampler of an industry giant’s progress and talent, this collection can barely be faulted, and was well received enough to prompt a second. 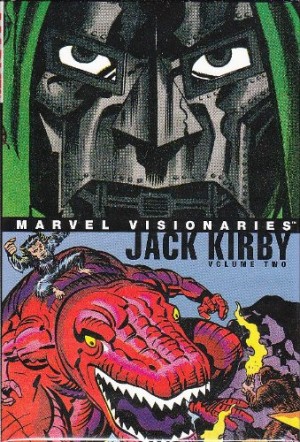 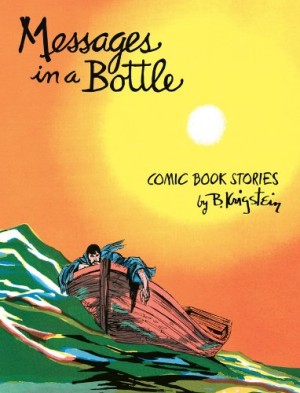