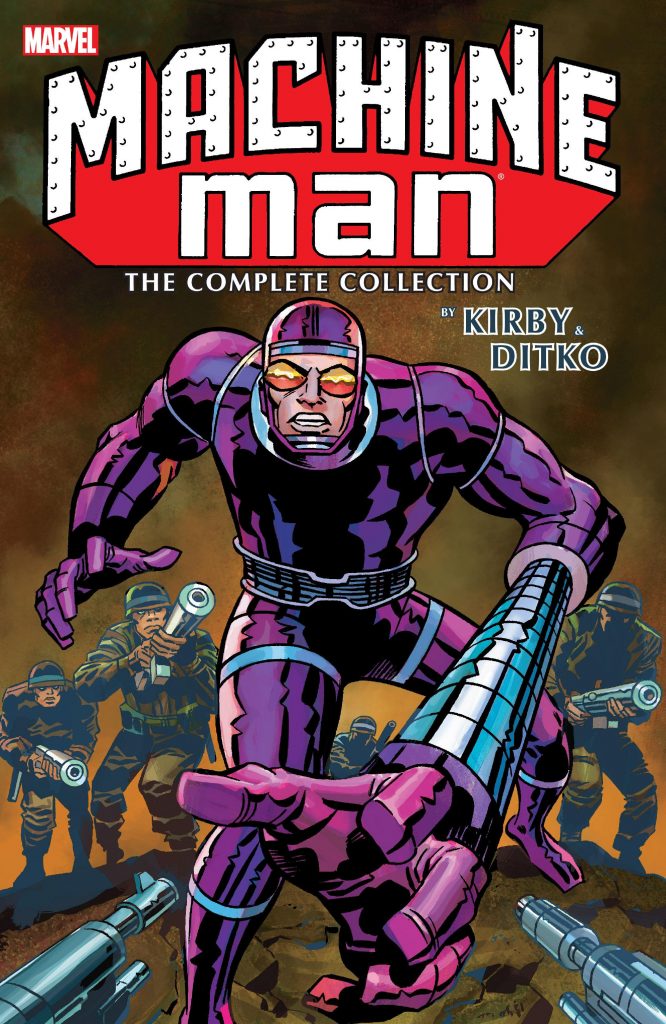 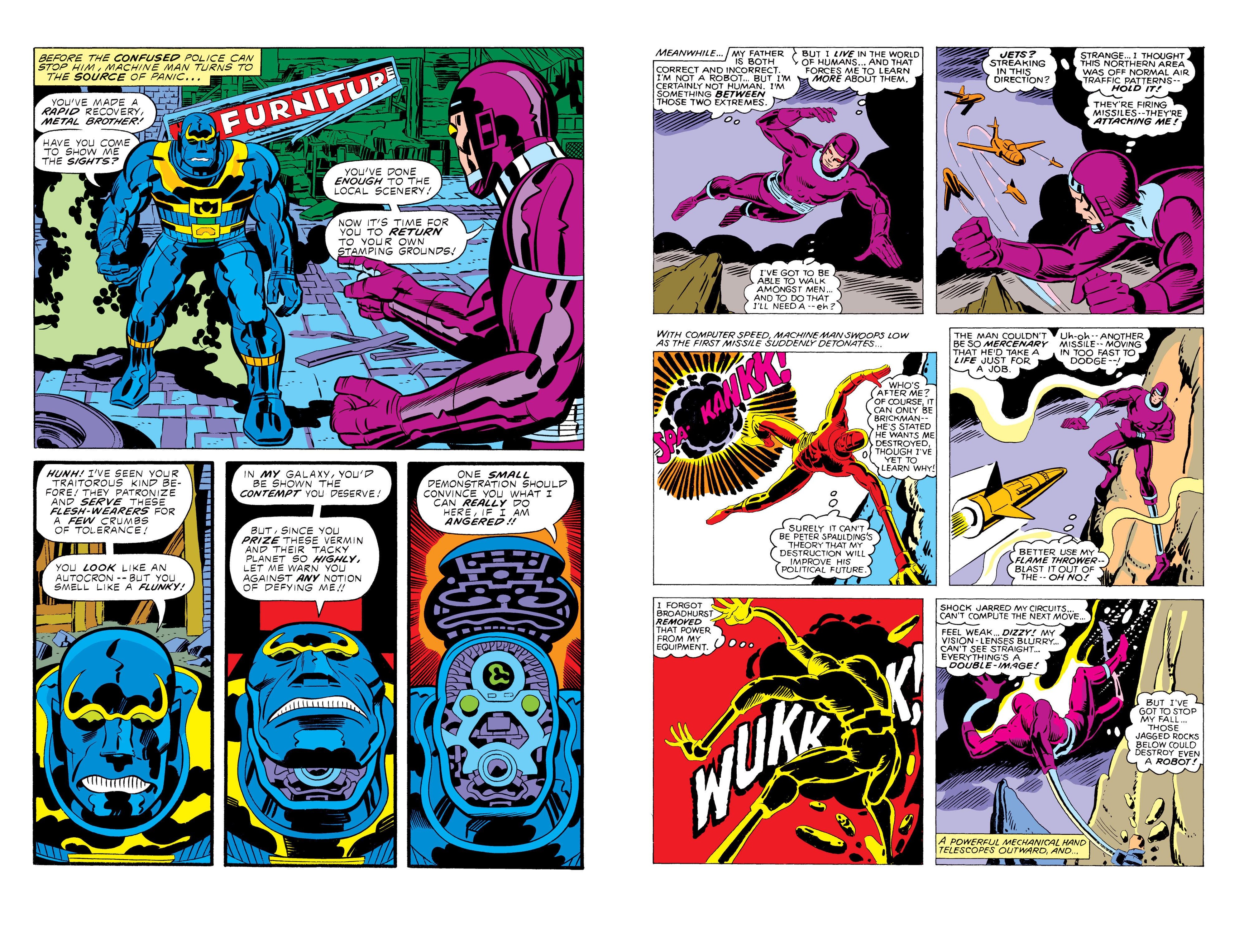 You’ll either like the content or not, but it’s a shame that what’s subtitled The Complete Collection actually isn’t that. Jack Kirby introduced Machine Man not in his own title as this would suggest, but in the final issues of 2001: A Space Odyssey, and those stories are absent. Were it not for the deceptive title, this wouldn’t be as relevant, as part of the thrill of following Kirby is enjoying where his muse led him, and the frequency of monthly comics permitted the most rapid transfer of ideas before web publishing. Kirby takes full advantage.

In the current days of decompressed superhero comics in which so little happens, the sheer rush of Kirby’s enthusiasm is even greater than it was in the 1970s. He packs an incredible quantity of story into what begins as just sixteen pages, and conceptually he’s way ahead of the game, layering entirely convincing technobabble down to justify incredible events. In the first story we learn of Machine Man’s origin as he evades the army, which he does again in the second, also detecting transmissions from a distant galaxy in a psychiatric unit. In the third he brings through an arrogant and callous alien artificial life form, who menaces New York in the fourth, and so on. Everything is busy with excess energy as Kirby lets his imagination run riot from Machine Man creating a fantastic bike from scrap metal that slots into his body to his extendable eyes, constantly coming up with new talents for his robot, and interesting ways to draw them.

However, for all the enthusiastic ideas and art to begin with, Kirby seemingly becomes bored, and there are dated elements, such as too many people still wearing trilbys in 1978. The same applies to Steve Ditko dressing people in bow ties.

Machine Man was the only title on which Marvel’s artistic founders both drew a run of issues, but their work is separated by a Roger Stern and Sal Buscema Hulk sequence, where Machine Man’s been framed. It works, but there’s little original, Stern just applying the gimmicks Kirby introduced for Machine Man without adding anything.

Ditko draws stories written by Marv Wolfman and Tom DeFalco, beginning with a cohesive cataloguing of what Machine Man can do, and while there’s more depth to the plots they lack the drama and sheer energy rush of Kirby. Nor is there any great interest in expanding Machine Man beyond a standard superhero. The invention is absent, although the core running through Wolfman’s stories is the conflict between man and machine embodied by Machine Man, while his style is very much that of Marvel during the 1960s. Both writers provide a parade of lab accidents, encounters with a pushy colleague and bullying by an ambitious politician, and Ditko happily echoes his old work, being competent with only few flashes of inspiration. DeFalco’s writing more fun than Wolfman’s if you’re feeling nostalgic, fitting well with Ditko’s style by having no pretensions about being anything other than a 1960s Marvel homage. An ionised gas creature in DeFalco’s first script is great, a throwback to Ditko’s supernatural projects, the Baron Brimstone story has its moments, and the incident of Machine Man’s lost arm is an almost perfect Stan Lee pastiche.

There’s no pretending that Machine Man is anywhere near Kirby or Ditko’s finest work, and much of what’s here lacks inspiration. However, on occasion it surprises, and in mitigation, in all the years since barely a single creator has achieved something memorable with Machine Man.