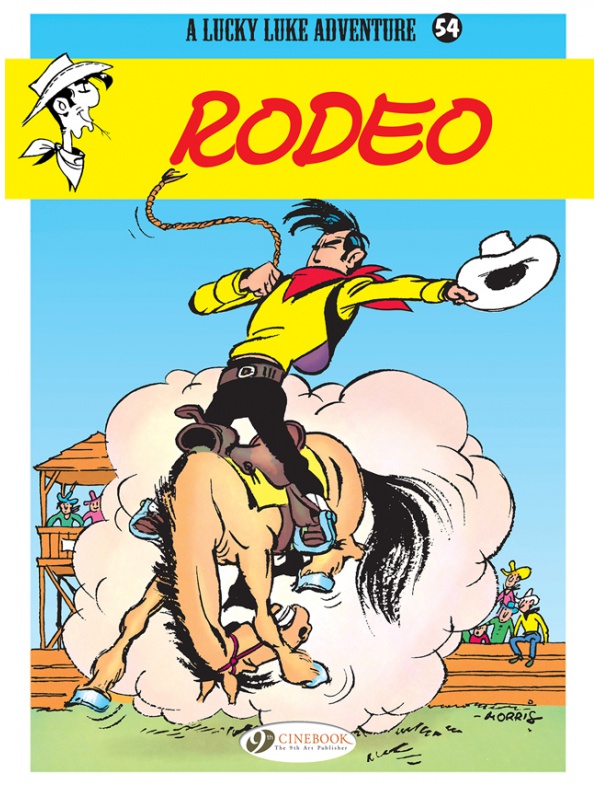 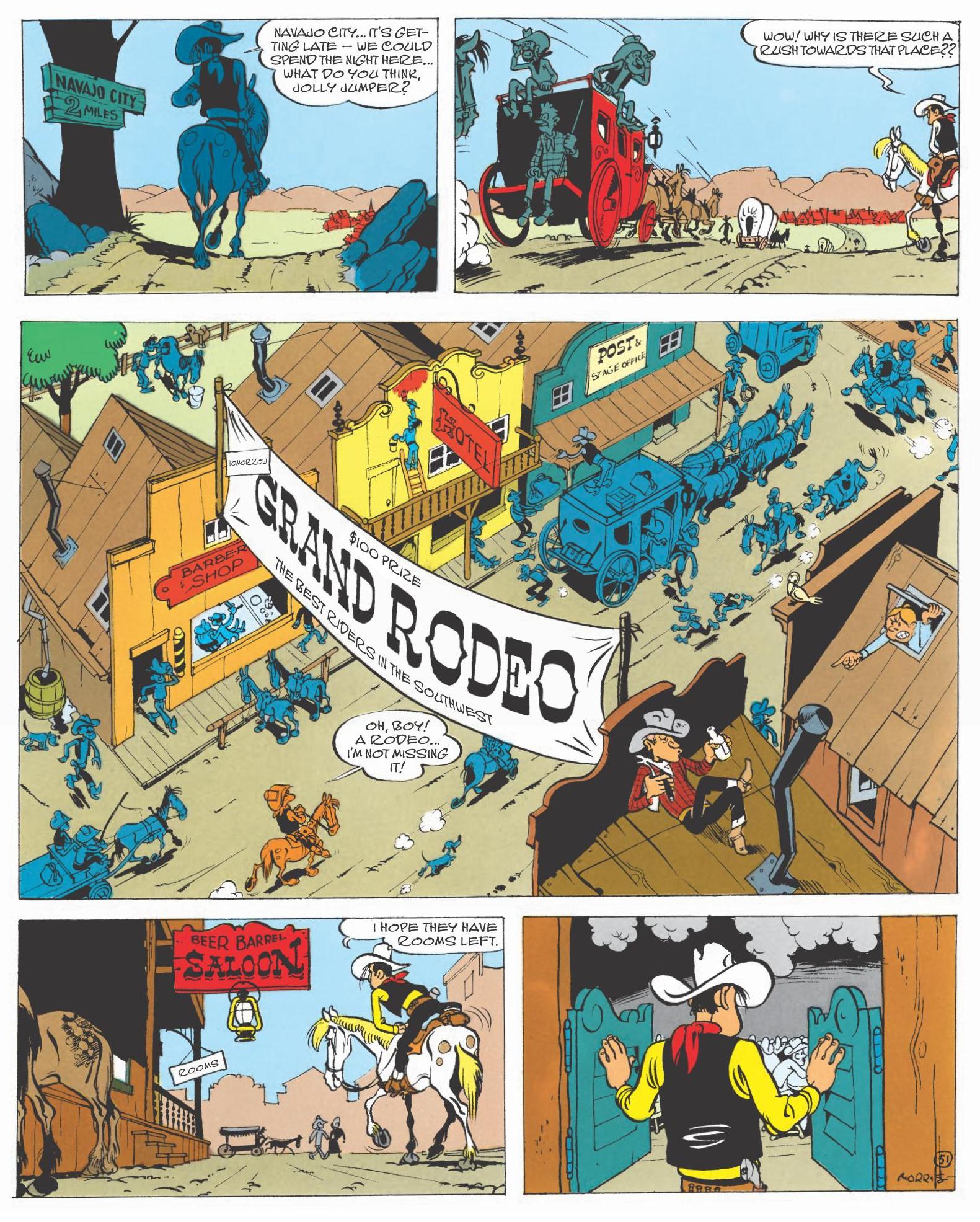 Rodeo is the longest Lucky Luke album, the three strips included coming in at just under sixty pages, and the title strip marks an important evolution for Lucky Luke. In stories leading up to it collected in Dick Digger’s Gold Mine and Arizona, creator Morris began including larger and busier panels, escaping from the restriction of four tiers of three panels per page. The title page of ‘Rodeo’ (sample art) sees him take the leap into the full half page illustration, the busy life to it simply wonderful. It may be no big deal now, but bear in mind Morris produced these stories in 1948. He includes several more half pagers later in the story, and again in ‘Desperado City’, where Morris makes us wait, but it’s a gem, and by including these panels offering a long viewpoint he’s created a Lucky Luke trademark.

In these stories Luke and Jolly Jumper still haven’t entirely arrived at their familiar look, although Luke’s lost the massive chin of earlier appearances. Morris’ cartooning has been good right from the start, but 1948 he’d lost the Disney influence and was developing a style more suited to the comedy Westerns he wanted to produce. It’s also noticeable that his storytelling skills had greatly improved, as his gags are far more compact and thought through, no longer as laboured. In all three stories he has the confidence to have Luke off panel for several pages. Once Morris created the Daltons they’d in effect become co-stars, enabling Luke’s frequent absences, but those Morris concentrates on here aren’t as interesting, or as funny.

That really applies to the stories as a whole. By 1948 Morris was more aware of pacing, but his staging still hasn’t entirely developed and compared with the compact ease with which he’d later sell a gag, those here are stiff. The villains Luke is pitted against, the Cactus Kid, and the Pistol Brothers, are variations on the common thug, although they’re nicely designed, and the final story features several characters looking as if they’re homages to the US newspaper strip Mutt and Jeff. Despite Luke spending half the story in jail, ‘The Buffalo Creek Gold Rush’ tops the previous work, making points about human greed as well as having the best jokes.

Although Arizona follows this album, both as published in English by Cinebook and in the original French continuity, the stories it presents are actually earlier material, and Morris would next work on Under A Western Sky. This, Arizona and Dick Digger’s Gold Mine are also combined in hardcover as the first volume of Lucky Luke: The Complete Collection, where some long lost pages are restored, ensuring those reprints live up to the ‘Complete’ portion of the title.