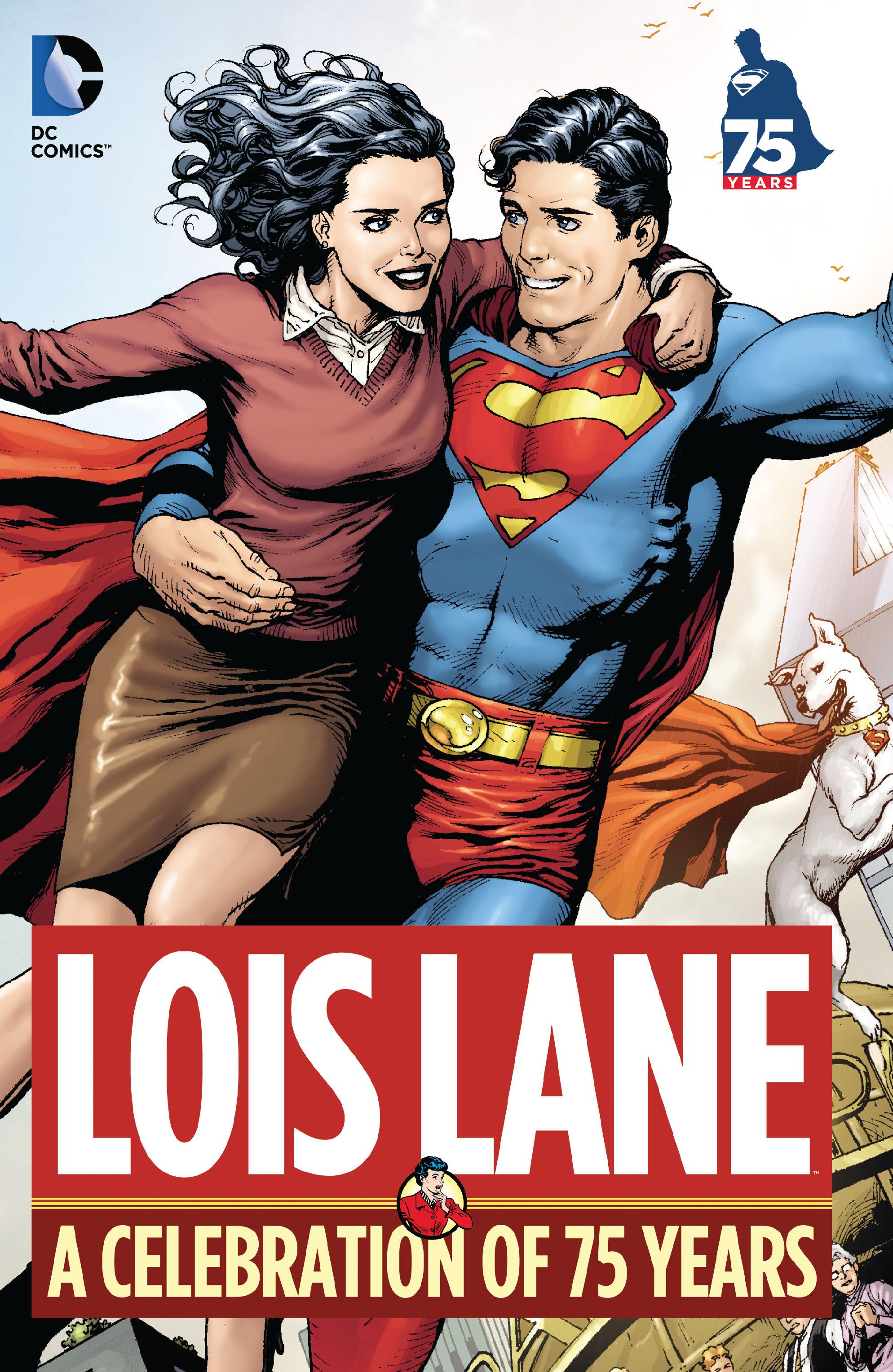 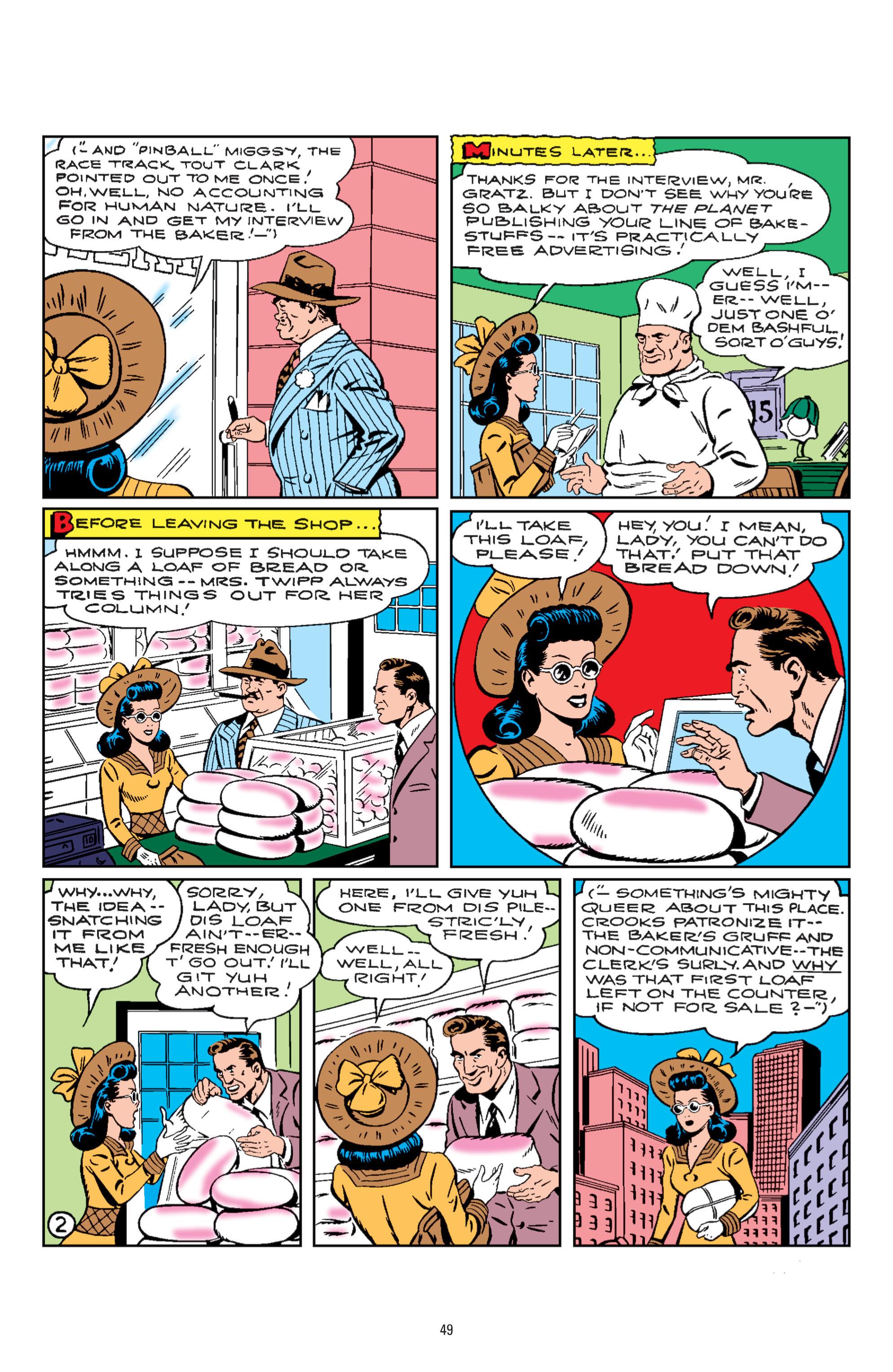 Lois Lane appeared in the very first Superman story, and her career in comics splits very neatly into three periods. She was created by Jerry Siegel and Joe Shuster based on a high school student Siegel seemingly had a crush on, and one hopes the contempt she showed for Clark Kent on so many occasions was fictional. This early Lois was portrayed as a capable journalist coming to resemble the dedicated and inspirational Hildy Johnson from the 1940 film His Girl Friday. This gradually morphed into the still capable woman utterly devoted to discovering Superman’s secret identity and concocting any amount of schemes to reveal he was the person she currently suspected. Since the early 1970s she’s been treated with more dignity, and from a decade beyond that she’s become ever more self-reliant, her journalistic investigations often the story springboards, almost bringing her full circle.

That she’s not super powered, but lives in a world of people who are adds a humanity to her earliest appearances that’s often absent from other superhero material of the time. Yes, the work’s crude, but from the very start there’s something captivating about Lois and her presence, and once other artists replace Shuster (sample page is by Ed Dobrotka) there’s the visual quality he couldn’t always manage.

By the late 1950s Lois was popular enough to star in her own comic, albeit with the prefix “Superman’s Girlfriend”. Her plots to convince Superman to marry her and her attempts to discover his civilian identity really shift into high gear. These are relentlessly improbable stories, yet simultaneously still entertaining in a camp fashion, and Kurt Schaffenberger’s art is charming and elegant. Jaws will drop, however, at Robert Kanigher’s 1970 script in which Lois becomes a black woman for a day to expose social problems.

There’s then a sixteen year jump to John Byrne’s reboot of the entire Superman mythos in which Lois Lane almost reverts to her earliest incarnation, minus the mean-spirited attitude. The creators of the 1980s and 1990s do their jobs well, as the soap opera elements incidental to Lois Lane’s appearances have no resolution, yet consistently intrigue. The same can’t always be said for the superhero sections, and an alternative presentation method might have been to excerpt, excising Superman’s battle with Silver Banshee superfluous to the Lois Lane content.

This is also a surprising collection with wide-ranging approaches. There’s room for Barbara Kesel and Amanda Conner’s good Lois solo outing, by the 1990s very rare indeed. We also have the visionary work of Grant Morrison and Frank Quitely, a cleverly written tale from Phil Jiminez and Joe Kelly in which Lois compares herself to Wonder Woman and an unbearable Lois with a cold by Kathyrn Immonen and Tonči Zonić.

It comes as some surprise to turn the final page and realise this is a better collection than almost all others in 75 Years series. A significant factor is there being very few pages of poor art. Some of the earlier material is old-fashioned, anchored to its era, but it’s all produced to a high standard. Furthermore while stories of Lois’ obsessions and fantasies have a ridiculous quality, they retain an interest even if its as camp chic, whereas 1950s and 1960s superhero material from DC can be plain dull. The book’s rounded off with a dozen covers featuring Lois over the years, a compressed exercise in her progression, and so viable when some might have preferred another short story.

Perhaps you’ve considered over the years Lois Lane is not a character for you. You might be surprised. This is excellent.