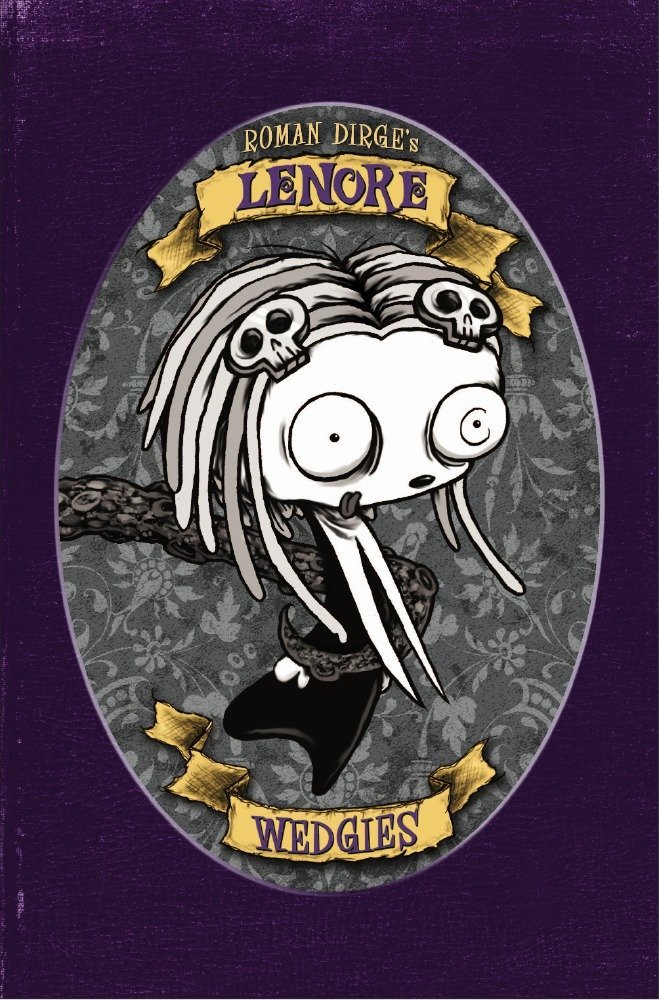 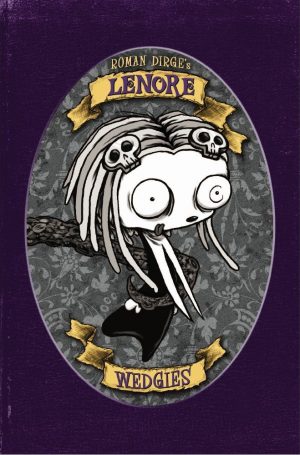 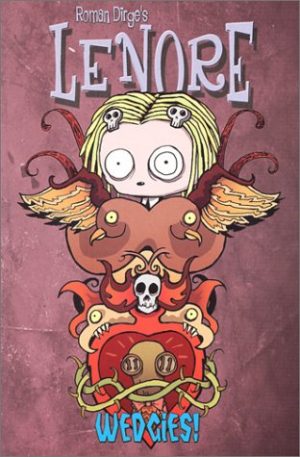 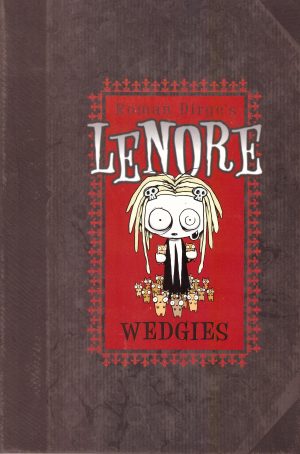 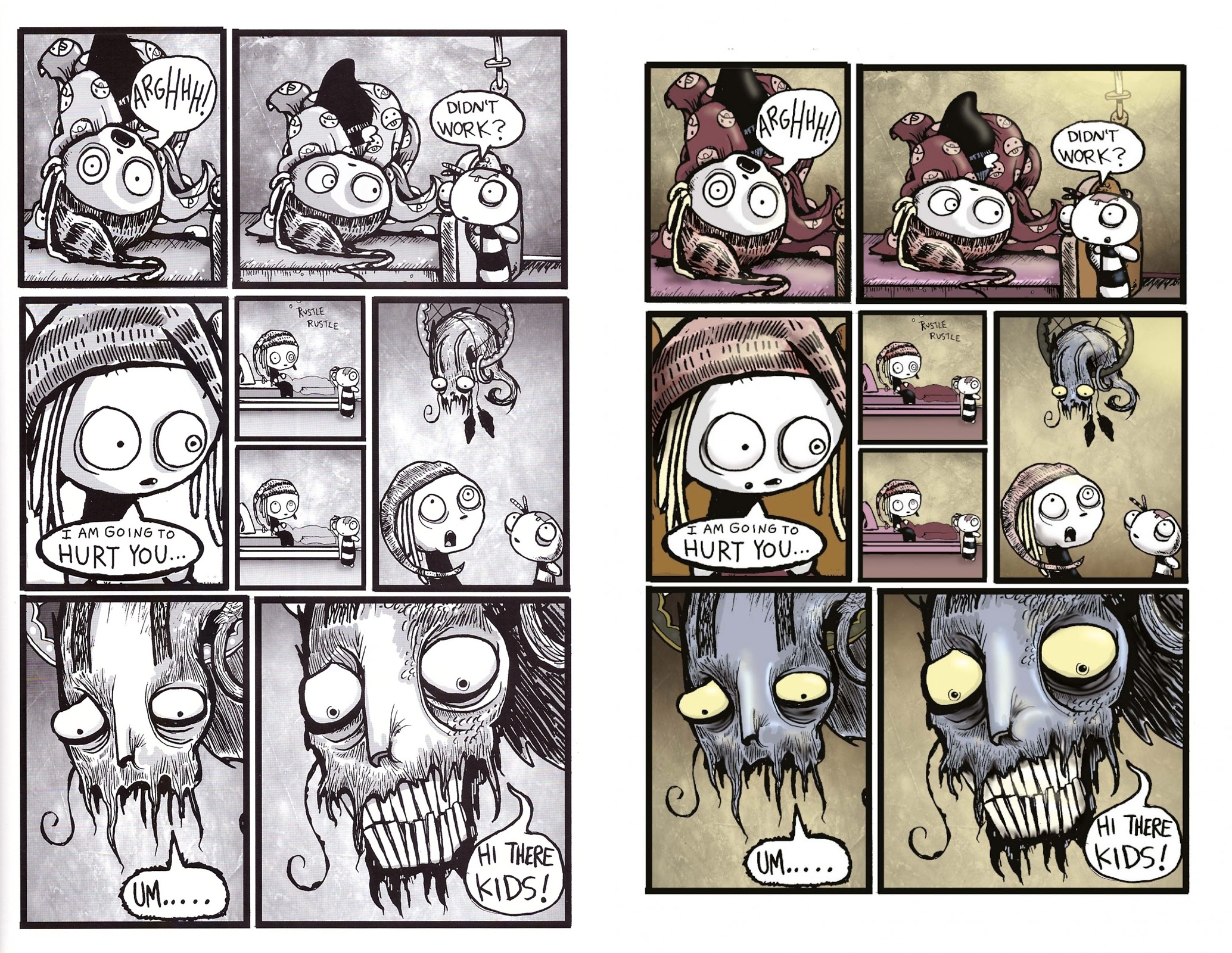 Roman Dirge continues to tread his own path with a second volume of the homicidal little dead girl, Lenore. The difference between Wedgies and the previous Noogies is an ambition to present stories running slightly longer than five pages, two over doubling that page count. However, as before, Dirge has an extremely decompressed method of telling a story involving a lot of pauses for atmosphere, and glances for mood, so these remain very rapid reads despite their length. One sees Lenore make novel use of a dreamcatcher, and in any other series the second would be the series finale, but here Lenore will be back for Cooties.

Again, as before, Dirge mixes his Lenore stories with other material, which has a wide spread, but similar tone to the title strip. It ranges from a ladybird’s revenge, to more sadness for the Easter bunny. If anyone comes out of a strip alive and with their limbs intact they’re doing well. The exceptions are the ‘Things Inolving Me’ strips, semi-autobiographical one pagers with anecdotes about Dirge’s own life, although they also involve considerable accidental harm, along with the embarrassment of looking as if you’re gay in front of a girl you fancy. These contain ideas that won’t easily slot into Lenore’s life, and the best of them has him drinking for a friend.

Once again, as before, there’s no shortage of people who find Dirge’s contrast of the cute and the macabre inventive and charming. His art does have an appeal, a sketchy child-like simplicity into which he’s able to weave some really gross details. Try reading a Lenore story and imagine it drawn instead by a graphic realist for a stomach churning experience.

And twice again, as before, Wedgies was initially published in black and white, with success leading to colour reprints. The sample art supplies the comparison. In practice, it means the blood is red rather than black. 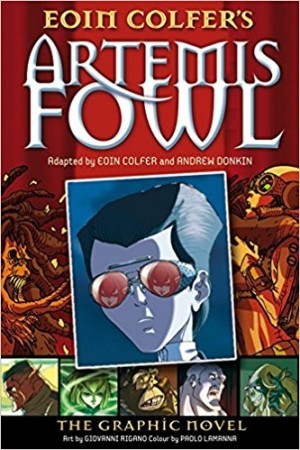 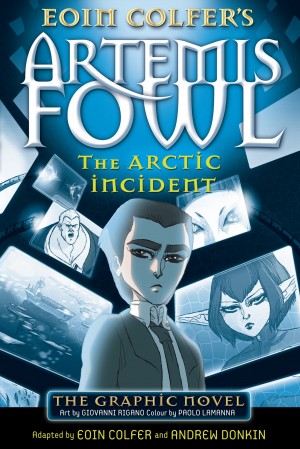 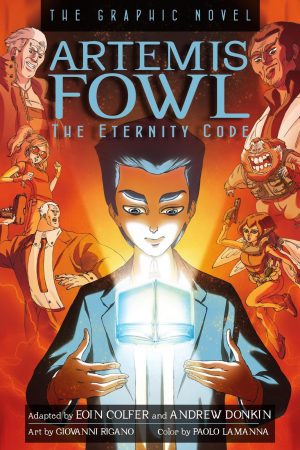 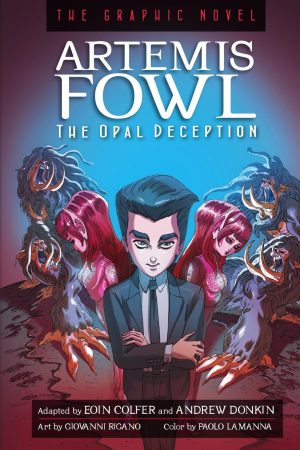