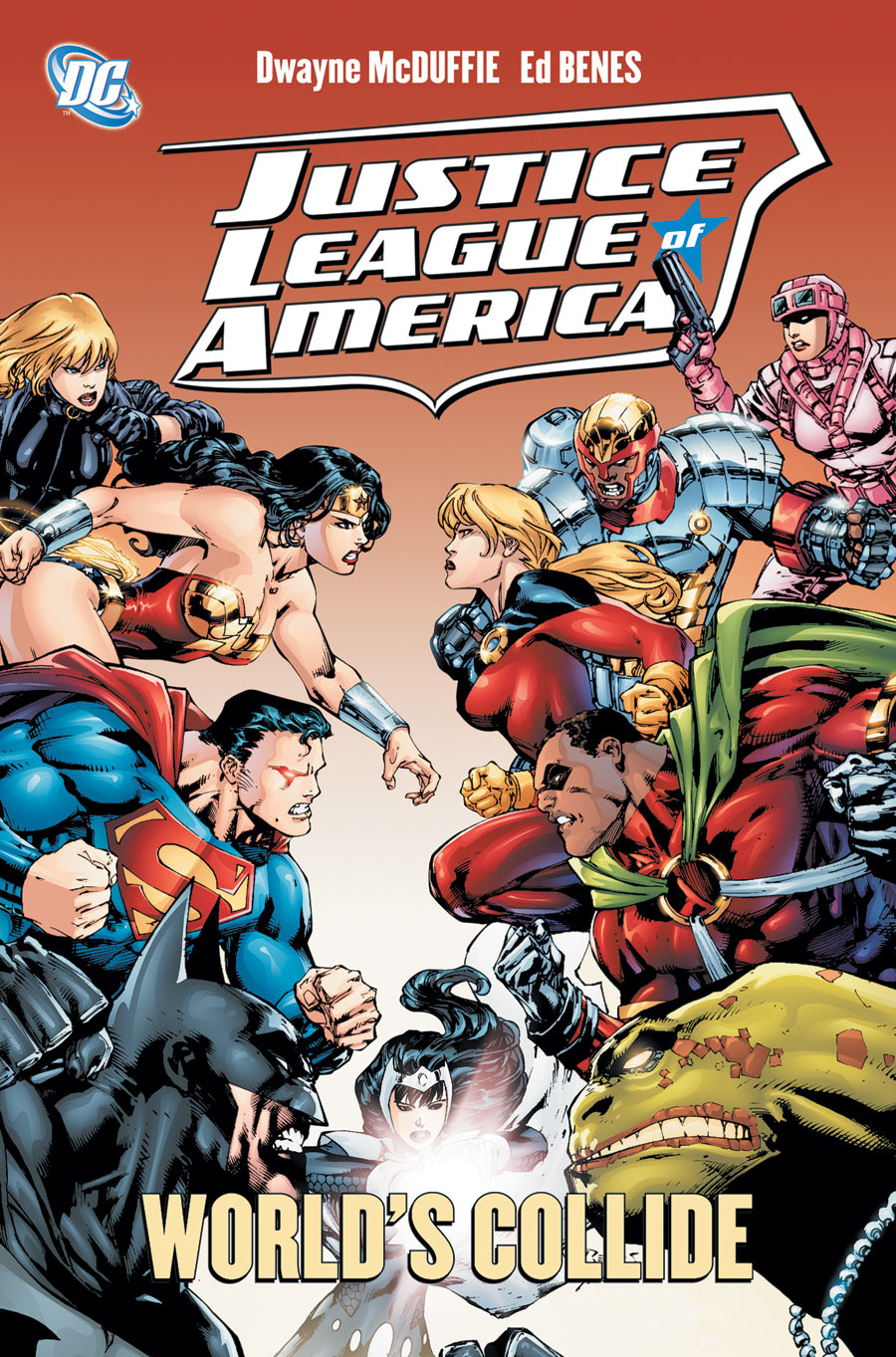 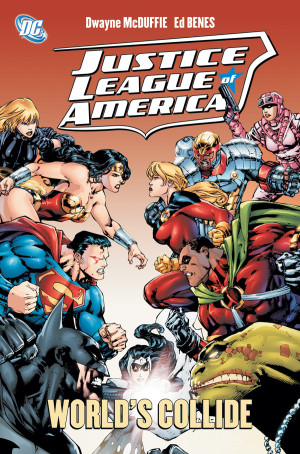 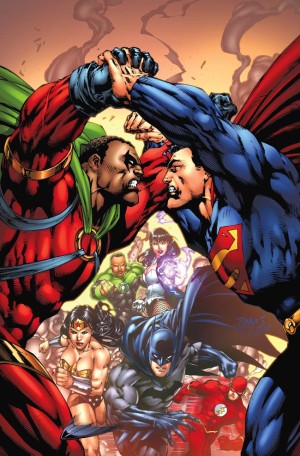 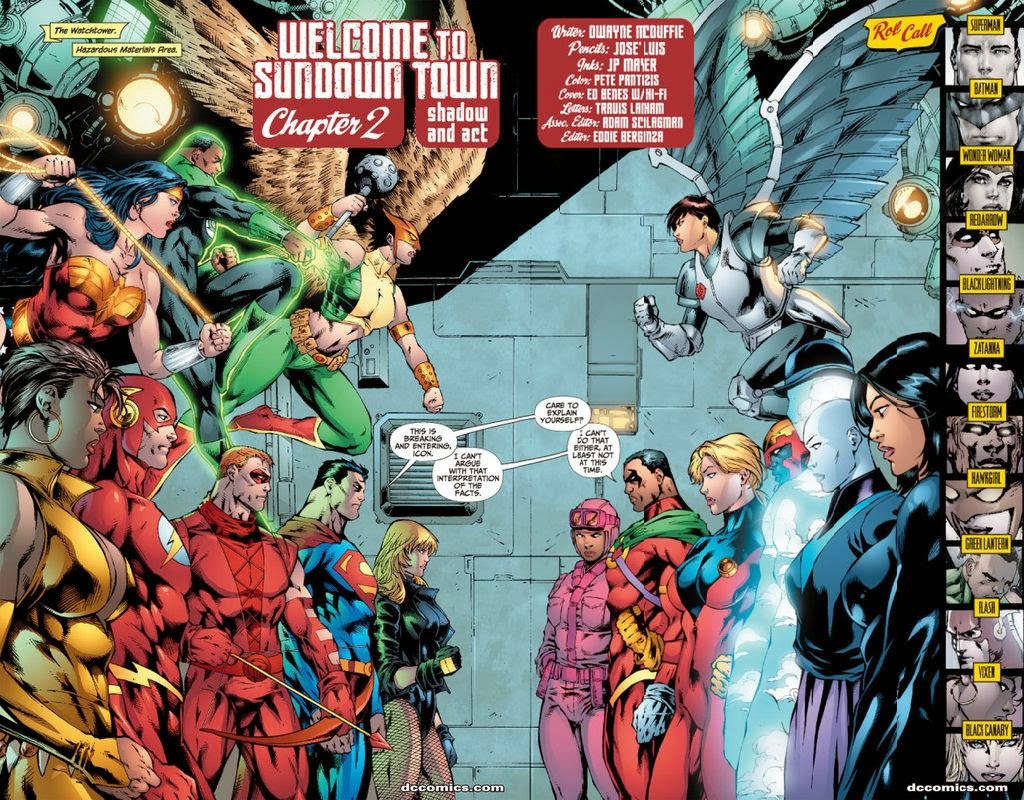 Building on the events of Second Coming, When Worlds Collide is set partly before Final Crisis, and the aftermath of those events depicts a League decimated and reeling. Dwayne McDuffie worked with the story presented to him by previous writer Brad Meltzer, drew it to conclusion and stamped his own identity on the characters. His run is driven by the cast as they operate while trying to deal with grief, disappointment, betrayal and tensions within the team. It’s the humanity that McDuffie infuses his characters with and the lashings of dark sarcastic humour that are his trademark. All the while there have been little nods to his work on the Justice League animated series, especially the development of Green Lantern John Stewart and Vixen in this far more ethnically diverse team.

The smaller team including Zatanna, Firestorm and Dr Light (Kimiyo Hoshi a character reintroduced and central to this book) as well as McDuffie’s creations Icon and The Shadow Cabinet give it a distinct feel. This is McDuffie’s story, his Justice league. Additionally, When Worlds Collide builds on a 1994 company cross-over between Milestone Comics and DC called Worlds Collide, which creates the background for this. McDuffie was a writer on that project and also a founder of Milestone Comics, so this is the introduction of those characters into the DC universe.

The League finds itself at odds with the Shadow Cabinet, working to restore Kimiyo Hoshi’s powers (stolen years before by the villainous Dr Light), and later finding themselves working together to keep the balance of the universe against the Starbreaker. In between McDuffie weaves tension and tragedy as the League falters, splinters and subsequently struggles to hold itself together. There is also a homage to the Dennis O’Neil And Neal Adams Green Lantern/Green Arrow stories of the early 1970s, viewing things from Black Canary’s perspective.

Don’t judge this book by its disappointing cover as the artwork is very good. Ed Benes is back working with McDuffie for a single story introducing The Shadow Cabinet, and Rags Morales provides some  dazzling illustration. Morales’ inking partner John Dell and colourist Pete Pantazis deserve a special mention for brilliant use of colour and contrasts to create a really brooding atmosphere.

Past collections of McDuffie’s run suffered from too contributing many artists but this doesn’t occur here. In fact it benefits from  contrasting artistic styles. José Luís gives the League a battle-hardened edge, and Shane Davis and Sandra Hope capture the league at breaking point with big open frames that highlight tension and sadness. Ardian Syaf with Eddy Barrows provide a detailed and action-packed finale while still capturing that ever important ingredient of human emotion.

This was McDuffie’s story from beginning to end. He was just hitting the sweet spot when his run ended shortly after, allegedly fired for being too frank about what the creation process involved when it was published in a gossip column. Sadly, he passed away unexpectedly in February 2011. McDuffie’s legacy of positive ethnic portrayal is felt throughout his work on the Justice League of America and in other media and in that light, When Worlds Collide is a rather fitting end to his run. 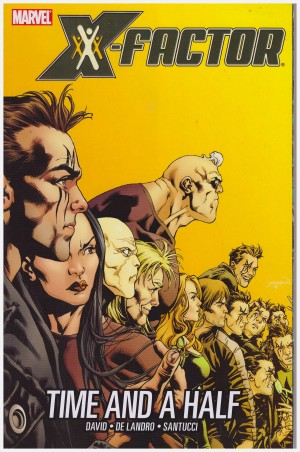 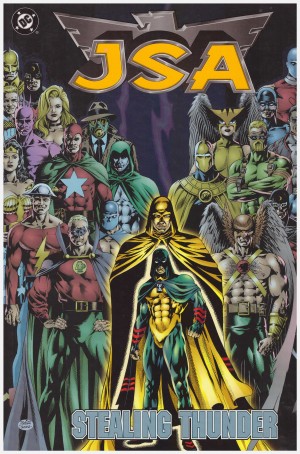