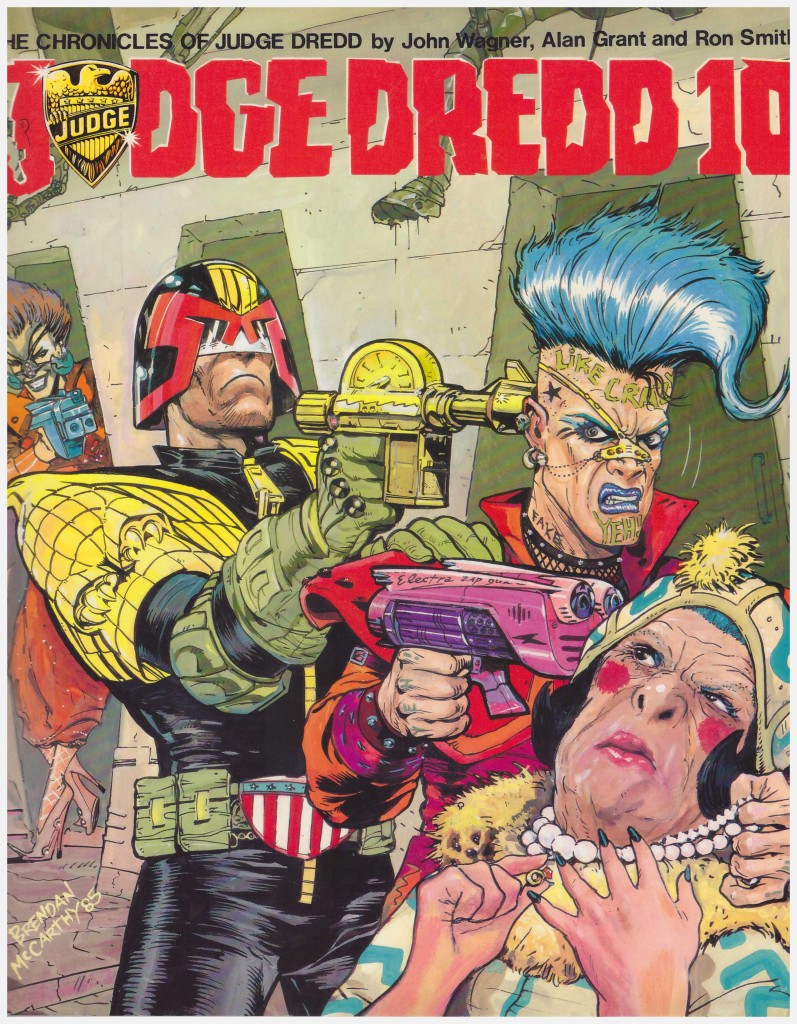 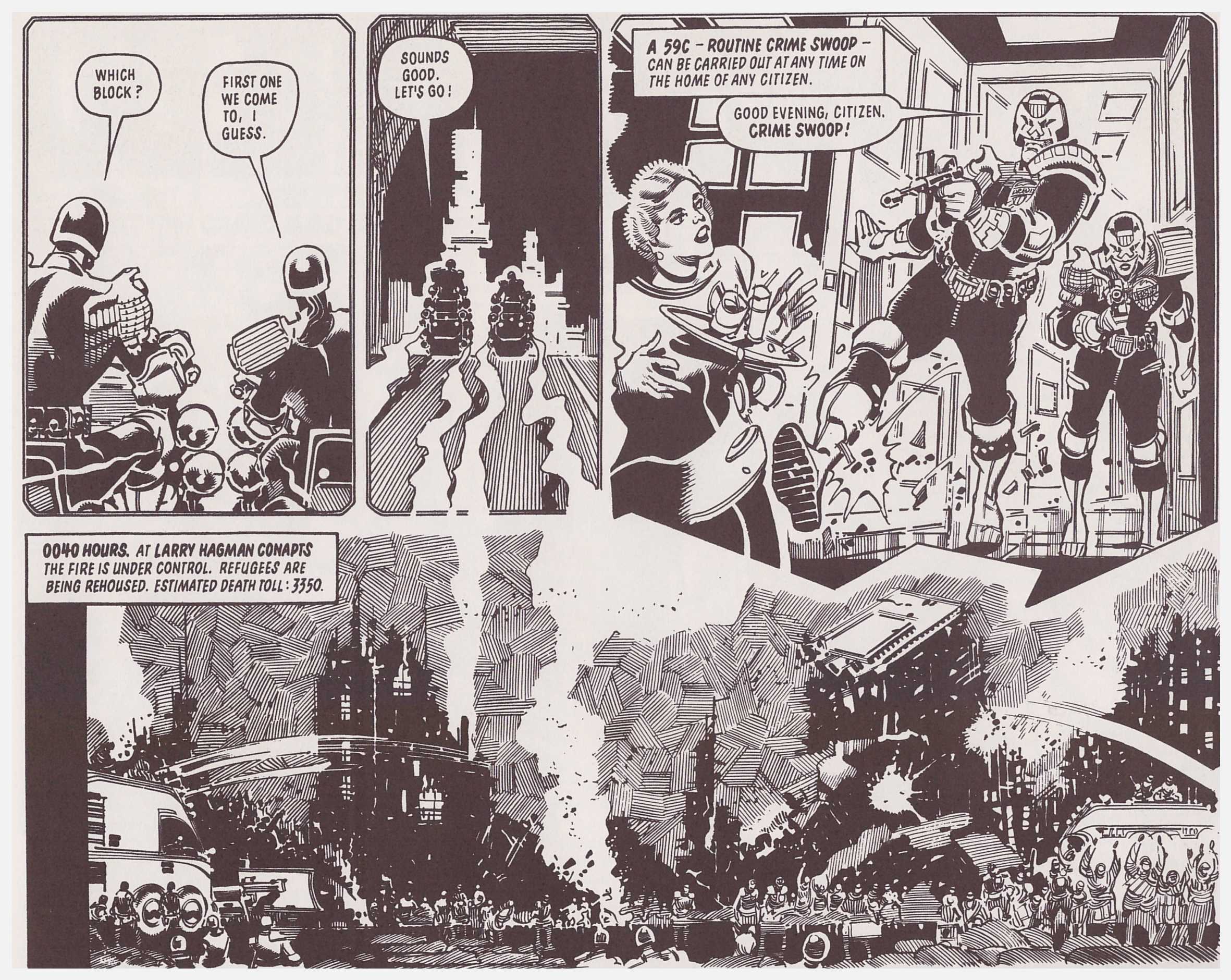 The bulk of this collection of Ron Smith’s Judge Dredd strips is ‘The Graveyard Shift’, a seven part serial recounting the experiences of a team of judges on an eight hour night shift starting at 8pm. Writers John Wagner and Alan Grant had never revealed the judges’ standard patrol in such detail, and they maintain a level of high alert with crimes ranging from the relatively simple likes of illegal bouncers to full scale block wars. Using the TV documentary formula, the intensity never drops and they still manage to deliver the usual dose of eccentricity and humour. It’s a storytelling masterclass elevated by Smith’s astonishing willingness to deliver crowd scene after crowd scene among his familiar dynamic art. It may have been revealed previously, but the sleep machine is a great idea. After an exhausting shift the judges collapse into the sleep machine, and ten minutes comatose delivers the benefits usually requiring a full night’s sleep, so the judges are back on patrol by 5am.

The following three stories can be read individually, but have the connecting thread of Dredd questioning his suitability to uphold the law. His doubts begin when he shoots an escaping mugger and later reflects that with his abilities he ought to have been able to stop the criminal without killing him. Has Dredd overstepped the mark? It’s an interesting starting point, and the story begins with a great set piece of the Apocalypse War Parade, Dredd resignedly noting more people are celebrating the war than commemorating the dead. For all the potential, it’s wrapped up very quickly, and the assumption is that Dredd questioning himself was a topic in which Wagner and Grant ultimately had little interest.

Almost alone among the artists spotlighted in the Titan Judge Dredd reprint series, Ron Smith never provided new cover art. The suspicion is that the money on offer wasn’t tempting enough. While a shame, the benefit for this and other volumes are great Brendan McCarthy covers. 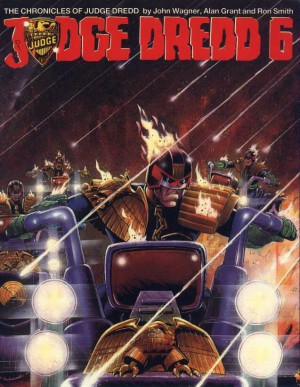 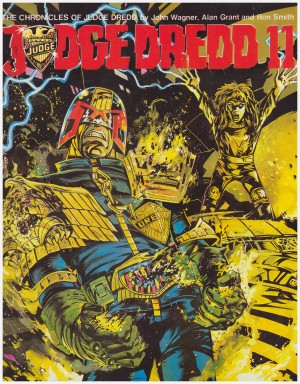