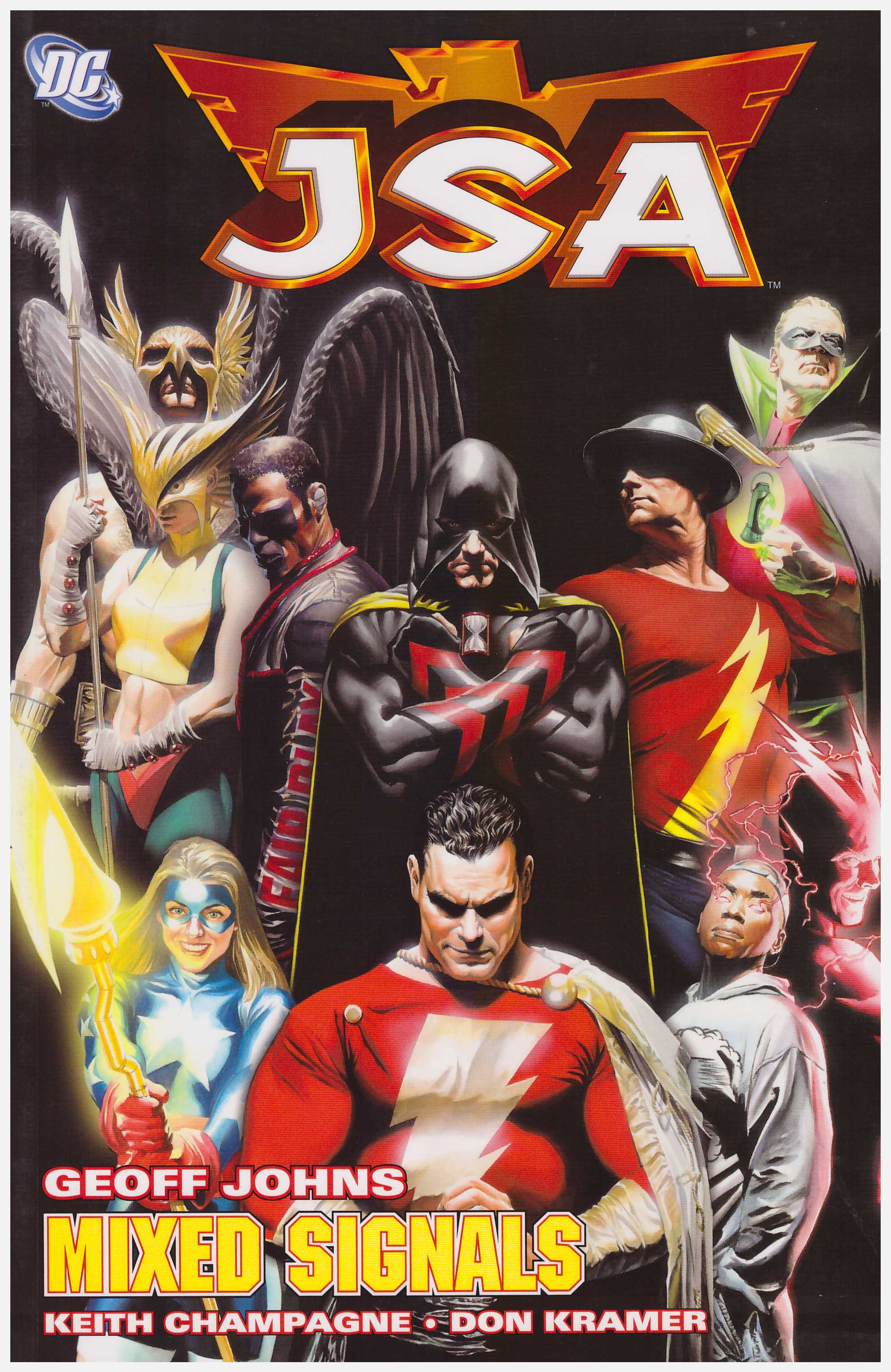 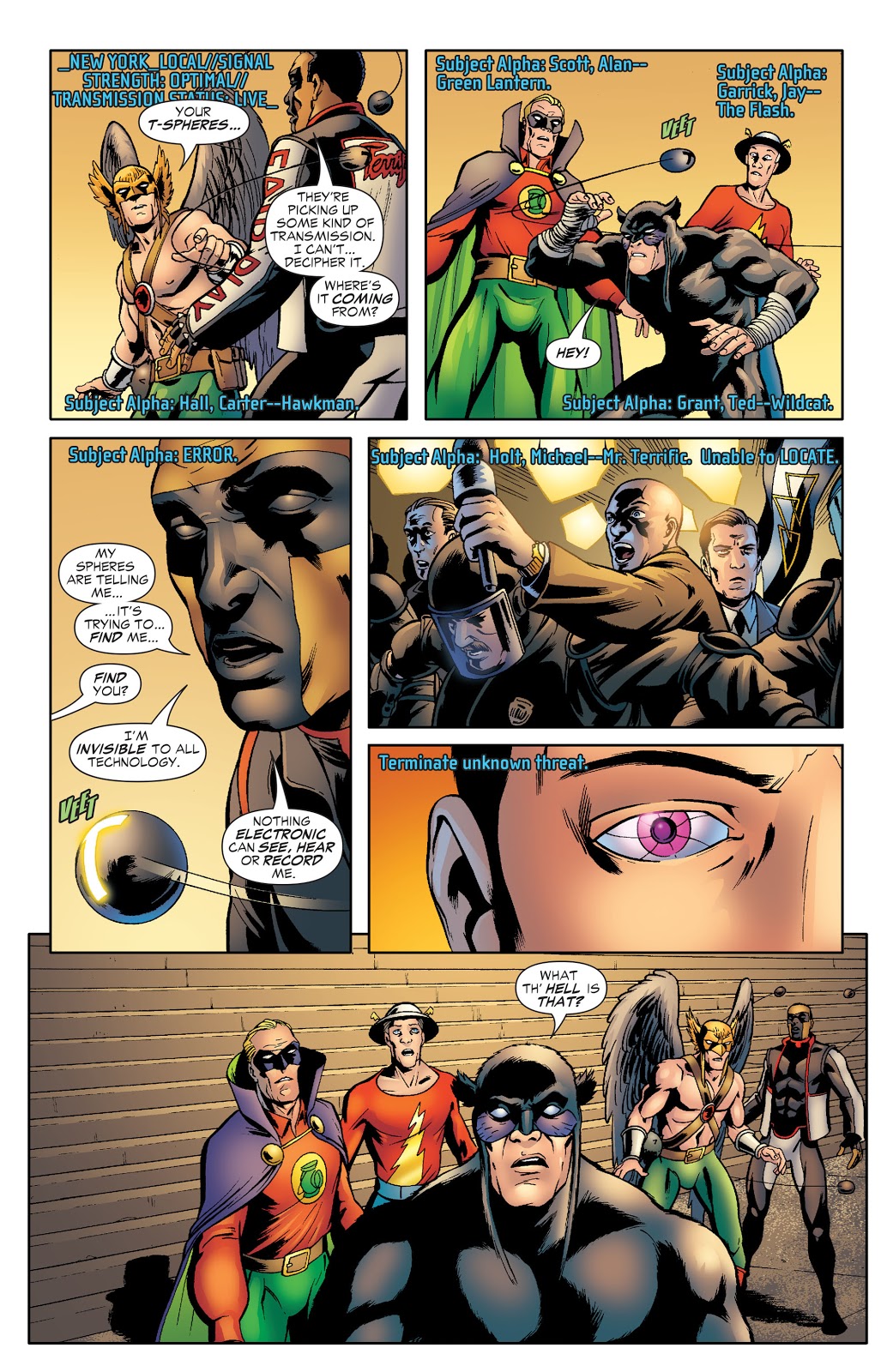 This slim volume is very much the runt of the litter as far as JSA collections are concerned. Half the material gathered is written by Keith Champagne involving a battle in the fifth dimension, where Jakeem Thunder’s Thunderbolt resides. The problem with delving too far into the logic of magic is that it makes little sense. Magic is magic, and explanations such as “magic’s out of whack” hardly aid the coherency, coming across more as an excuse for lazy plotting. This sequence lacks the charm, detail and tension that Geoff Johns usually supplies, despite the universe-altering threat of Mordru.

The disappointment extends beyond Johns only providing half the material, though. His contributions are below par, possibly due to having to pack in so many plot details referring to the then current Infinite Crisis series. Shoehorning these in leaves less space for the fine moments of characterisation so entwined with Johns’ writing on this title. That would be the excuse for his first chapter, with a few good Atom Smasher moments, but his second barely features the JSA at all as two Green Lanterns accompany an ailing Air Wave, halfway across the universe.

The best Johns chapter is his last story for the title, focusing on Stargirl, his earliest assignment for DC in her solo title, and transformed into the heart the JSA during his run. It’s okay, but says nothing new. Were it a chapter midway through the run it would merely be treading water, but as his finale it disappoints, although the art by Dale Eaglesham is pointer to the future. Together with Eaglesham Johns returns to the JSA in its reincarnated guise as the more formal Justice Society of America, while the final JSA volume Ghost Stories is written by someone returning to the team after almost 30 years. 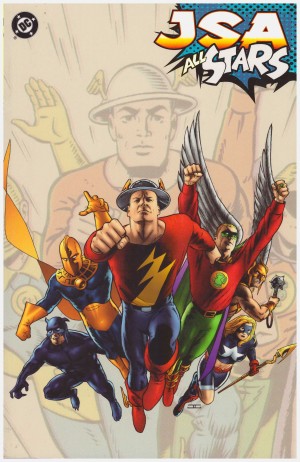 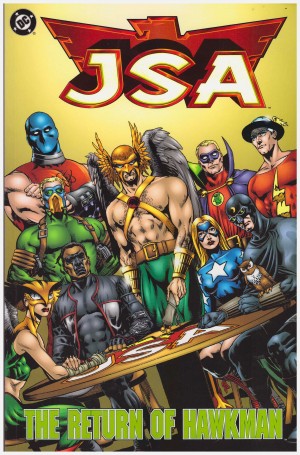 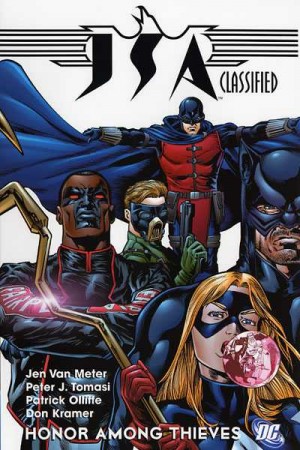 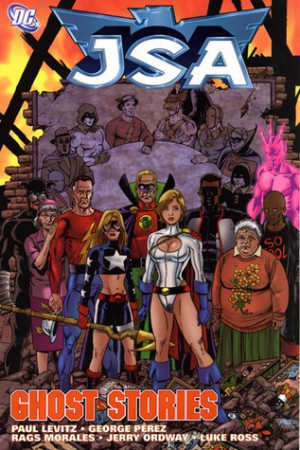