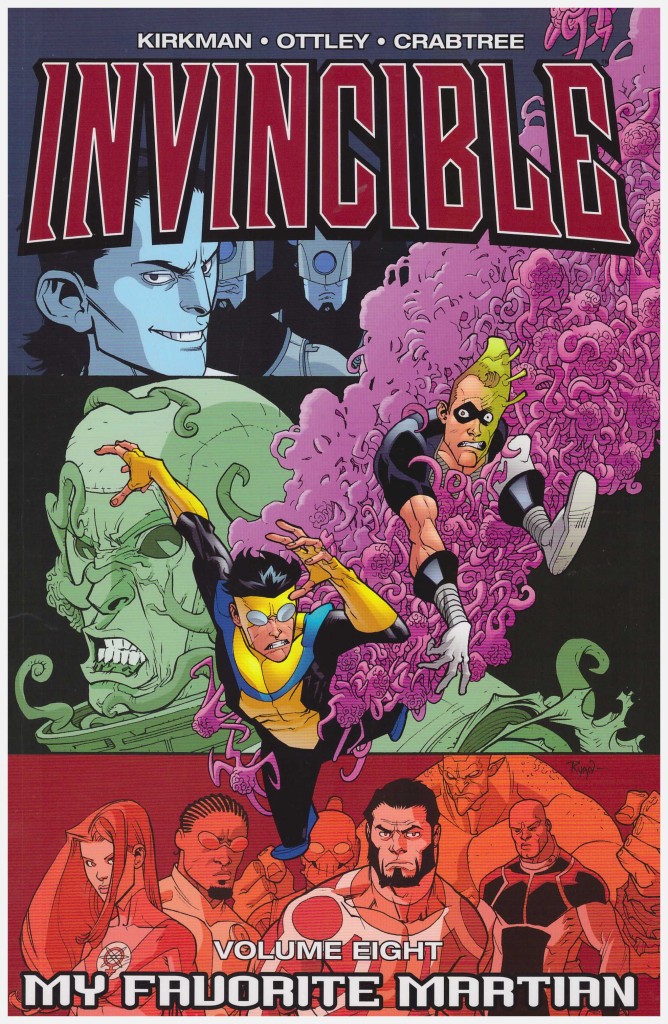 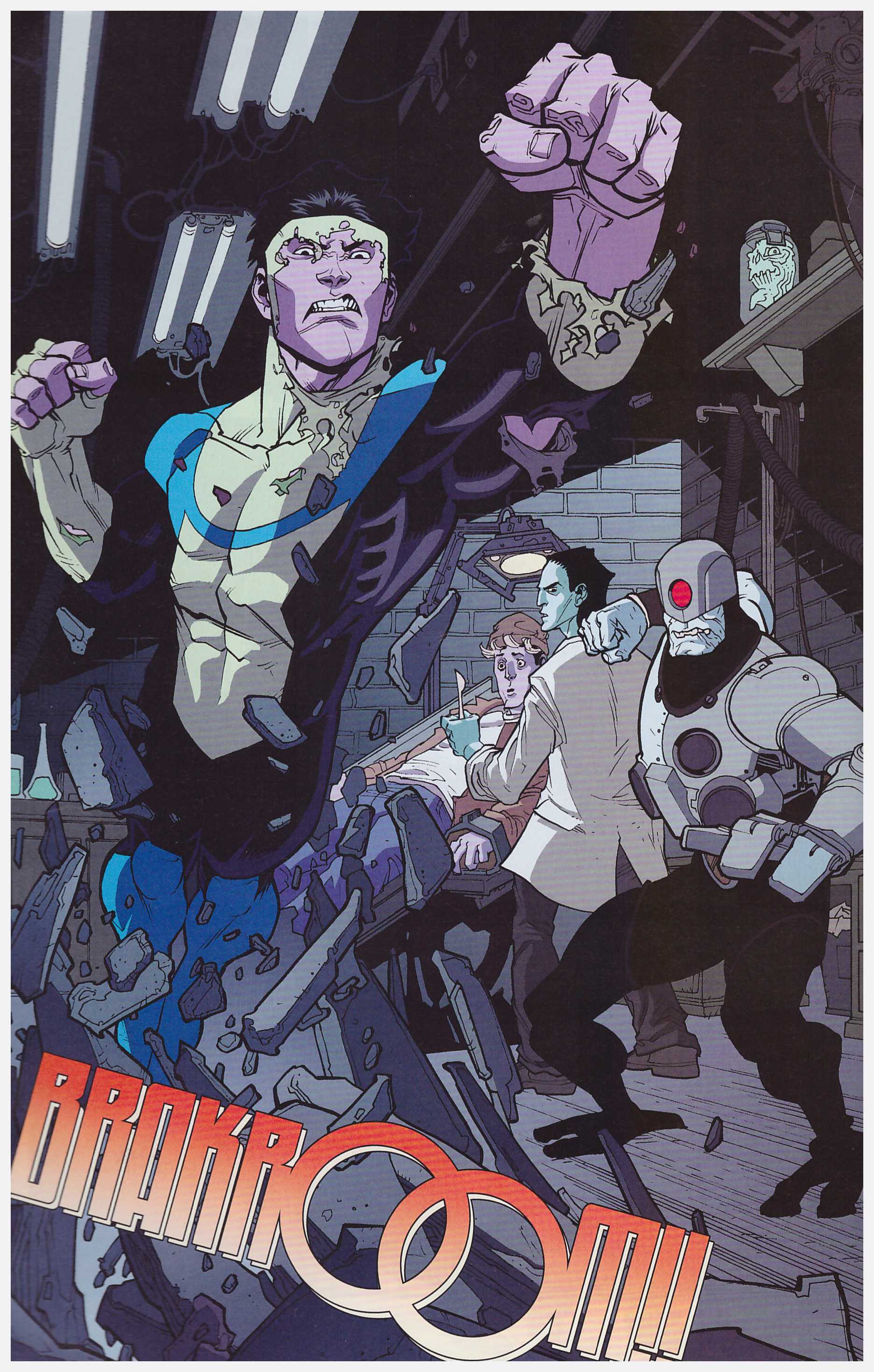 Robert Kirkman continues titling Invincible collections with the names of old TV shows by heading back to the 1960s for volume eight. The significance isn’t immediately apparent, with a number of contenders jostling for relevance. We have the always welcome return of cyclopean alien Allen, another vicious Viltrumite, and, then in the final chapter the Martian itself, although considering it a favourite is a stretch originating perhaps in it being the only Martian Invincible knows.

As from the opening volume, Kirkman’s juggling of soap opera, space opera and superheroics is an irresistible mix for those who prefer a lighter touch applied to their superheroes. In his introduction Ryan Ottley concedes to finding the title addictive, and replenishing the fun in a genre then dominated by darkness. There’s an element of considering he would say that, what with being the artist, but his joy shines through. The pages are, as ever polished and diverse, the storytelling clear, and he puts that effort in with a gruesome imagination as an alien threat occupies around half the book.

This is astutely scripted by Kirkman who maintains the suspense by switching focus between Invincible and a band of heroes facing a threat in space while another group face a bunch of villains who’ve occupied the USA’s missile silos. The Lizard League, for it is they, are obviously inspired by Marvel’s Serpent Squad, but Kirkman takes the ridiculous concept of a bunch of villains with lizard-related powers and converts them into a credible threat.

Before then we have the frankly ridiculous Doc Seismic, but that’s okay as he’s meant to be daft, and he’s just a method by which Kirkman introduces a revised iteration of the Guardians of the Globe. Monster and Robot are given increasing time in the spotlight, and there’s a reason for that as the series continues, Cecil Stedman’s revealed as the political pragmatist we always suspected, again with later consequences, and as for the Viltrumite, watch this space. As he throws in hints of what’s to come, Kirkman also closes off a few plots, including that of the disappearing students, that in very disturbing fashion.

In Three’s Company Invincible and Amber seemed to be getting along fine at last, yet Atom Eve is hanging around on the periphery, which might be a problem. Kirkman again manages to twist expectation with that plot, and it’s followed up in the next book, Out of this World.