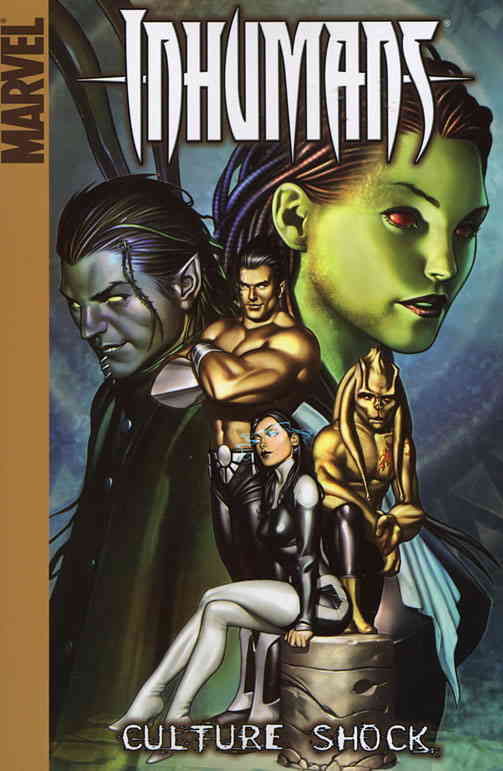 One of Marvel’s most venerable concepts underwent an odd partial reboot for the teen-angster generation with this incarnation of Jack Kirby’s Inhumans.

This race of fantastically varied beings had been genetically altered by the alien Kree in Earth’s pre-history, consequently becoming technologically advanced and separate from the morass of stone-age mankind. Subsequently they isolated themselves, but later relocated their entire civilisation to the Moon and gradually became known to the ordinary citizens of the world.

This is where we come in. Rather than concentrate on the super-heroic Black Bolt and the ruling family who’d been the focus of previous series, this outing takes a disparate group of younger Inhumans, and, thanks to orders from their Government, dumps them at a mid-western American university as an interplanetary, interspecies cultural exchange, where they fit in like a Lear-Jet at Crufts.

Taking the teenager’s universal betés noir of isolation, insecurity and self-image, and applying them with a healthy dose of refugee chic to the inescapable twin crucibles of growing up and fitting in always makes for a winning formula for the modern consumer. “Nobody understands me” and “Will you be my friend” may be sure-fire mantras for success, but it never hurts to throw in some cool, sexy, outrageous, sympathetic and, of course, evil hidden-agenda-setting characters, of which we have a full complement, both Inhuman and not. And of course the ordinary man in the street is always ready to welcome the eager, nervous students with his traditional animosity, placards and flaming torches

Sean McKeever’s script never falls into the mawkish, generic sentimentality that hampers so much of this sort of tale and never forgets that this is, ostensibly at least, a superhero-action vehicle. The art by Matthew Clark and Nelson is clear, precise and expressive: No mean feat when most of your leading cast are only nominally humanoid. This lets the story tell itself without intruding into the narrative contract.

All in all, a good beginning and a definite qualitative front-runner in this burgeoning genre of super-teen drama-roics. The only real quibble is the abrupt cessation of the story. There was never a second volume, but this content was re-presented with the final six chapters as Young Inhumans. 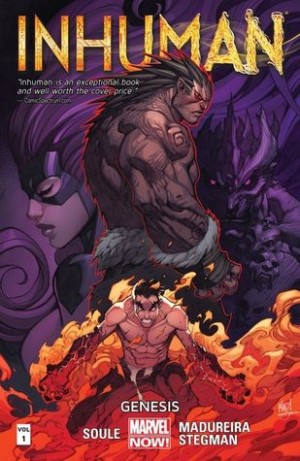 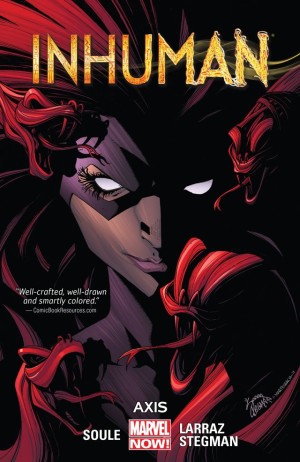