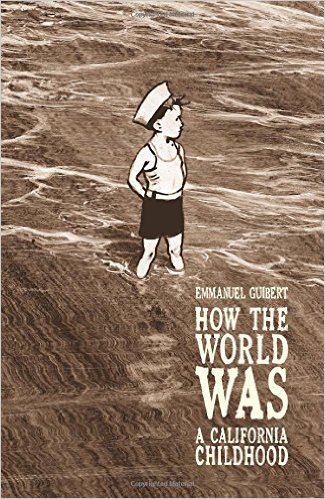 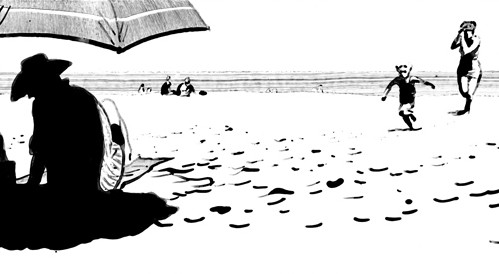 In 1994 French cartoonist, author and storyteller Emmanuel Guibert had a chance encounter with elderly American émigré Alan Cope. The latter was a veteran of World War II and, as they became firm friends, shared his memories of the conflict and his own modest part in it. Moved and inspired, Guibert reshaped those conversational recollections into a beguiling graphic memoir entitled La Guerre d’Alan. The first of three albums was released in 2000 – a year after Cope passed away – and debuted as English-language graphic novel Alan’s War in 2008.

Now, that immensely moving volume has been augmented by a wonderful prequel, also culled from those laconic chats between a young man of artistic mien and plain yet contemplative old guy with a long life to recall.

This second dip into the well of the Californian expatriate’s life – originally released in France in 2010 as L’enfance d’Alan – focuses on his formative years in the Golden State as it gradually turned from rural paradise into America’s smoggy, grimy industrial and entertainment powerhouse. Delivered in an understated, mesmeric, matter-of-fact manner, the frankly miraculous marriage of memory and narrative art opens in full colour at the end of Alan’s life before slipping into the monochrome past.

Cope was born in 1925 when California was still profoundly insular, distant and undeveloped. Here, through his graphic collaborator he shares the intimate daily details and observational minutia of a keen-eyed kid growing up in a loving family, regularly moving from place to place and generally getting by as honest, hardworking folks did in far simpler times.

Through anecdotes, opinions and intimate family secrets from three generations of the maternal Hanson and Cope dynasties, a gentle history of joy, tribulation and imperceptible progress unfolds, packed with magical visions of endless days, roller skating, safe and empty streets, pets and pals and pastimes. Thus all the fascinating insights and misapprehensions of the young and impressionable boy meld into an elegant and elegiac appraisal of a time, place and way of life we are all the poorer for having lost.

Guibert traces his departed friend’s growth in a world where nothing really happened, but did so with inexorable force in ways which could only be properly perceived from the distant safety of later decades.

This is a captivating and loving paean to lost days and a disappearing manner of living and thinking. It’s steeped in evocative charm and delivered with easy approachability, gentle humour, enchanting sensitivity and remarkable panache. 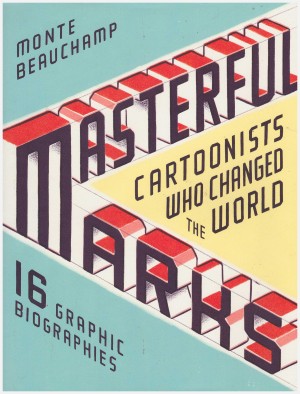