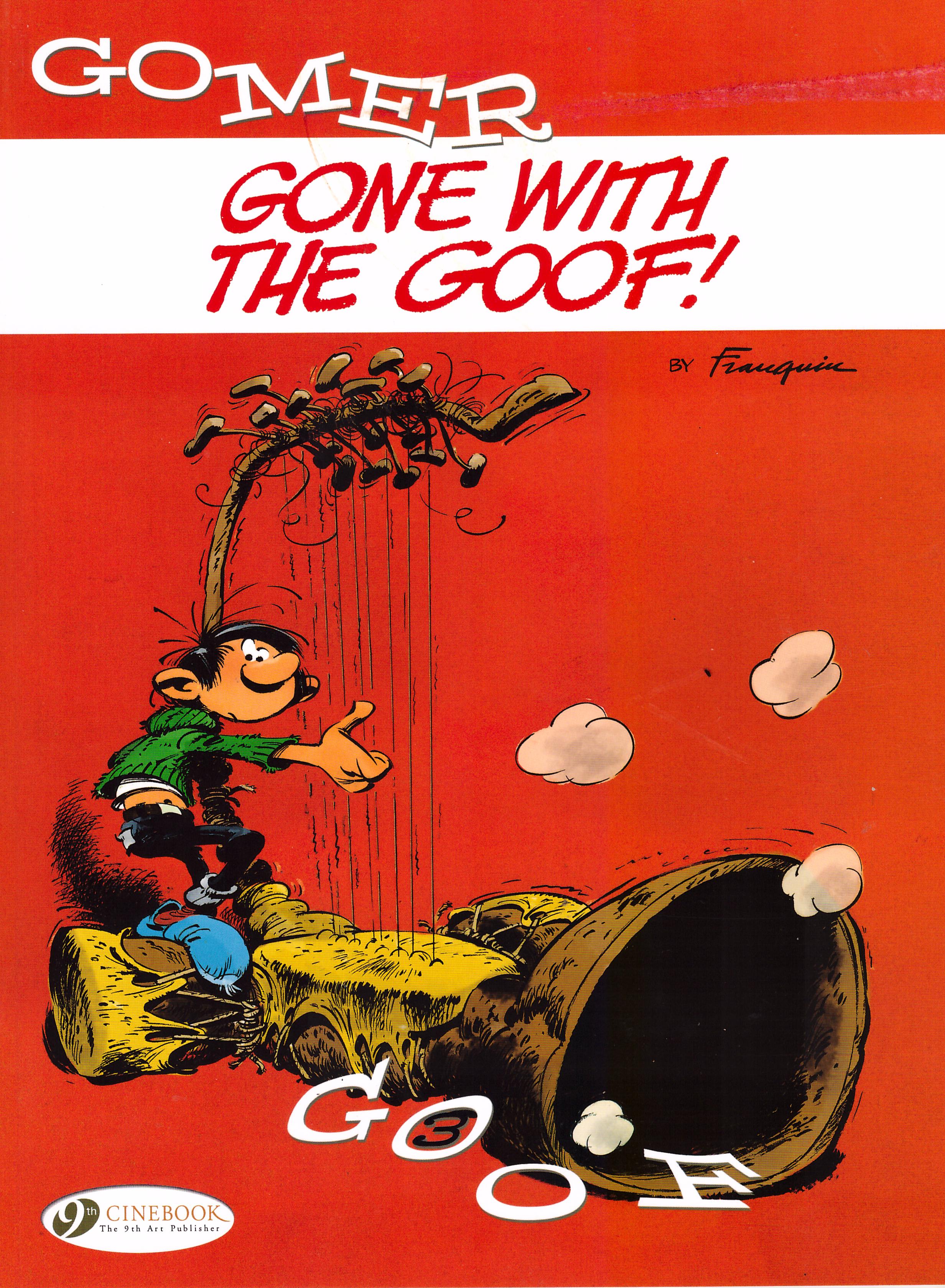 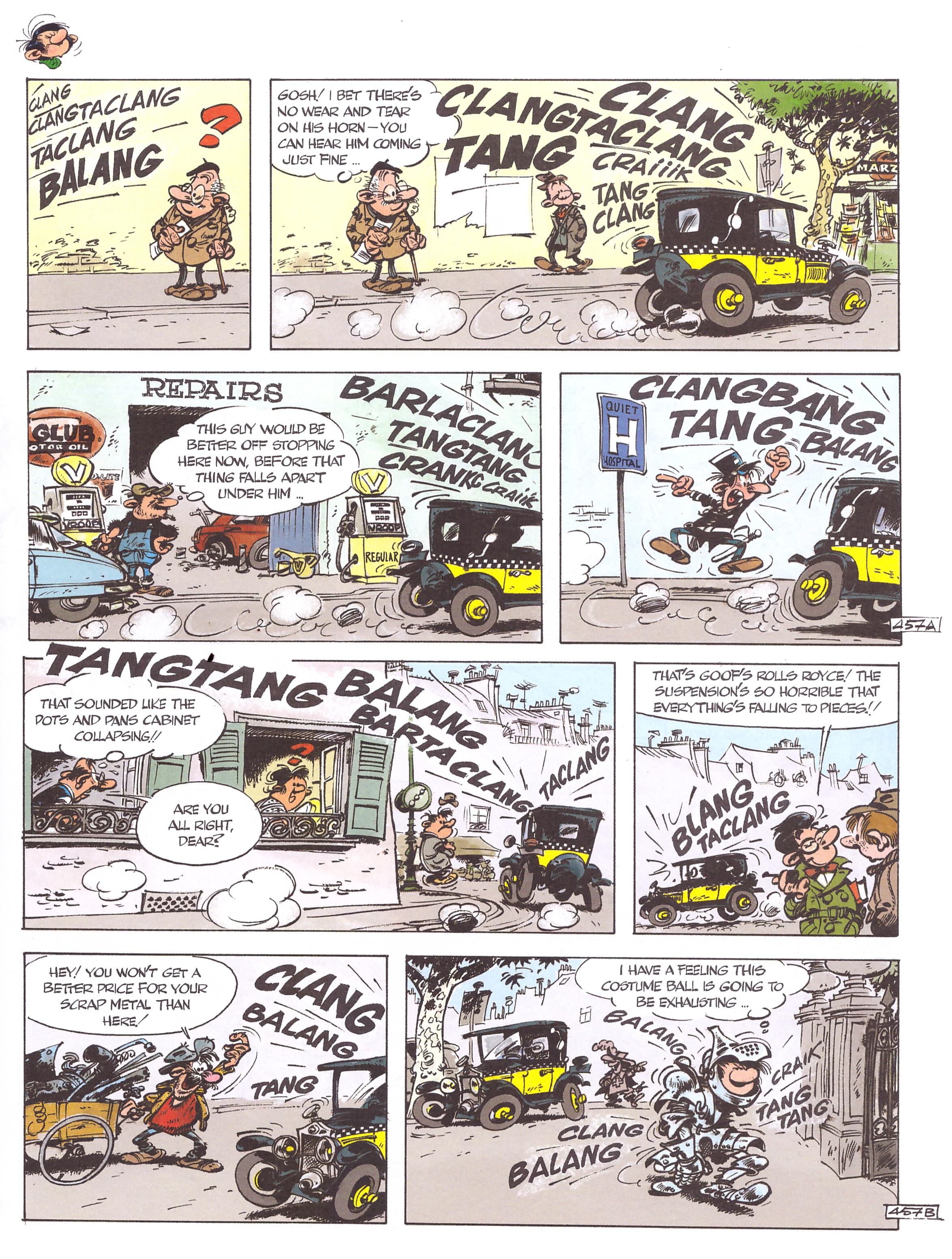 There have been some great indicators in the previous two Gomer Goof collections, but Gone with the Goof begins the five star material. André Franquin had previously been limited by having to produce the strips as half page gags, and text pieces in Mind the Goof! may have been accompanied by his illustrations, but weren’t written by him, and they overplayed the jokes. They’re gone, and by 1967 Franquin had a full page in Spirou to deliver his strips about the inventive, but idle office boy and he flourished. A prodigious natural cartoonist, Franquin was already almost twenty years into his career and there was nothing he needed to learn about his trade. These strips are almost perfection. They’re beautifully drawn, lively and utterly confident in defining personalities down to little nuances. The strips aren’t generally low on words, but it’s possible to look at most them and figure out what’s going on by looking at the art alone because Franquin has so perfectly captured the moods via his expressions.

A full page allowed Franquin to pace his slapstick gags better, but he never pads them out, and a sense of the ridiculous is never too far away, both aspects represented by the sample strip. Regular readers know Gomer’s car is considered a wreck by everyone else, so it’s no surprise that the engine is making one hell of a noise, but the preposterous conclusion is completely out of left field, and a great gag.

The device accompanying Gomer on the cover is the goofophone, from which Franquin gets plenty of mileage inside. It’s Gomer’s bespoke musical instrument, with bass tones so resonant and rumbling that in the right conditions they’re able to uproot telephone pylons. That being the case, disrupting the title logo is no problem at all. It’s added to the regular roster of jokes around Gomer’s laziness, the car, the constant disruption of the contracts being signed and Fantasio’s explosive reactions to the upheavals in his office. That last gag was pulled away from Franquin as elsewhere in Spirou continuity the fantasy that Fantasio was the comic’s managing editor ended, and from late in the book it’s the more mild-mannered Léon Prunelle charged with keeping Gomer under control.

While little known beyond Europe, Franquin is one of the world’s greatest ever cartoonists, and Gone with the Goof is among his best work. You owe it to yourself to take a look. Next is The Goof is Out There. 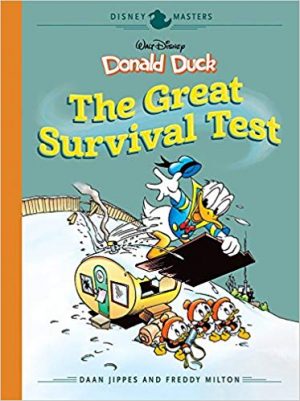