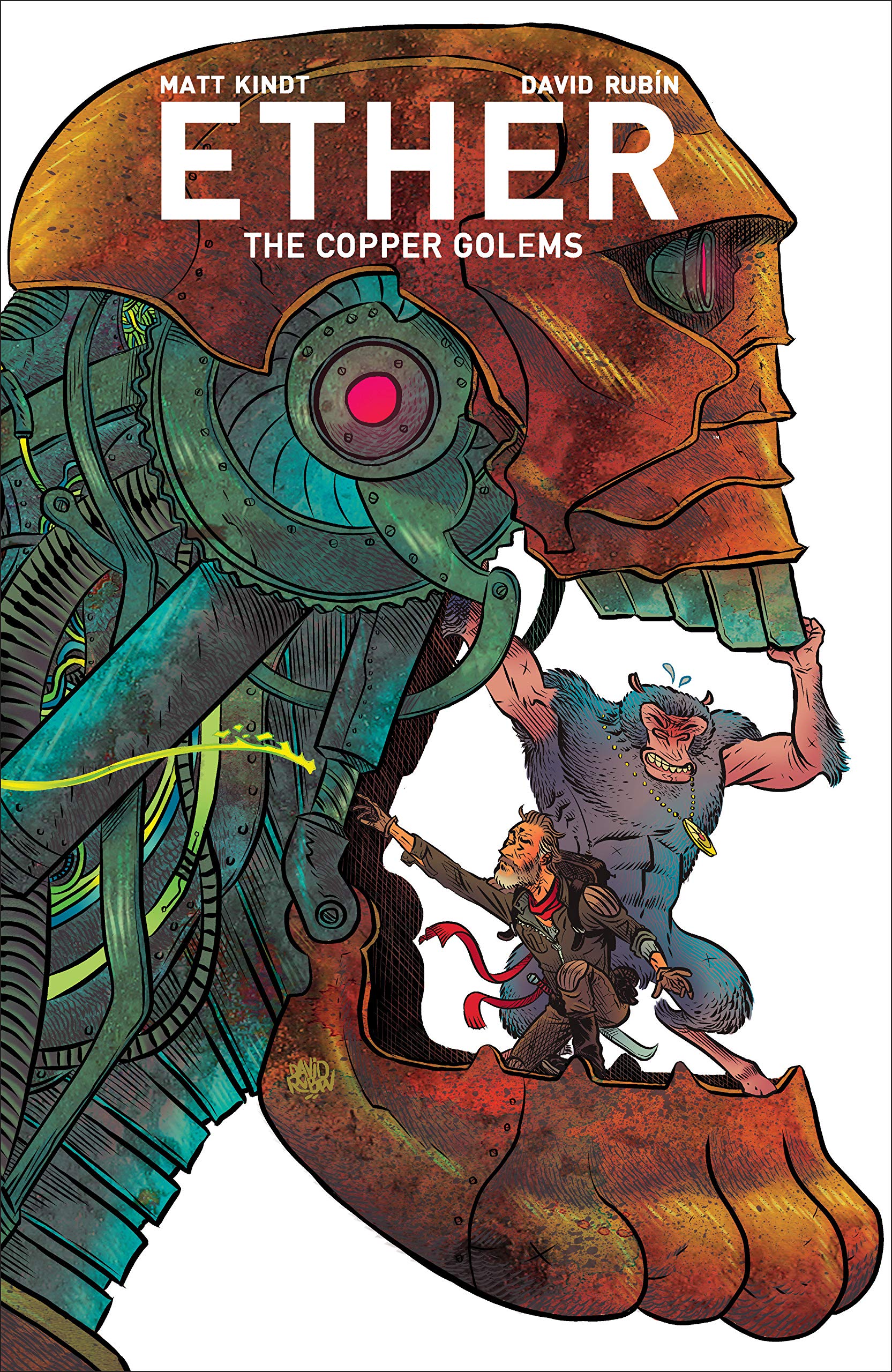 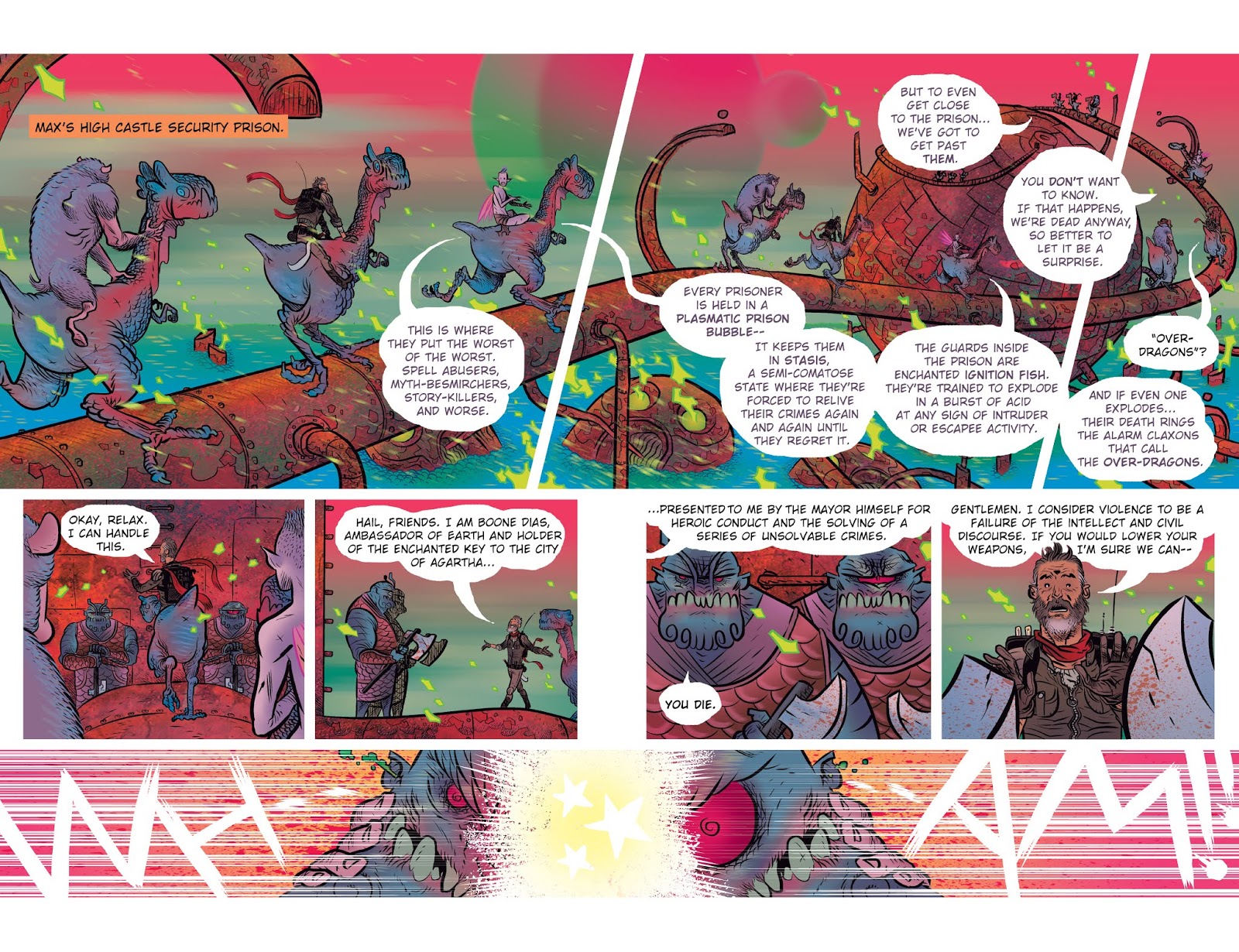 We’ve met Boone Dias before, on Earth, a vagrant living a hand to mouth existence, but in the magical realm of Ether and its capital Agartha he’s a respected hero, applying scientific principles unknown there to the solving of crimes. The most recent was seen in Death of the Last Golden Blaze, where the toll Ether has taken on Boone and his family was also laid out.

He may be in a Venetian jail, but circumstances are about to take a turn for the better as Boone is approached by the Agency. It seems he’s not the only human to know about Ether, and there are concerns that the Copper Golems are about to breach the barrier keeping them from Earth.

Almost in passing Kindt supplies a suitably creative explanation for Ether and how it came into being, and that’s in a story characterised by clever solutions being applied to seemingly impossible problems. The contrast between the pitiful figure Boone presents on Earth and the confident, composed thinker he is in Agartha makes for an endearingly fallible hero, and he’s entertainingly eccentric. A brilliantly conceived scene in the second chapter has Boone challenge a powerful wizard with what he calls a riddle, but it’s a logic puzzle, and the challenge of it will surely prove irresistible to any reader.

As previously, David Rubín’s cartooning evolves amazing vistas and stunningly designed exotic creatures. Boone picks up some new allies, and the brutally confident Grandor is an incredible design for a bull man, and there’s not a page where Rubín isn’t equal to Kindt’s switches into another exotic location. At one point Boone remarks how it’s wonderful what the human imagination can come up with, and Rubín’s art underlines the sentiment. The sample spread is business as usual for Ether artistically, as Rubín’s page layouts are continually astonishing, and when he needs to toward the end, he switches effortlessly to other artistic styles for a page or two.

To propel The Copper Golems at such an incredible pace requires a continual stream of workable ideas, and Kindt just keeps them coming, each concept more marvellous than the last, with Boone’s casual acceptance of whatever’s thrown at him delightful. However, this isn’t just first rate sci-fi/fantasy adventure, due to Boone’s dual life it’s also tragedy, and Kindt underlines that in the final chapter. Boone’s story continues in The Disappearance of Violet Bell. 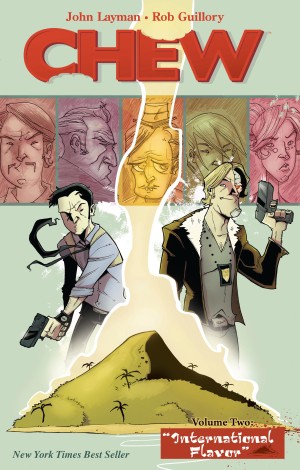 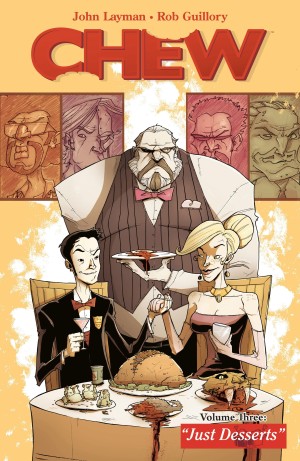 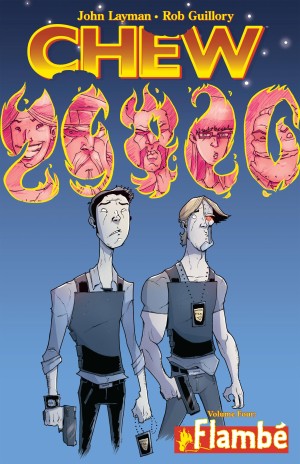