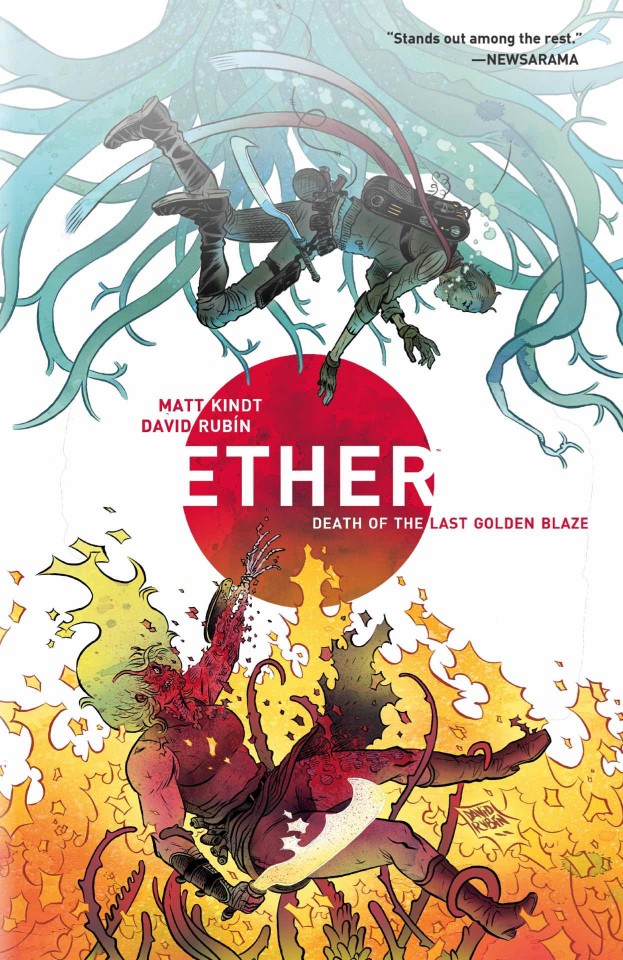 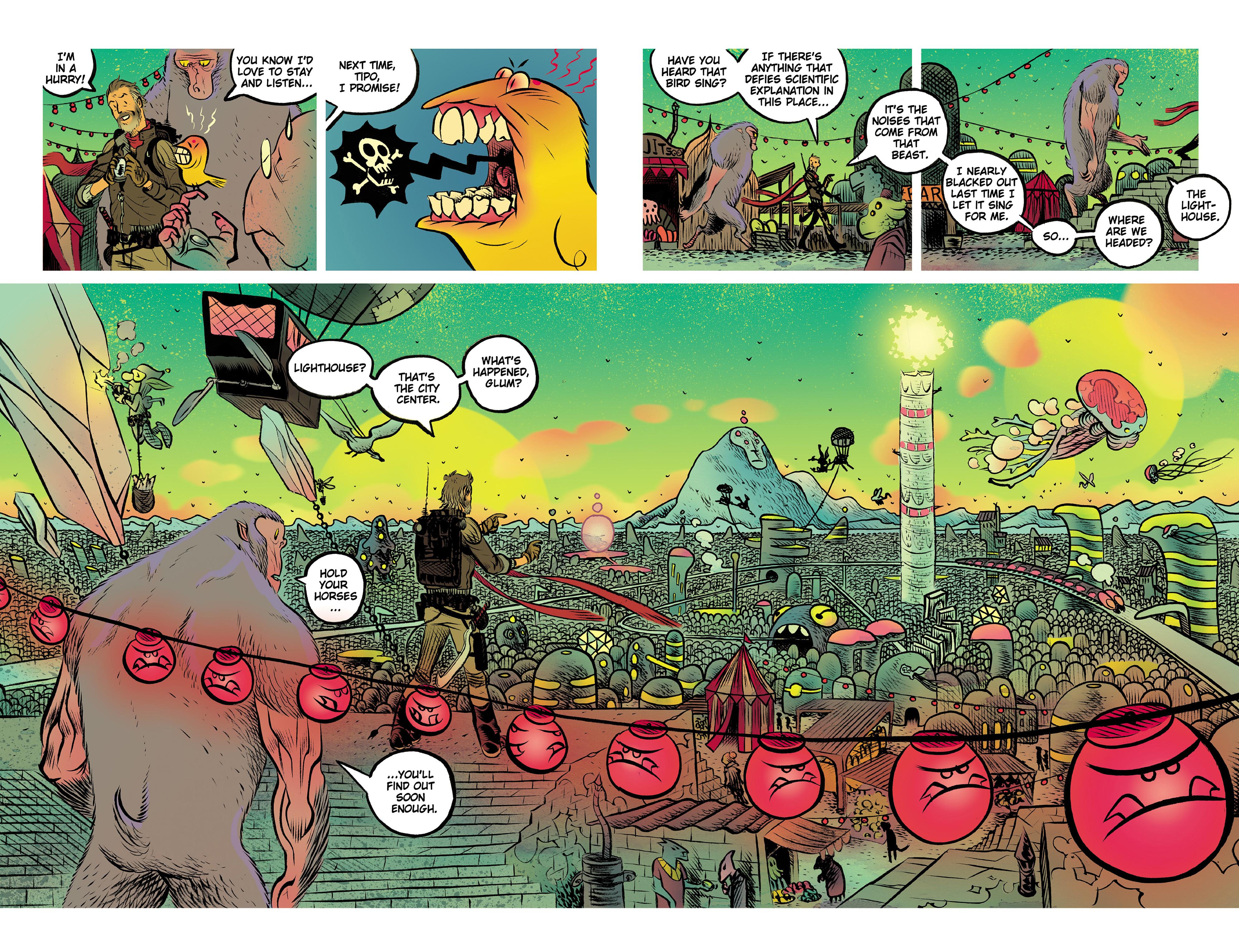 Boone Dias is a scientific explorer and traveller. He slips through dimensions to Ether wearing protective gear befitting a scientist in a magical realm. He’s a known and respected presence in the capital city of Agartha, having solved several crimes and mysteries, a success he attributes to the application of science and logic rather than a belief in magic. However, Boone’s time in Ether is limited, and back on present day Earth he cuts a very different figure, lacking stature and respect.

As with other Matt Kindt series the ideas come thick and fast, providing constant fascination. It’s as if he’s poured into Ether every idea he’s had about magic and fantasy that wouldn’t fit any other project, but work just fine in a form of magical crossroads. The heart of the matter is Boone being called on to investigate the murder of a very important person in Agartha, one whose death could have appalling consequences, and he sets about matters with a cheerful spirit and an open mind, no matter the dangers he encounters. However, Ether is not just faux-Edwardian goonery in a world of magic, as Kindt adds some depth to Boone via interludes on Earth, in both past and present. Travel to Ether is only possible via a trans-dimensional anomaly that manifested in Venice, and the first three chapters end with a glimpse into the past, before Boone first visited Ether, sequences that have a great sense of foreboding about them.

Kindt couldn’t ask for a better artistic collaborator than David Rubín. He sets exactly the correct goofy tone, taking Kindt’s ideas and realising them in cheerful and obsessively detailed cartooning. Rubín creates great looking characters, and packs in visual asides not directly relevant to the plot, but amazing to look at. A magical world being his playground, he can add anything he wants and the joy of what he’s drawing really transmits.

By the end of Death of the Last Golden Blaze much has been revealed and much more remains to be revealed. We have a charismatic and somewhat tragic lead figure, an imaginative writer and an exuberant artist. It all adds up to a lot of fun. Check it out. Ether continues in The Copper Golems.