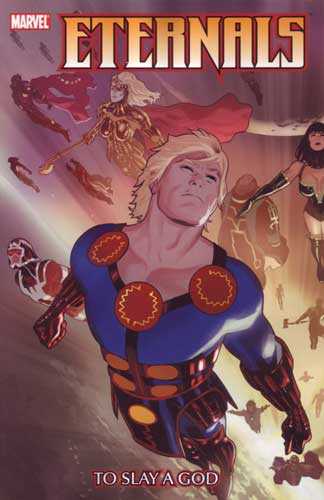 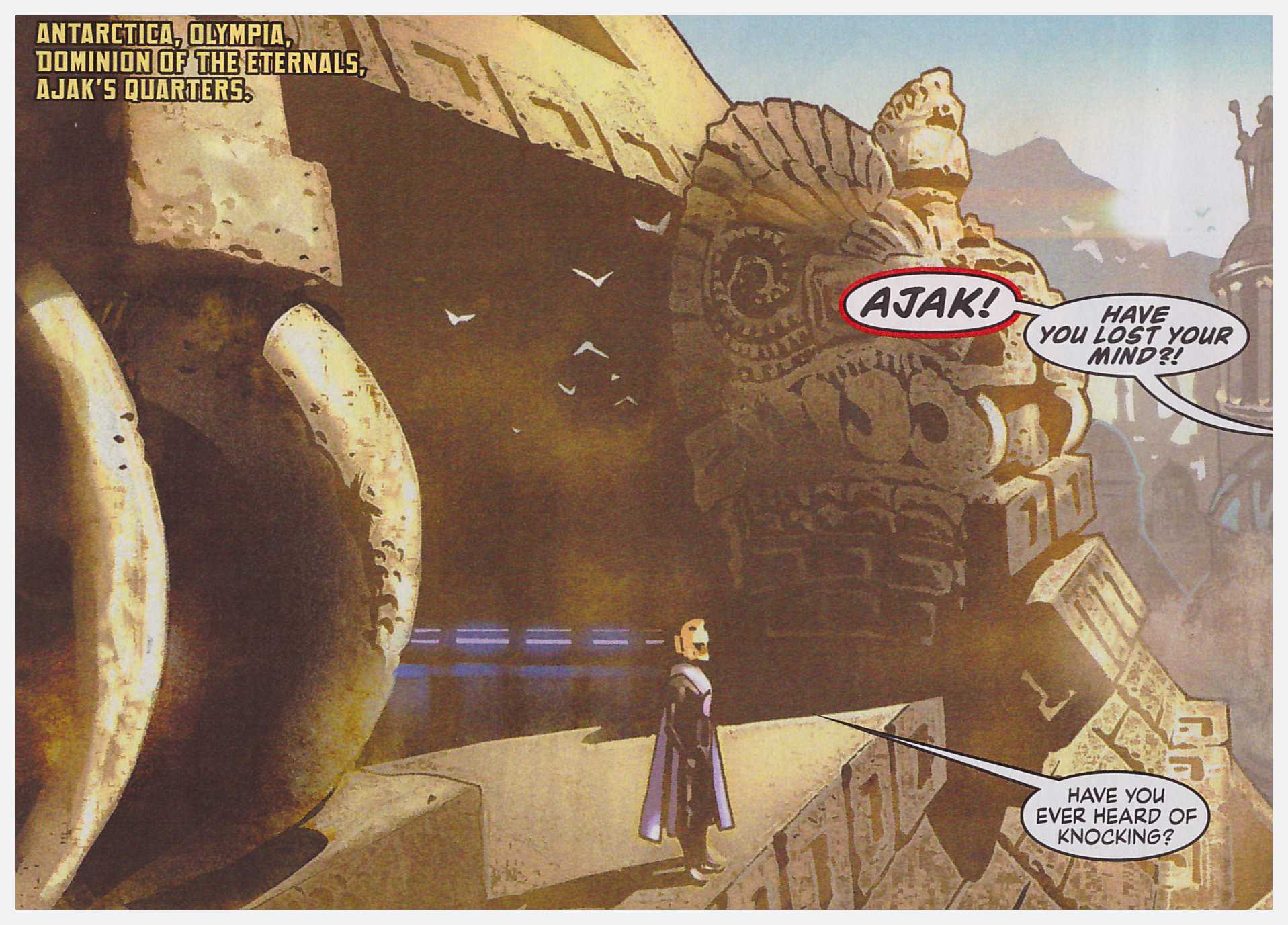 Neil Gaiman and John Romita Jr’s majestic revival of the Eternals told its own story, but left a few crumbs on the table, one of which was a giant God-like being, one of the Celestials, depositing itself just outside San Francisco to judge humanity. Another is Makkari having forged a connection with the Celestial. The majority of the Eternals remain subsumed in humans, memory of their true identities having been erased.

As the story opens Makkari is using the resources of the Celestial to locate his former colleagues, while Ikaris and Thena are doing so by more conventional means, racing against time. This is to prevent newly restored colleagues allying with an opposing faction led by Druig. He’s a nasty piece of work who’s established an East European dictatorship, and has no qualms about re-programming Eternals he locates to be more receptive to his ideas. He’s contemptuous of humanity and plans to usurp and control the mind of the Celestial.

Writers Charles and Daniel Knauf reveal much of the mystery behind the previously imponderable Celestials, although whether this is a good idea is another matter entirely. Beings that were so far removed from humanity now standing disclosed derails pretty well their entire mystique, leaving them considerably reduced. The Knaufs begin their story promisingly, but by two-thirds of the way through the book it’s dipped below the slow release plot benchmark into tedium. The considerable info-dumps have a purpose in setting up the following volume, Manifest Destiny, but prevent anything really moving here. With the exception of a final chapter rabbit from the hat, what are presumably intended as surprises are telegraphed, and the more interesting Eternals are sidelined in order to shovel in frequent Iron Man appearances. Which Marvel hero was it starring in a 2008 film again?

To Slay a God would be considerably poorer were it not for the startling art of Daniel Acuña, in 2008 not particularly well known in the American market. His art relies heavily on computer trickery rather than traditional pen and ink, but he’s mastered that form and his depictions of the cast and their wide-ranging spheres of influence are stunning.

The entirety of Knauf and Kanuf’s Eternals was later reissued as To Defy the Apocalypse. 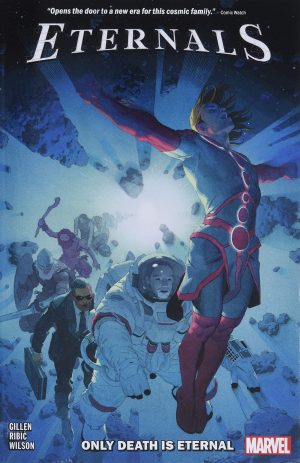