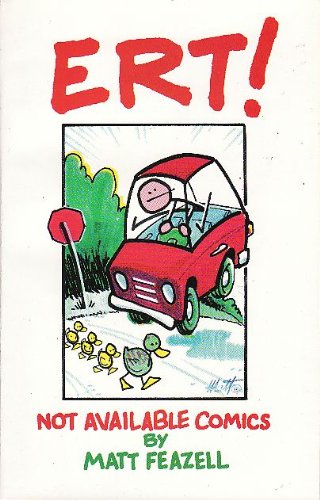 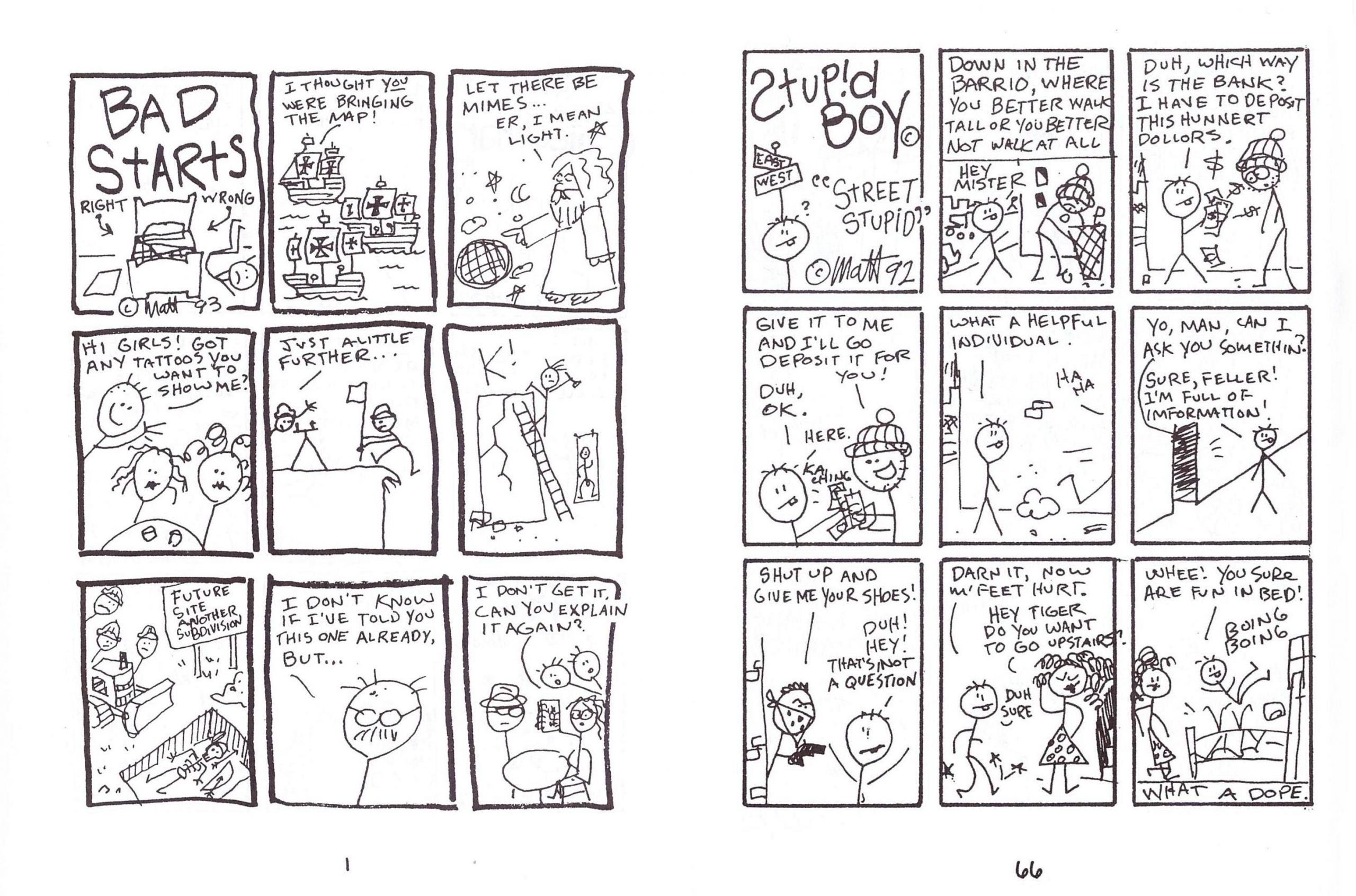 During the 1980s the increasingly widespread availability of cheap photocopying facilities led to the minicomics boom. One of its earliest successes was the talented, hilarious and smart Matt Feazell, his stick figure Cynicalman a device to commentate on whatever Feazell felt like. He’s been an influential and prolific creator.

While the composition and occasional swerve into something with greater complexity makes it apparent Feazell can draw, his chosen artistic method is the simplest of stick figures. They’re quick to draw, and offer instant communication as a form recognisable anywhere around the world, while obvious character names like Cynicalman, Cute Girl and Stupid Boy also aid rapid absorption of ideas. Occasional diversions into greater complexity with the likes of Waldo Brakefluid are rare.

The left sample is the opening strip and a doorway into Feazell’s fertile comedy mind. You can imagine him dashing the panels off on a beermat, and yet these are nine good gags on the single topic communicated beautifully concisely, and incredibly simply. It’s instinctive on Feazell’s part, as almost all strips make their points as effectively, and only rarely do they extend beyond nine panels. This is allied with a natural comedy mind that considers topics such as what if they had radio polemic shows when the US constitution was being discussed, rebranding creepy creatures to sound cute, and how will the man with the world’s worst handwriting be rescued via his note? He delivers Citizen Kane in nine panels, and a history of Detroit in six. Jobhunting is a recurring topic, suggesting personal frustration, yet nailing the contrived stupidity of the interview process.

An occasional strip falls wide of the mark, generally something stretching further than nine panels, but that’s an inevitable consequence of the construction principle. Ert! is for the most part a dense repository of still funny strips, and Feazell’s immense talent is now housed on his webpage packed with strips showing he remains funny and relevant.

In terms of collections, Feazell’s other strips are found in three Cyncialman books, the earliest from 1987 long out of print, but the 2003 and 2013 collections are available from Feazell’s website.