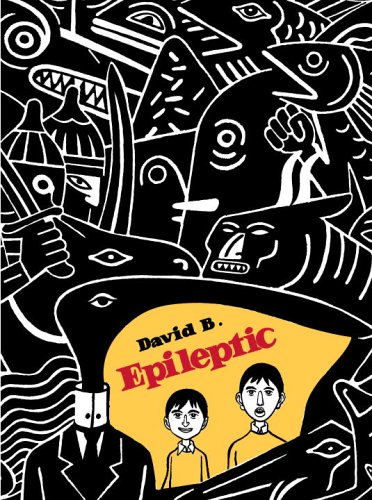 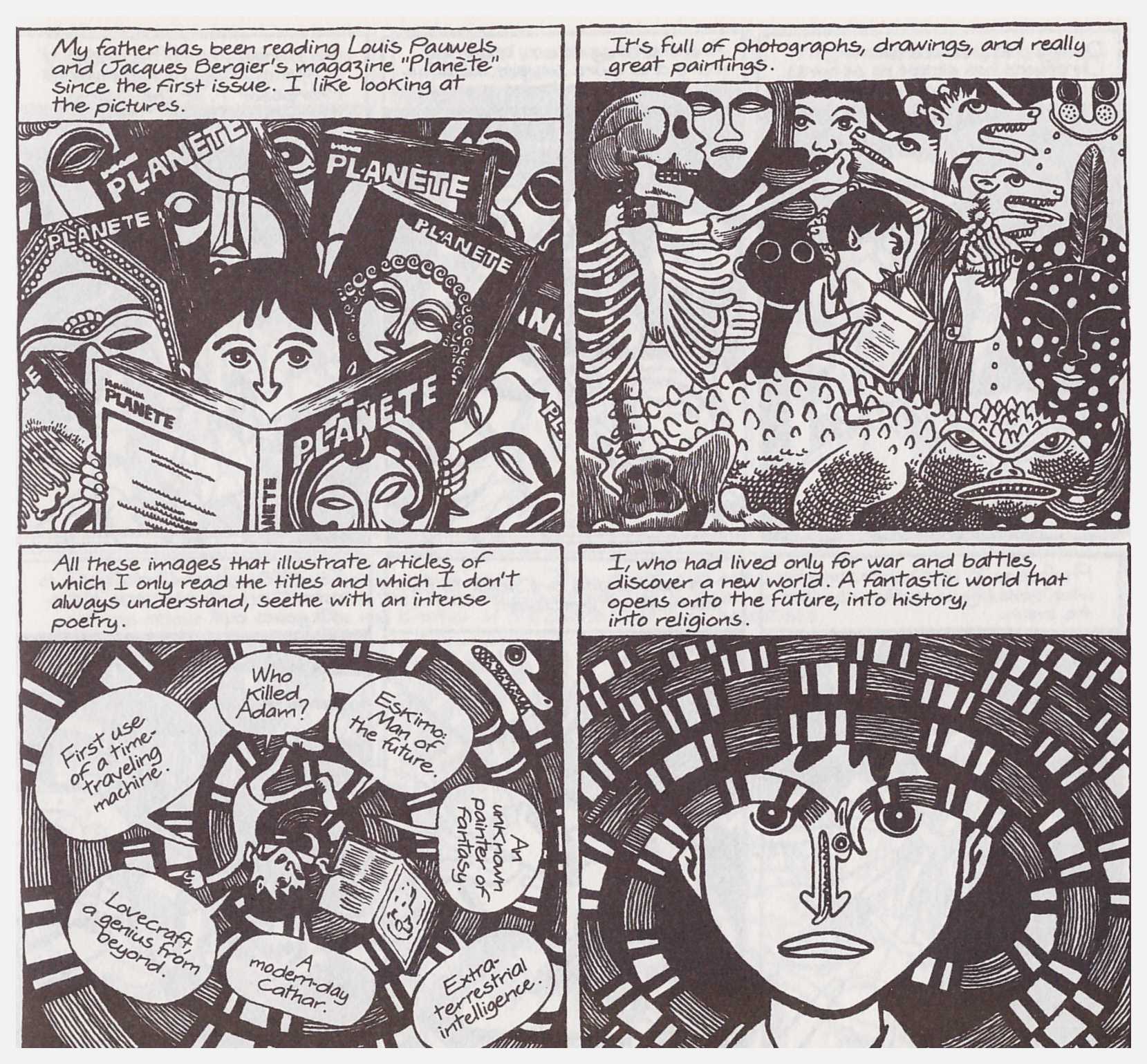 When asked for his consideration on what constitutes classic literature Italo Calvino’s response was “a book that never finishes what it wants to say.” Such a book is David B’s Epileptic. It’s a vast repository of memorable images that coalesce into an intelligent and moving investigation of a debilitating medical condition, yet diverges into all sorts of material related by family connection. It’s both biography and autobiography, fantasy and reality and sits comfortably in the pantheon of the greatest graphic novels ever produced.

The title refers to the condition suffered from childhood by Jean-Christophe, the brother of creator David B., here dropping the alias and referring to himself as Pierre-Francois. The primary thread is a young child attempting to understand the distress and reactions of his brother, who undergoes traumatic experimental medical treatment, then alternative healing, successful in the short term. When he reverts to regular daily seizures his parents resort to ever more unconventional sources, hoping for a permanent cure. These sequences are powerful enough in isolation, but what raises Epileptic a notch above are the fascinating diversions to engage with unrelated topics. Large chunks of family history are covered, macrobiotic diets explained, and the harrowing experiences of others are spotlighted. We have the World War I memories of David B.’s grandfather, along with Algerian war recollections of comic writer Jacques Lob.

The rich, meandering, yet persistently compelling narrative brings to mind Moby Dick, with which it also shares a density, and there are threads connecting Epileptic to Maus. Discussions ensue with David B.’s parents concerning the suitability of revelations about family history, and the manner in which the older generation considers they’ll be interpreted.

Darkness is a prevailing mood throughout. The title topic is bleak, family dynamics are fractured, the succession of self-absorbed analysts, gurus and advocates of alternative treatments a distressing bunch, yet David B. is equally unsparing when it comes to his own pre-adolescent behaviour. Quite apart from tormenting his brother, the gloom engendered by Jean-Christophe’s condition is partly responsible for the author’s childhood fixation with war and death. The exploits of Genghis Khan are a particular source of fascination.

Epileptic is drawn in a very adaptable, simple blocky style, heavy on contrast, which is powerful and up to portraying anything required. It’s packed with memorable images. Styles of art familiar from historical cultures are incorporated to depict the battles that interested Pierre-Francois in childhood, and David B.’s version of Eastern imagery appears frequently. Metaphorical rendition is used to stunning effect, with the epilepsy given weight in the form of a ghost or a monster stifling his brother, and there are literal interpretations of phrases such as “circle of doctors”. Much of David B’s other translated work concerns the presentation of his dreams (some are included towards the end of Epileptic), yet these never approach the disturbing quality of the way in which his younger self sometimes views his surroundings.

Mention must also be made of the late Kim Thompson’s superb flowing and idiomatic translation. There’s never a moment when it occurs this was originally produced in French. This was originally for a Fantagraphics Books edition that only published the first half of the complete work. In France it was originally serialised over six volumes.

Taking Calvino’s quote in literal fashion, part of the reason Epileptic never finishes what it needs to say is that the events and experiences detailed within have shaped David B’s life, work and outlook. Anyone with a serious interest in comics should read it.