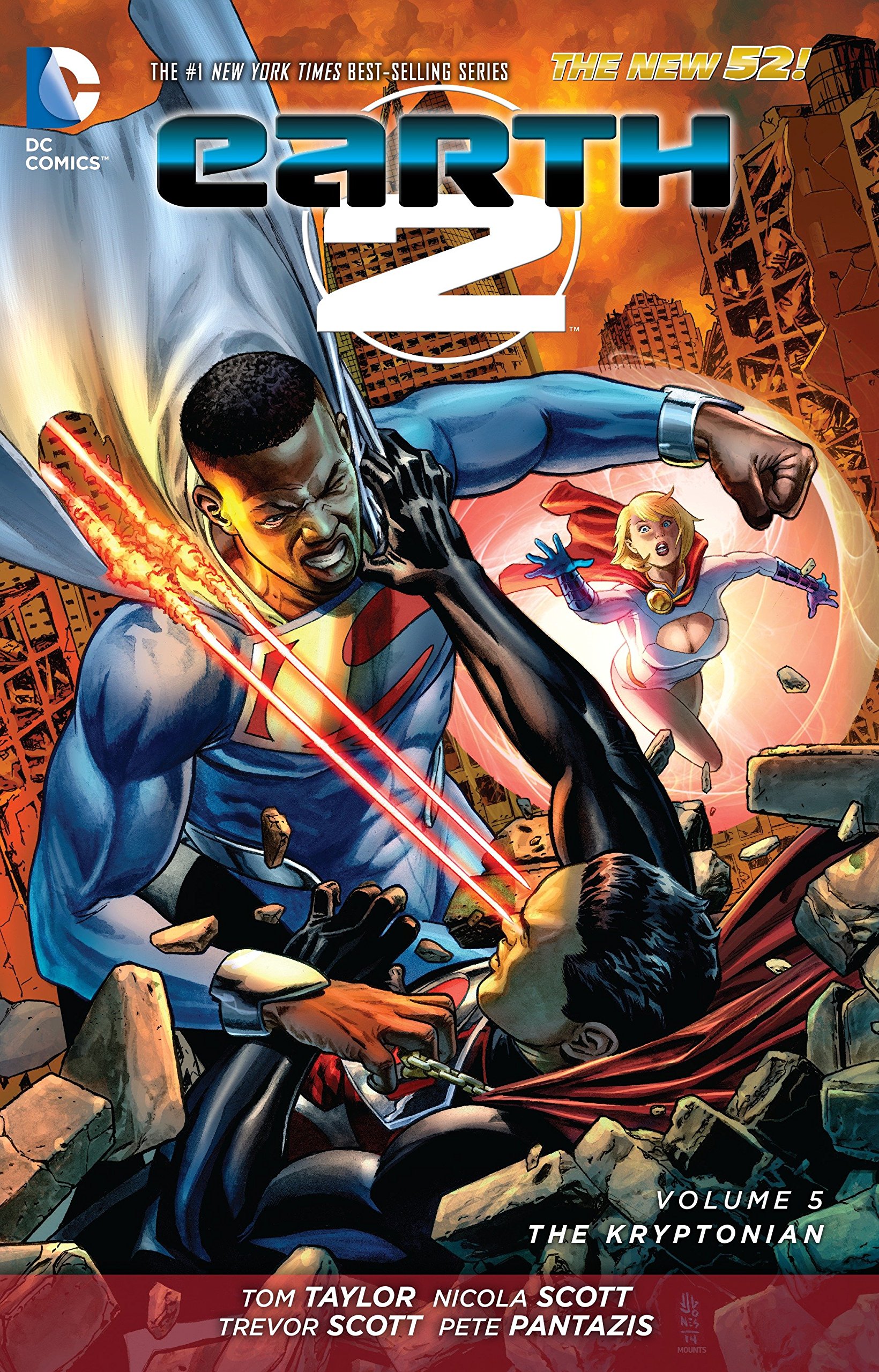 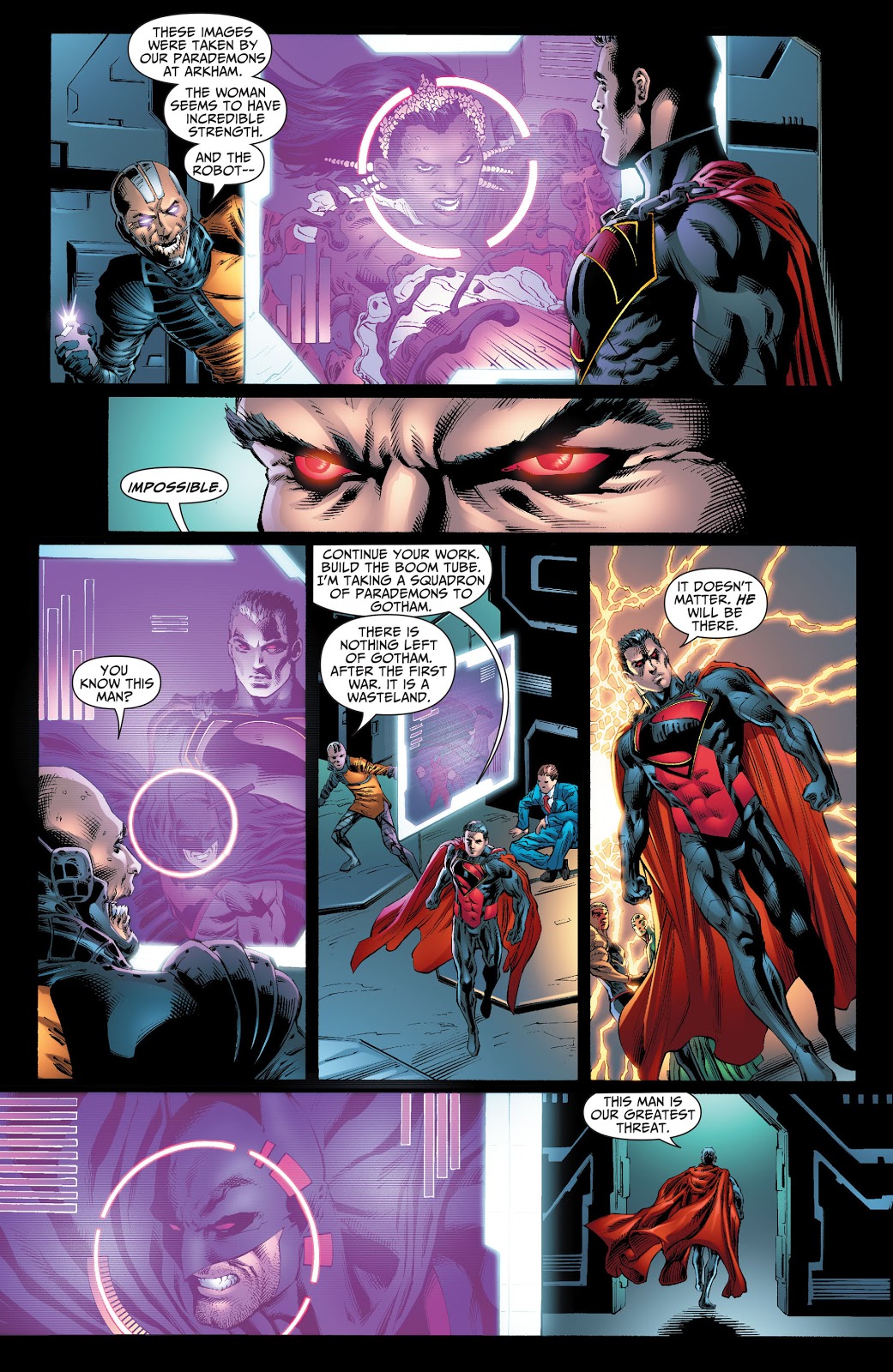 Other characters have significant parts to play, but fittingly enough it’s Superman and his supporting cast stamped all over The Kryptonian. Tom Taylor achieves an incredibly tense balancing act across the opening chapters. Superman appears entirely single minded in his support of the forces from Apokalips invading Earth, but as The Dark Age showed, Lois Lane is still around, although like Superman very different, so how will he act when confronted with her? She’s another one who’s so incredibly conflicted, unable to believe what Superman has become, yet maintaining a belief in his inherent good nature. As things stand, though, her primary purpose is to protect the Kryptonian of the title, much younger than Superman and with his powers barely developing. Can he really be Earth’s best hope?

Or perhaps that’s Jimmy Olsen, thirteen year old Jimmy Olsen. Seriously. Taylor introduced him for activities that worked in The Dark Age, and which are still relevant, but he’s given a larger purpose as the comforting voice of humanity, offering reason where others can’t always see it, and it results in some great moments. Jonathan and Martha Kent are also seen, but Taylor plays fair with the Superman he introduced. This isn’t a personality change explained with a nod and a wink to the audience. He’s terrifying and seemingly irredeemable, a tightly wound coil of malevolence, and intriguingly that’s best seen when he’s not committing atrocities. There’s a fantastic revelation about everything, one to be appreciated for the sheer cheek, the impeccable logic and how Taylor has prevented us seeing what might otherwise occur.

Eddy Barrows steps in very nicely for one of the six chapters, but otherwise this is a tour de force from Nicola Scott. She’s a rare superhero artist able to supply the sheer power we want from seeing a villain deservedly battered, yet also able to pay more than lip service and shocked open mouths to scenes needing some humanity and emotional resonance. Among many atrocities one takes centre stage. Scott’s depiction of the reaction is thoughtful and her treatment ensures it’s something that lives longer in the memory than is likely if drawn by lesser superhero artists.

Taylor contributes some writing to Collision, so this isn’t quite his swansong, but in effect, over two graphic novels he’s essentially wrapped up the story of Earth 2 as introduced in The Gathering. Although it might at times have seemed otherwise, he’s remained resolutely true to the premise, yet added his own twists and in The Kryptonian he’s produced a Superman story to stand with the first rank. This is superhero comics, though, and there must be a continuation.

Before that there’s also a leap into the future, five years to the world of Futures End courtesy of Daniel H. Wilson and Barrows. It confirms that all has ended well in one respect, but Terry Sloan is still spreading his brand of malevolence. Wilson’s storytelling method is one demanding the dots be connected, which doesn’t provide satisfaction for a one-off piece. 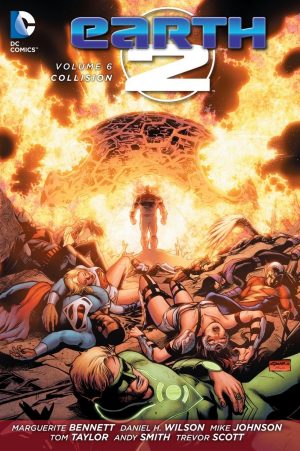 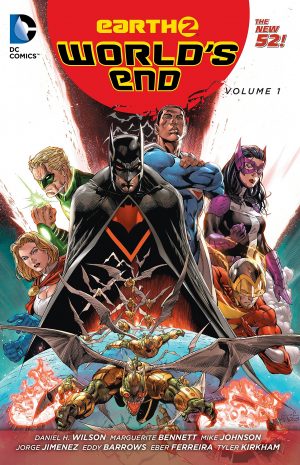 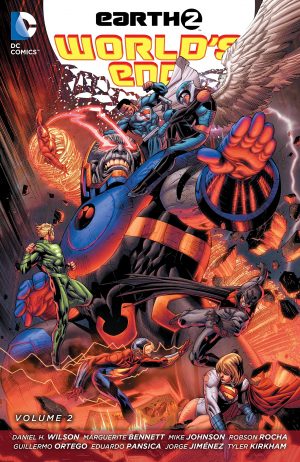 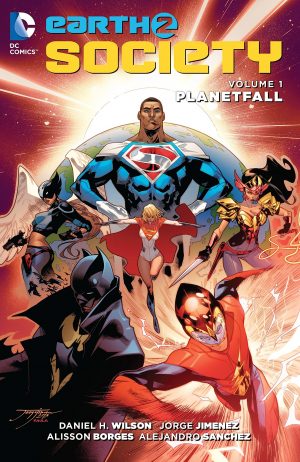