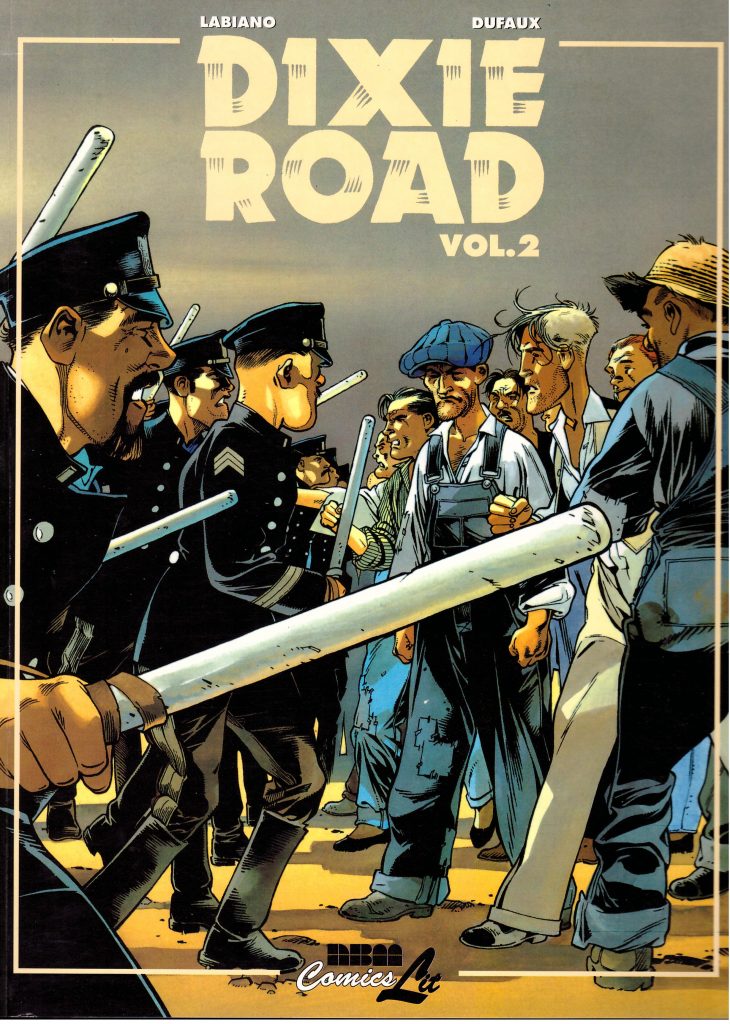 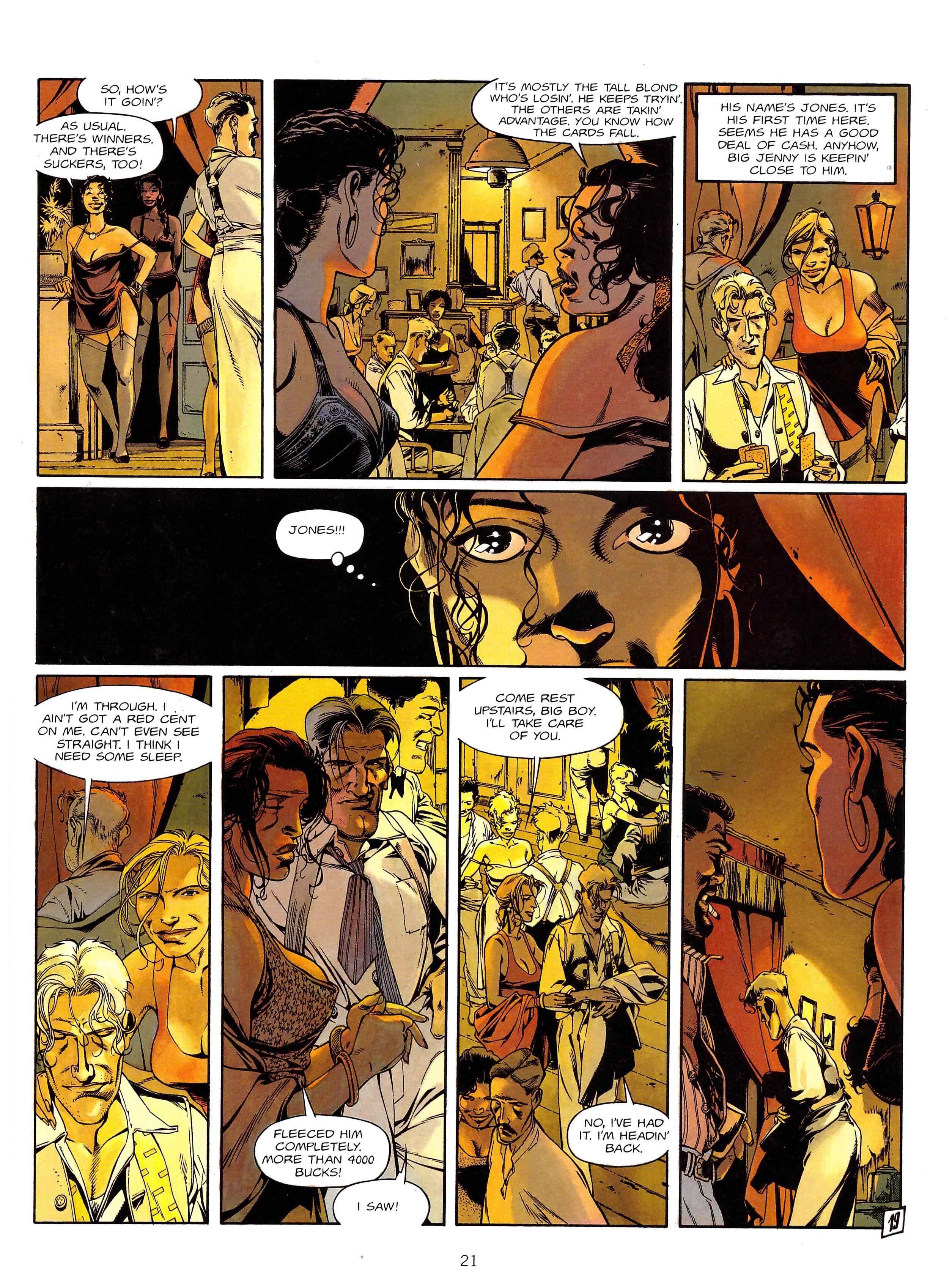 The opening volume of Dixie Road introduced fourteen year old Dixie Jones to the father she’d not seen for years, leading to her and her mother fleeing the town in which they’d settled, leaving devastation behind them. However, the conditions in the Southern states during the American depression are much the same from community to community, each with their own local landowner maintaining part of their profit through exploitation of desperate working men. Paying enforcers is preferable to paying a living wage. Jones senior isn’t a man who likes to see inequality, and his view is that if the odds are stacked, then criminal activity is no real crime. He’s travelling across state lines with a carpet bag full of cash robbed from a bank, and the landowners whose money has been taken aren’t going to let it go lightly. Their agents aren’t the only ones chasing the Jones family.

As before, the cartoon exaggeration of Hugues Labiano doesn’t have an instant appeal, his policy of endowing so many of the prominent men with even more prominent chins being eccentric, but he drags readers into his precisely structured world. He’s good at evoking an atmosphere, be it threatening or sweltering, and makes good use of gothic standbys such as lightning at night while also supplying beautifully composed country landscapes. The bright colouring of Marie-Paule Alluard occasionally pushes these into Disney idealism contrasting the prevailing downbeat mood.

Jean Dufaux makes an odd choice with this second volume, as it’s so similar to the first. He repeats the highlighting of social inequality, the individual Jones family members repeat much the same cycle of behaviour and those searching for them indulge in repeated thuggery. The intrusion of real life social documenters writer James Agee and photographer Walker Evans is strangely without purpose, and the man we come to know as Cab Kenna is really the only significant difference. He’s a wild card, well able to handle himself, and the only member of the supporting cast who’s fully developed. That there’s little overall progress is disappointing after a strong opening outing, but read in isolation this would be a perfectly serviceable period drama.

NBM’s Comics Lit imprint only published the first two of a four album set, so anyone captivated by the Jones family had to be able to read a foreign language until recently when Europe Comics translated the concluding two volumes as digital editions.