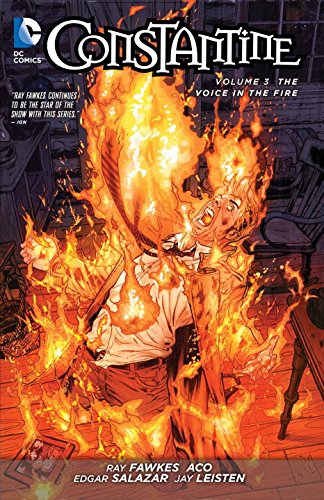 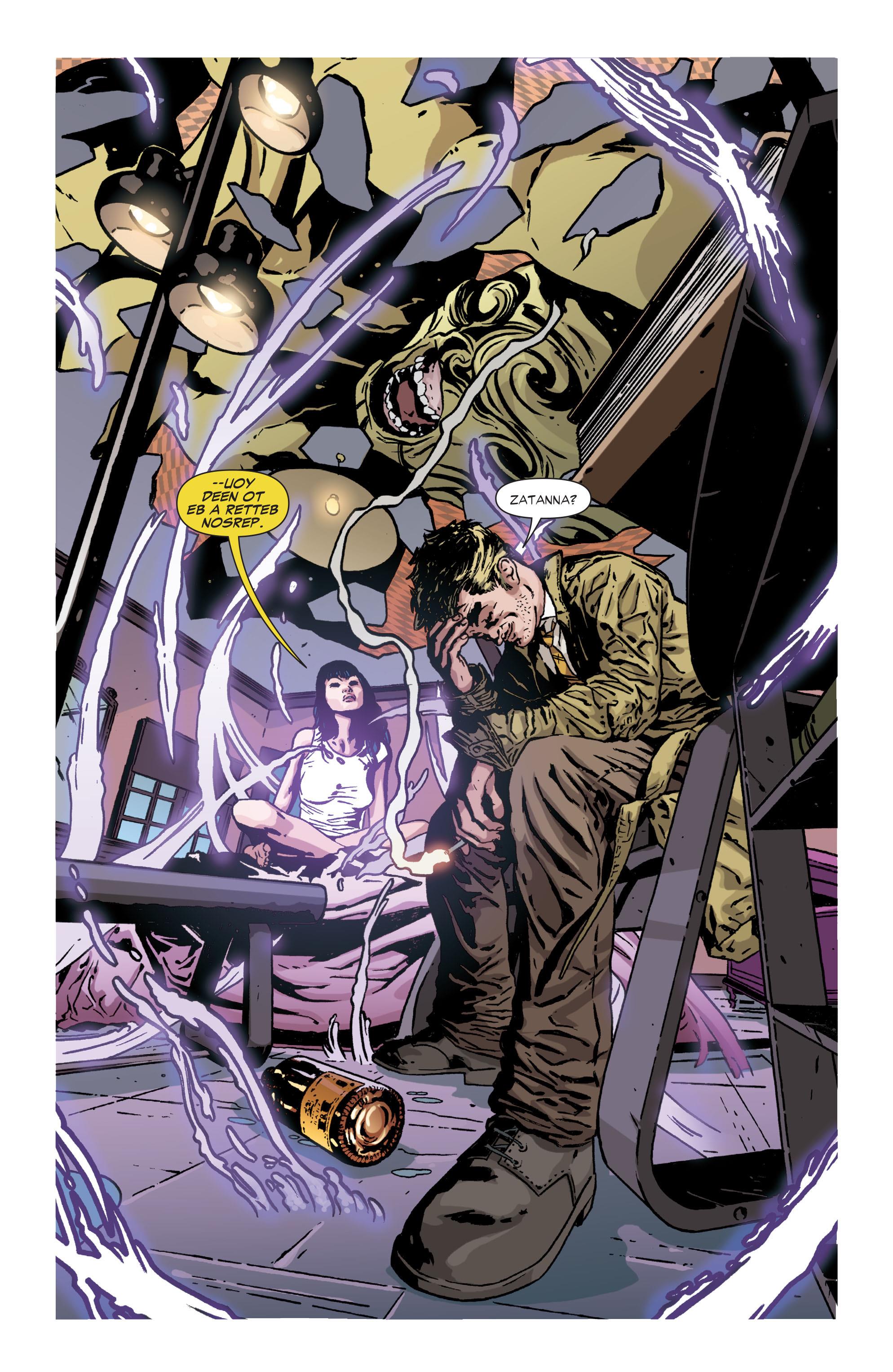 There are several basic comforting aspects to The Voice in the Fire, the most prominent being that the focus remains on Constantine, which is a relief after the chapter skipping mess of the aptly named Blight. It’s also pleasing that the Cold Flame story begun in The Spark and the Flame returns to view and progresses throughout. The only crossover here ties in with Futures End, set five years forward from the present day continuity.

A series of individual chapters pit Constantine against assorted mystical forces with their own specialities. The opening chapter’s Viktor Mirinov, for instance, is the master of the mind, of manipulation via mental interference, and later instalments cover dreams and monsters. This is also a global tour, taking in Moscow, Arizona, Hong Kong, Germany and Dar Es Salaam

The constant shifting of locales requires adaptable artists to convey the reality and both Aco, returning from the previous volume, and Edgar Salazar are convincing. They supply the appropriate background and symbolism to reflect the location and Aco in particular has a very decorative quality to his layouts and spreads. The colouring of Richard and Tanya Horie helps this, particularly on the Hong Kong sequence, which is saturated in bright red.

This Ray Fawkes incarnation of John Constantine places a far greater emphasis on magical combat in preference to the trickery and misdirection that sustained his comics in the past. Unchained from the compulsion to tie in with other titles, Fawkes impresses with his variety and his inventive plot twists. There’s an interesting quest introduced to close the book, and that picks up in The Apocalypse Road.

Before then, though, there’s that Future’s End chapter, which can be read on its own merits with no reference to other events. It’s a confrontation between Constantine and Doctor Fate, or, to be precise, the helmet of fate, in an enclosed area with an ally preventing Fate summoning aid. Juan Ferrerya’s art doesn’t live up to the rest of the book, not having the imagination of Aco or Salazar, but if one considers this a bonus rather than integral, so be it.