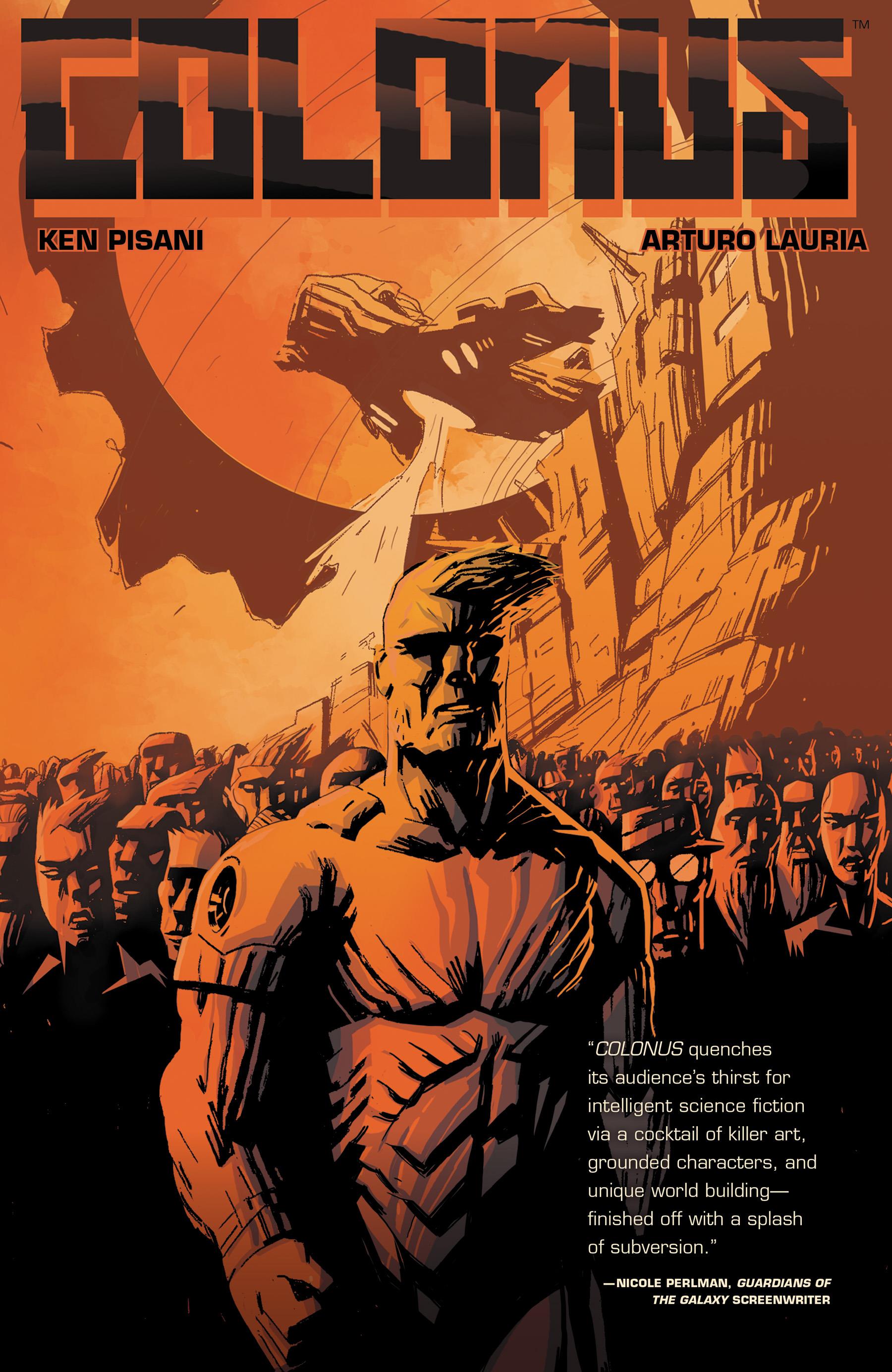 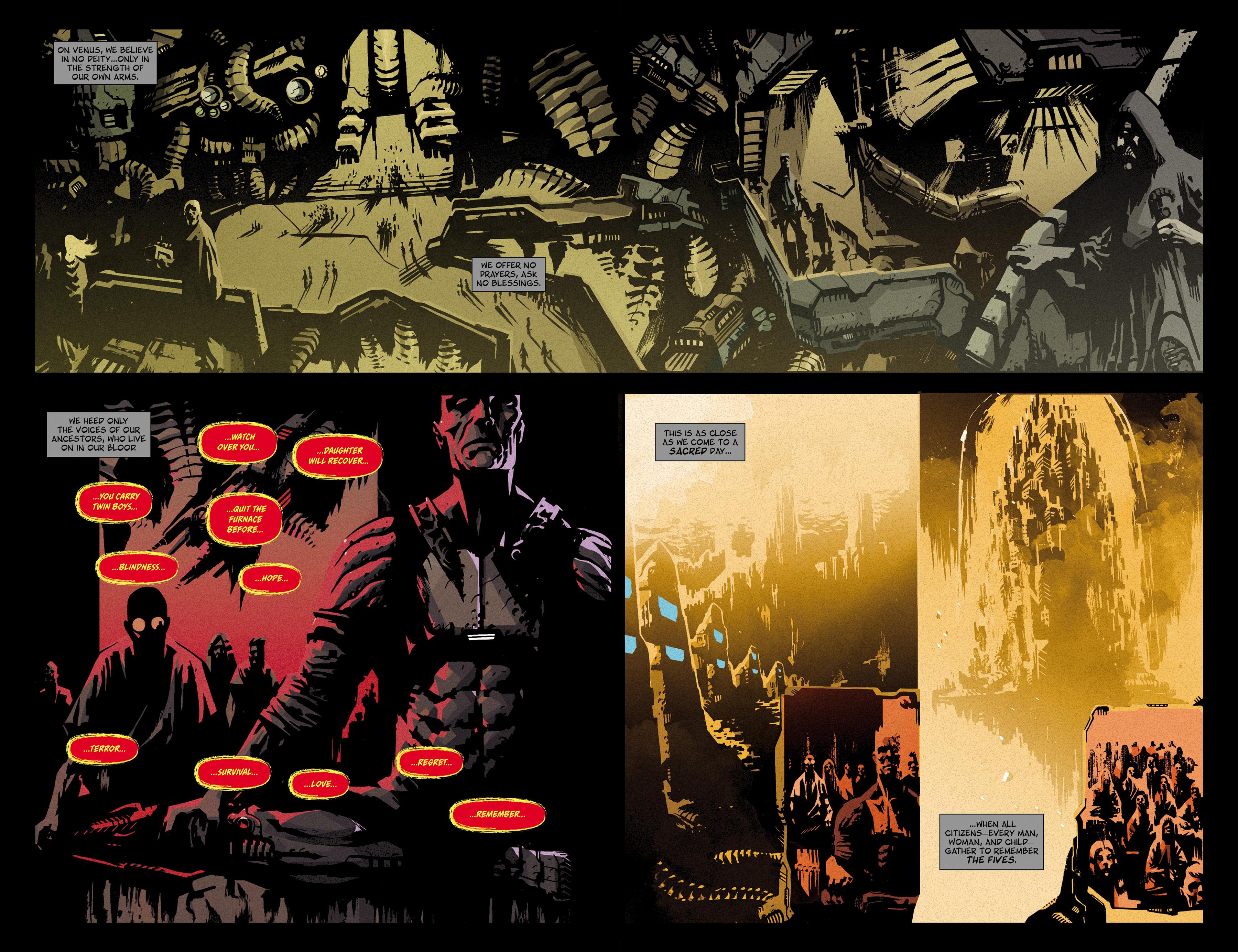 Visually startling and cohesively plotted, Colonus lives up to every one of the dozen quoted recommendations opening the book, and can be added to the list of worthy science fiction graphic novels issued in recent years.

It’s set in a future when both Mars and Venus have been colonised, the latter providing the location and described as “a place fit for scumbags” in a scene setting opening few pages that fire their plot hooks directly into your cerebral cortex. The Mars colonists have repeated mistakes that left Earth uninhabitable, while those on Venus have overcome unbelievable hardships to forge a society in the face of adversity, maintaining underlying principles of solidarity and equality. Now Mars’ resources are expiring and their colonists arrive on Venus. “Venus shall not lie with Mars lest she wakes up in chains”, is the initial response, but for all the bravado any all-out war will only be won by Mars, so subterfuge and plotting become the order of the day.

This is big, beefy science fiction, taking today’s political schisms and media manipulation and extrapolating them on a vast scale, yet supplying the microcosm via dynastic family schism. It’s finely observant, if sometimes overly cynical – elections are described as “deceit by seduction, the bartering of worthless shares in future success” – and sets in motion something epic where nothing presented to the public is what it appears. A scheming figure from the past is prominent, as if stepping straight from the pages of I, Claudius, and their machinations glue the plot together. We can’t be sure they’re as they’re painted, or if what they say is true, yet they wield some considerable influence.

The scope of the plot demands large scale imagery and Arturo Lauria supplies it in spades with giant floating cities, panoramas of the disenfranchised and consistent conceptual imagination. It’s part penmanship, part brushwork and all quality. His people are superb, hewn rather than drawn, their posture and likeness character defining, and his designs match this level of thought. We see the future and it’s unshapely and bolted together. Science fiction hasn’t looked this brilliantly chunky since Mike McMahon’s Judge Dredd triumphs, but look closely and there’s some Mike Mignola here, some Bill Sienkiewicz there.

Ken Pisani, a TV writer by trade, delivers his plot in broad strokes. This isn’t pigeon step by pigeon step, but action and reaction, with several considerable jumps forward between the pages. When single conversations can occupy the bulk of some individual comics, it’s a joy to read compressed storytelling of this nature.

There may or may not be a book two, but that doesn’t matter as everything of note wraps up in just under eighty pages to be followed by an enlightening behind the scenes glimpse at construction. Colonus is bravura entertainment and well worth your time. 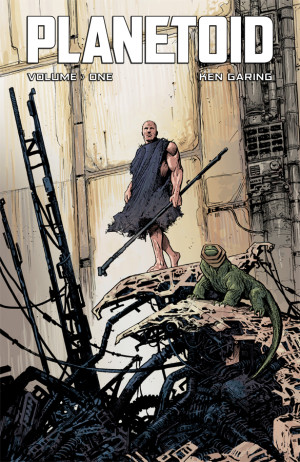 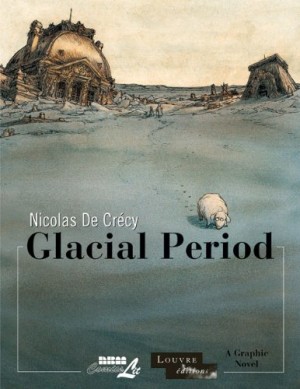