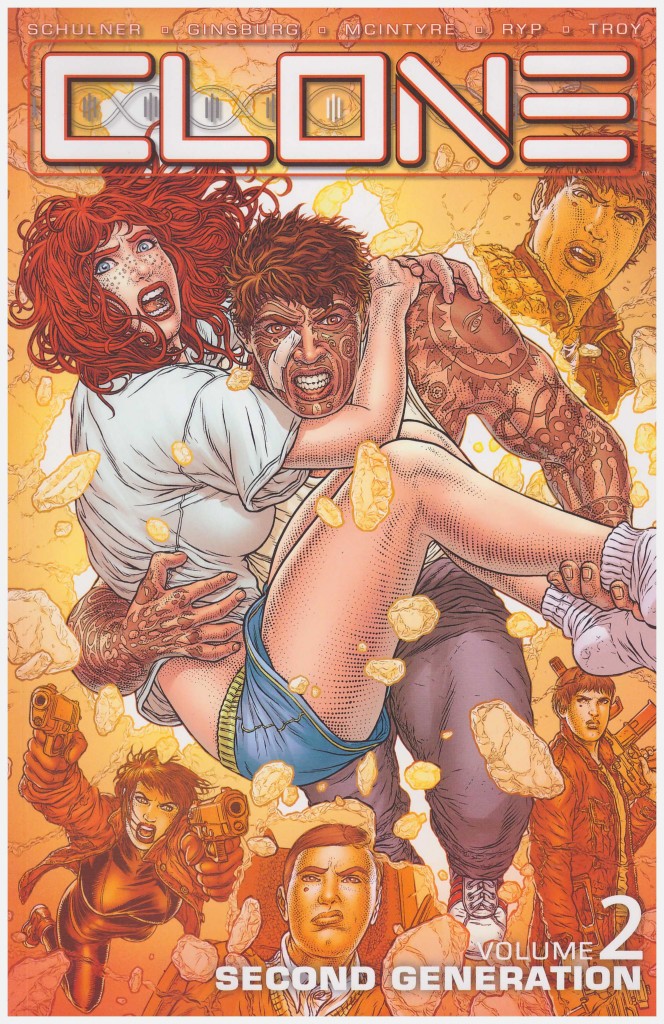 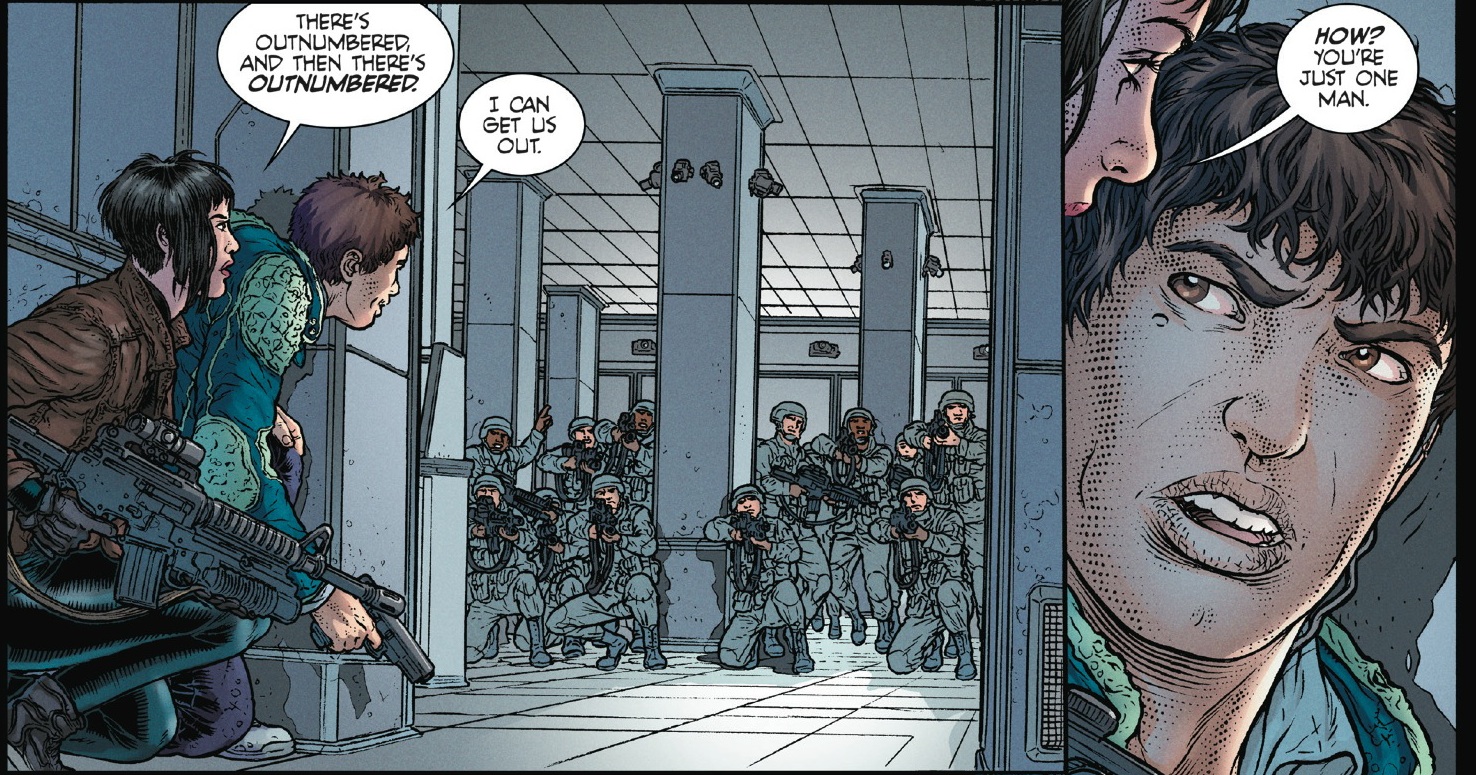 The events of First Generation turned the life of Luke Taylor upside down. He learned, in no particular order, that he may or may not be the original person from whom dozens of other Luke Taylors were cloned, that his wife has been abducted, and that there’s a well-equipped and ruthless organisation dedicated to wiping his clones out. What he doesn’t know is that this organisation has tentacles stretching back to the highest political offices, where there is a vested interest in ensuring a political vote banning embryonic cell experimentation doesn’t pass.

There’s an interesting development with the writing of this volume. Creator David Schulner has a TV background, and while he wrote First Generation himself, here he’s adopted the TV show collaborative method. Aaron Ginsburg and Wade McIntyre both pitch in with ideas and scripting to sharpen Schulmer’s plots. Despite this novelty, there’s actually little variation from the tight plotting and surprises of the first volume.

The writers broaden the idea of clones, which to this point have largely been cannon fodder, with beta and gamma versions, surprising with each, and revealing the anomaly that solidifies an otherwise failed cloning process. They also ramp up the political background to the plot, with very powerful people hung out to dry. Luke’s major concern is rescuing his wife.

Teething problems experienced by artist Juan José Ryp in the first volume have all evaporated, so there is some first class action art to accompany the plot. He creates credible and distinctive characters, although the hope is that someone with Davis’ mullet never ascends to political power in the real world. His double page spreads are spectacular, although on that note it behoves mentioning that this is a very violent graphic novel. Red is a common colour.

A story is completed by coupling this with the previous volume, but it also continues in Third Generation.