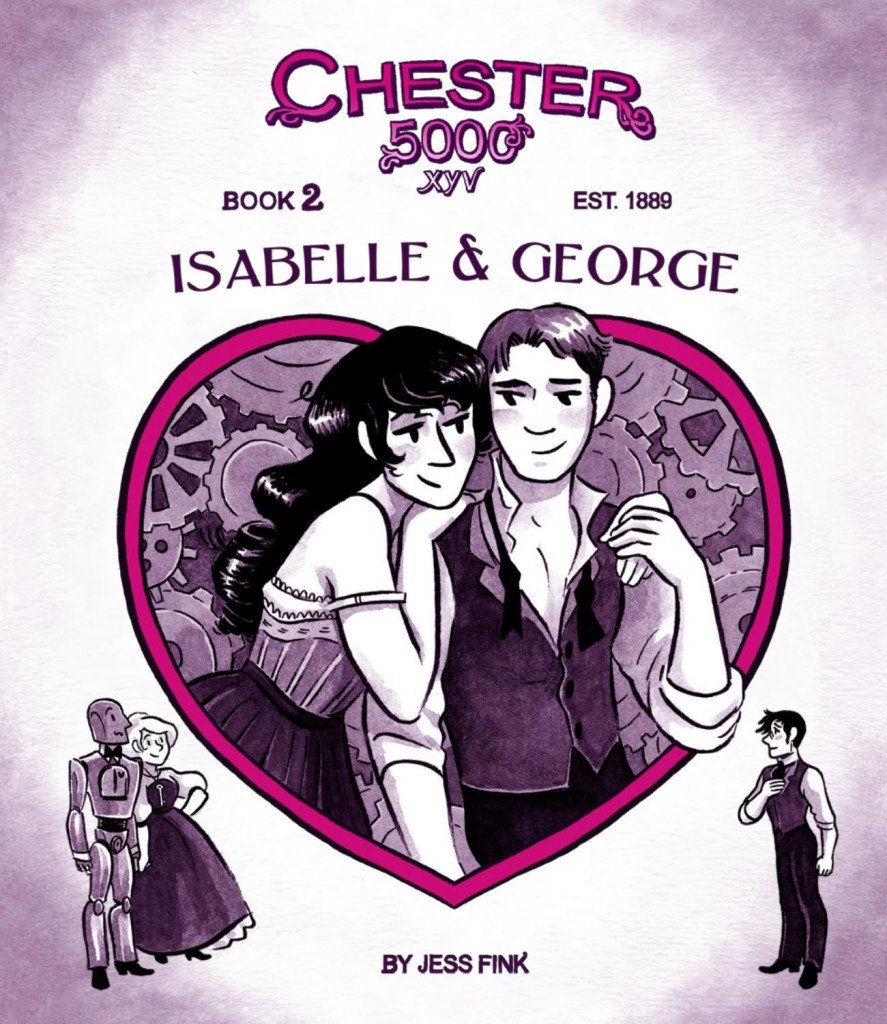 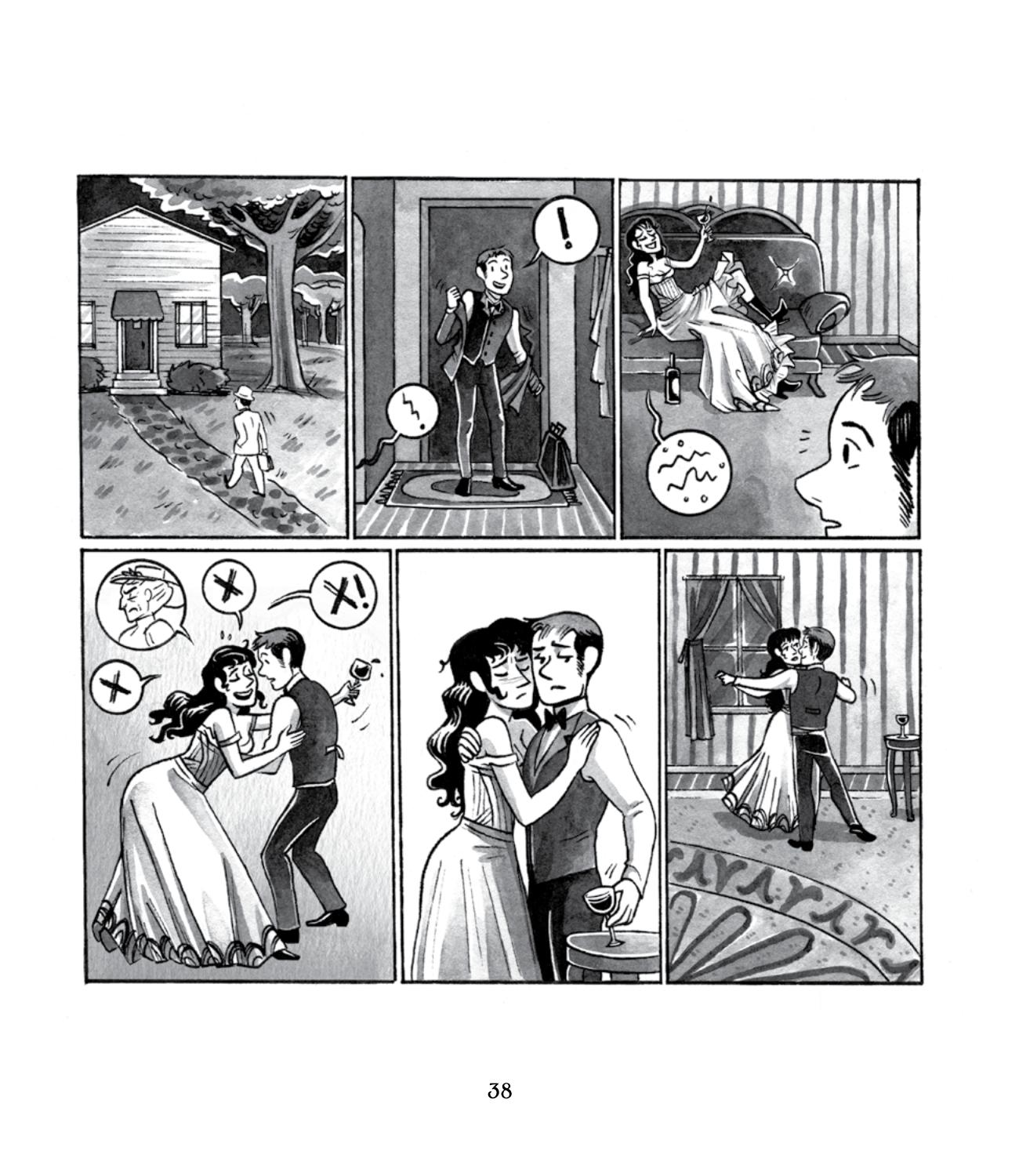 We met Isabelle in XYV, as she provided solace to Victorian inventor Robert when his wife Pricilla found the adaptable charms of the Chester 5000 robot more alluring than her husband. Not that she was above sharing its, and indeed Pricilla’s charms. She’s now prominently featured and cover named.

Jess Fink applies a great difference in tone to Isabelle and George. XYV was a graphic novel about sex with some story content to bolster the emotional development. This is a Victorian era drama with a few sex scenes, and as we come to care more for the cast it’s a step up the quality ladder, still fun, but with greater depth. Fink’s story concentrates first on the circumstances leading to the events of XYV, then shows events occurring elsewhere while Pricilla was occupied with the robot. Much of this initially concerns the demands of the factory where both the previously introduced Robert and the newly featured George work as engineering designers. Fink’s Victorian era factory operates under much the same conditions as modern day industrial facilities, with money squeezed and only minimal concern about employee conditions. It leads to tragedy, and Fink’s build-up to this and depiction of it is surprisingly heart-rending.

A characteristic of Chester 5000 is that it’s dialogue free, and the greater emotional complexity of Isabelle and George makes this challenging to maintain. Pictogram conversation balloons are required more often, but this is in concert with Fink’s strong visual character development. Isabelle’s relationship with her overbearing foster mother is especially well defined, but other aspects also take an interesting turn. As previously, any sex scenes occur within fluctuating curved panels, and gentlemen might want to pay particular attention to the first of these, which is almost an instruction manual to ensure the pleasure’s not just one-sided.

Around halfway through the narrative progresses beyond the content of XYV, and here there’s a slight dip as Fink spends far too long spelling out what’s made clear in the few panels introducing this element of the story. That’s swept away by the protracted sex scene concluding events.

It would be hoped that anyone who enjoyed XYV did so for more than just the robot sex, as there’s very little of that in Isabelle and George. Instead there’s far greater substance and the proof that Fink isn’t just capable of producing a good sex graphic novel, but she’s a talent to be reckoned with.