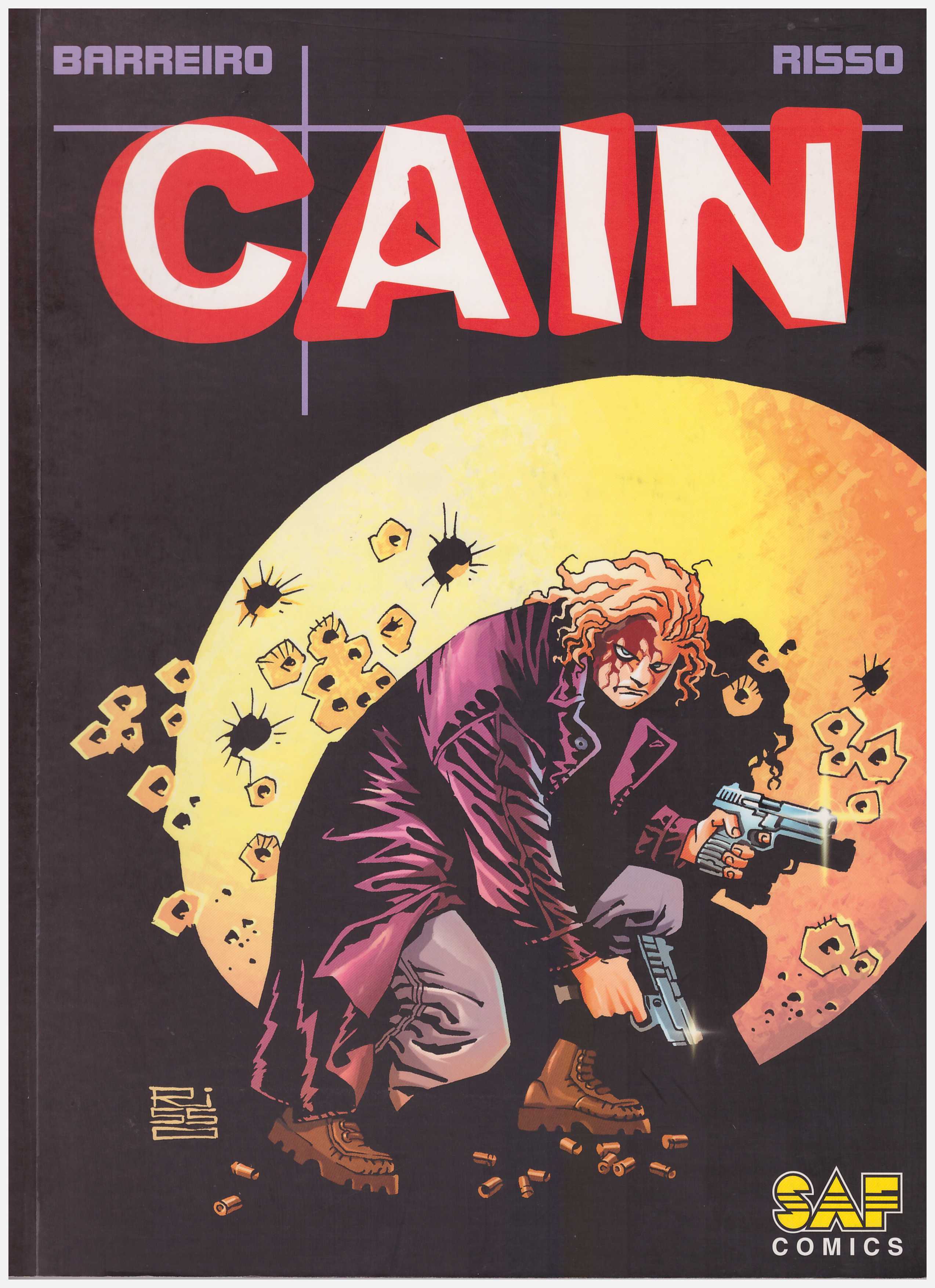 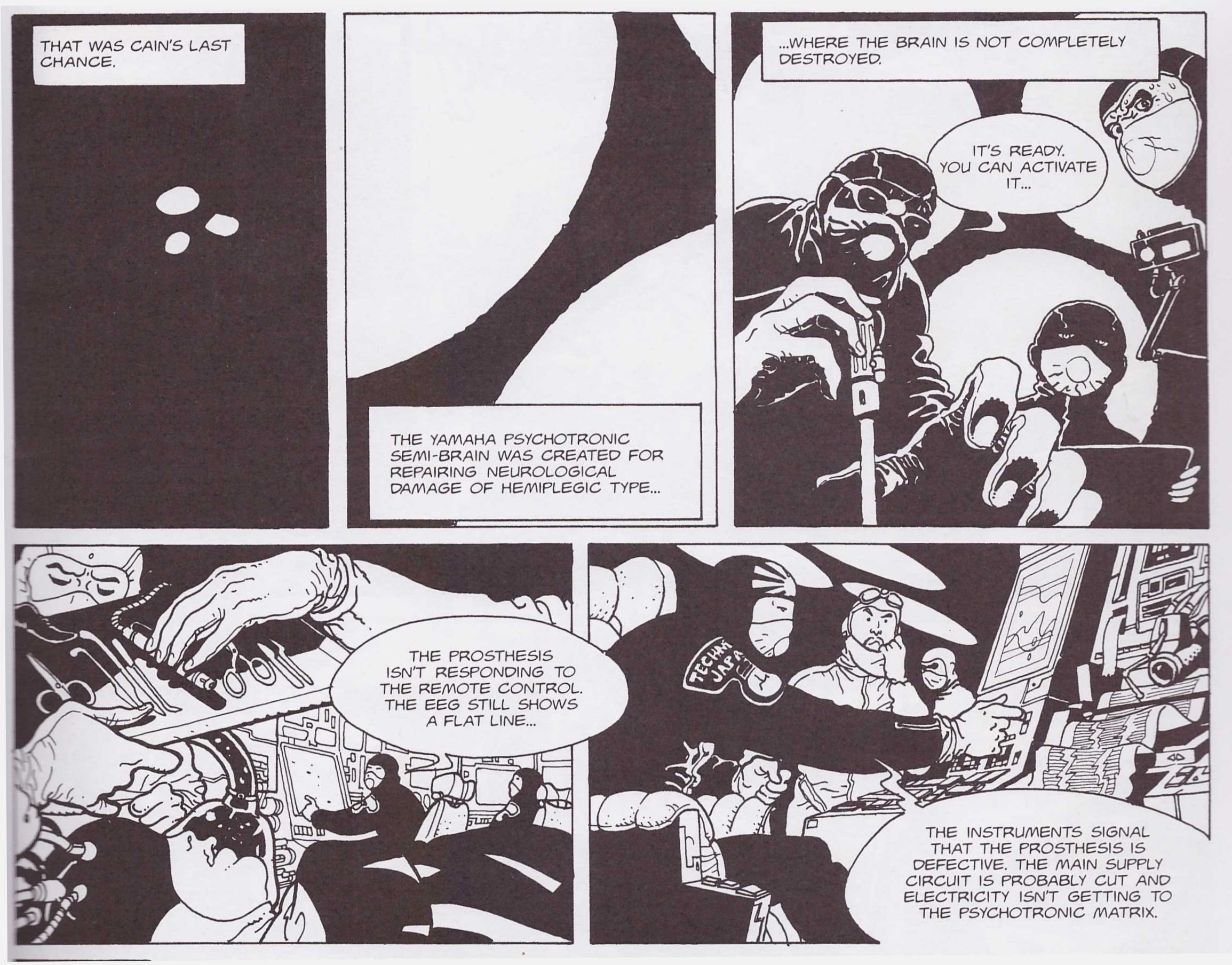 Long before winning awards and acclaim in the USA, Eduardo Risso was honing his craft in his native Argentina, and among the material he worked on in the late 1980s was Ricardo Barreiro’s thriller set in a dystopian future.

Barreiro’s worldview hardly qualifies as optimistic, and much of an opening chapter is devoted to setting up the unpleasant Buenos Aires of the near future. At the time Cain was produced, this could be extrapolated by exaggerating the past of the previous decade. Children are routinely jailed and experimented upon, the wealthy are protected by armed police and their activities accorded round the clock television coverage, and the remainder of the population scavenge to earn a living. If that means selling babies that fall into their laps, so be it. A lot of anger was funnelled into Cain.

Cain is the baby who survives being dropped from a helicopter into the sea, packaged with his twin brother who didn’t make it. The reasons for this appalling situation aren’t fully revealed until the final chapter, by which time the adult Cain has learned he’s been robbed of his future, and is hell bent on revenge for every iniquity inflicted on him during his relatively brief life to that point.

Risso’s art at this stage already has the stark black and white contrast and dense shadows for which he’s known today, but there’s a looser line and it’s more cartoon- influenced. Within that style it’s already excellent and he’s creating memorable designs for his cast. There’s the whippet thin, suited prison governor in distinctive shades, the old scavenger who resembles Santa Claus, the foppish Boss, and the heiress resembling Snow White’s wicked stepmother.

The story is narrative led and episodic, history and motivation gradually revealed over eight page serialised sequences. The overwhelming bleakness and Cain’s surly brutalised character leave little sympathy for anyone, though, and while Barreiro’s background has depth, that doesn’t apply to the material as a whole. Marvel at the art, but don’t expect much more.