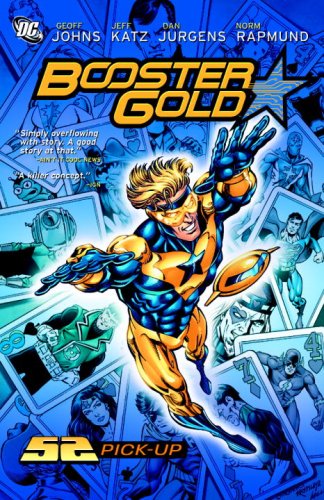 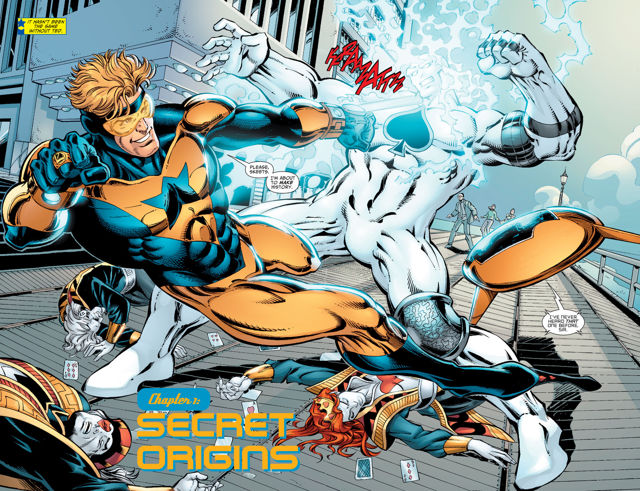 This engaging reboot follows Booster Gold, a hero traditionally only in the game for fame and fortune. He’s now acting as a secret saviour, repairing the cracks in reality caused by all those universe-warping shenanigans of myriad multiversal Crises. Working at the instruction of the enigmatic Rip Hunter, Booster has foresworn all his dreams of acclaim to save us all, over and over and over again.

This introductory volume sees Hunter and Booster, whilst undertaking this monumental cosmic plastering job, at war with a gang of villains using time-travel to eradicate superheroes before they can begin their careers. In short order Booster reinstates the pivotal events that led to the creation of Green Lantern, both the Barry Allen and Wally West Flashes and via a unique team-up with devil-faced bounty hunter Jonah Hex, even Superman himself.

Along the way the Golden Boy has to take steps to ensure his own birth by introducing a 20th century ancestor to his future wife and is thereafter attacked by another relative using the Supernova outfit he wore in 52. Complex, no?

The book ends on a semi-cliffhanger which depends on one of Hunter’s Prime Maxims being completely erroneous. After a salutary lesson involving Batgirl and the Joker (based on Batman: the Killing Joke) falls on deaf ears, Booster ignores Rip’s stern warning that the past cannot safely be changed, and with the aid of past and future incarnations deliberately thwarts the murder of the Blue Beetle Ted Kord. With his best friend restored to him Booster feels ready for anything, but surely, nothing is ever that easy for the Greatest Hero Never Known?

Fast-paced and deeply imbedded in various DC continuities this light yet readable thriller, might be a little hard going for readers unfamiliar with DC minutiae. However writers Geoff Johns and Jeff Katz do a fine job keeping things accessible whilst Dan Jurgens and Norm Rapmund capably handle the vast cast of characters just passing through. The series continues with Blue and Gold. 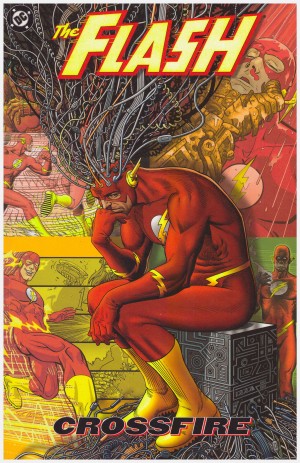