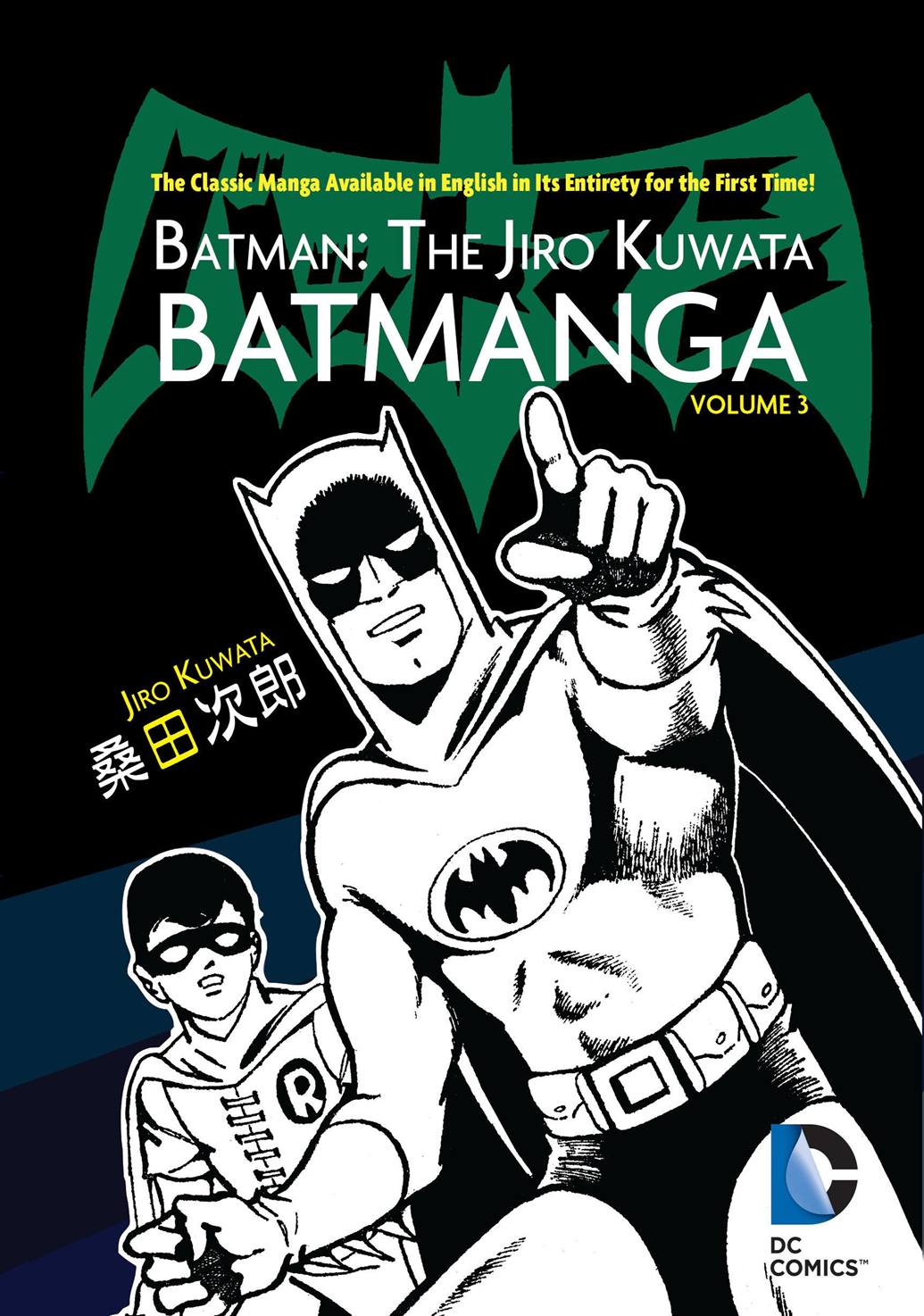 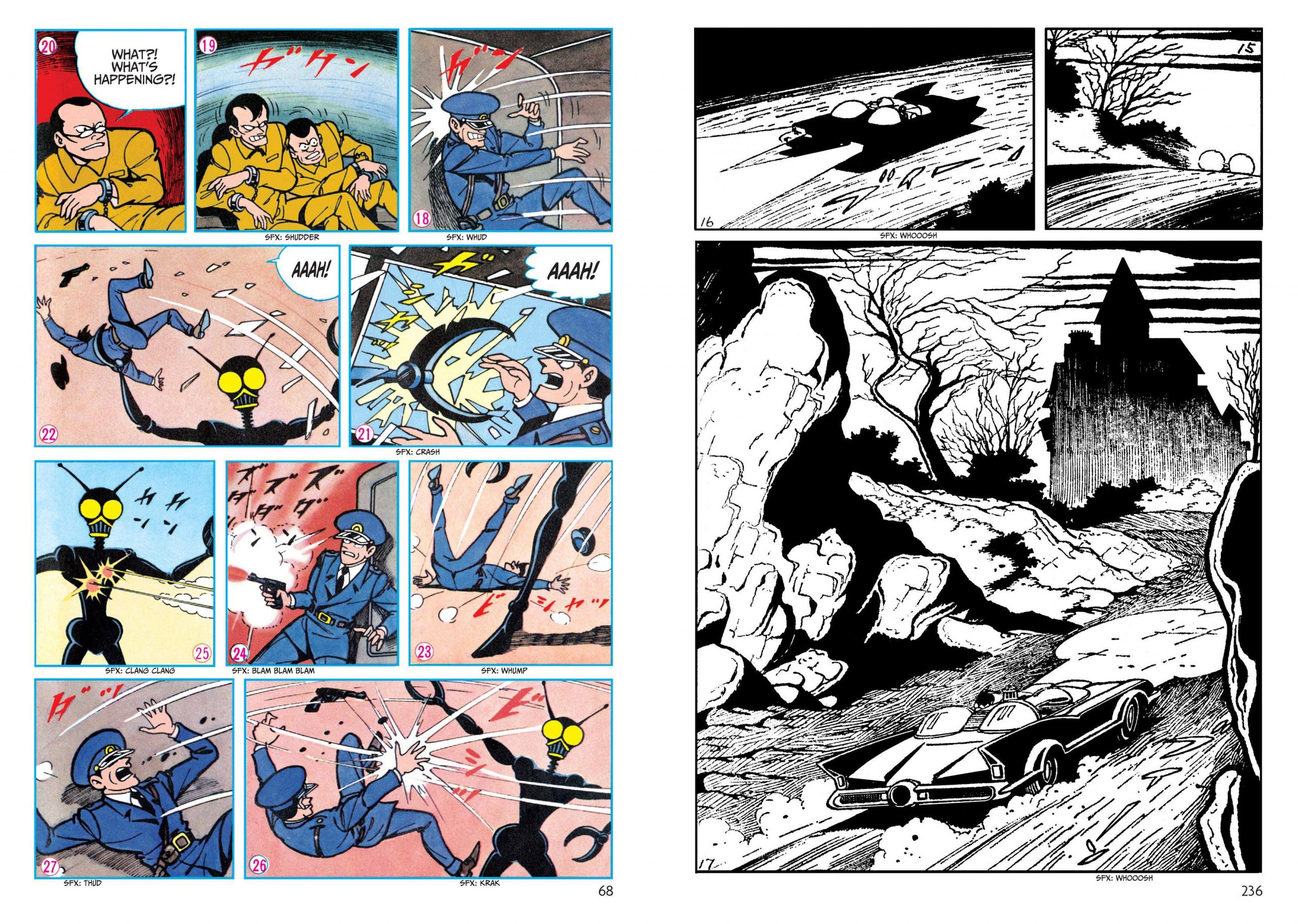 The 1960s Batman phenomenon appears to have been shorter lived in Japan than in the USA, and Jiro Kuwata’s final strips from 1967 are translated and gathered here.

Batman and Robin being menaced by the Planet King in the opening story is the nearest Kuwata comes to creating his own gimmick-based Batman villain of the period. The Planet King bests Batman over several encounters, each time in a new costume and with a new power, but this is one of Kuwata’s weaker Batman stories, the art not resembling US style, but the plot too close.

Much better is the second story of three escaped prisoners using robots to commit crimes. As seen on the sample art, this is the only one of Kuwata’s Batman stories to feature colour pages, one per episode, although as seen in Bat-Manga, it wasn’t uncommon for it to feature in white and purple, or white and orange. The robots have designs that still look fantastic, and the nutty plot is enjoyable old tosh.

Of all the actual Batman villains, Kuwata was most taken with Clayface, whom he uses for a second time, but in a shorter story that fairly well follows the pattern of his first in Volume 2, Kuwata only really concerned with the visual potential of his transformations. What marks it out, though, is pitting Batman against ‘Batman’. However, once he’s conceived that gimmick, Kuwata runs through too many variations of it over the following stories, which feature a Batman impersonator, Batman against Catman, and then another false Batman attacking Robin. It’s characteristic of this collection, in which Kuwata is running out of ideas, which is no surprise when it’s taken into consideration that he was producing anything up to thirty pages a week, with anything up to a dozen panels per page. Realising that, the surprise is that the quality remains as high, and the art is consistently good. The other sample page is a glorious spooky vista.

Commissioner Gordon appears more often this time, and we see fewer of the distinctive white haired professors Kuwata was so fond of in earlier material. The robot story hits the mark, as does the closer, in which Batman and Robin are transported to an alien planet and Kuwata once again lets his imagination fly in what’s in effect a pre-empting of a reality TV show with contestants pitted against each other.

While other individual stories are fun, the best flavour of Kuwata’s Batman overall is provided by Volume 2, or by the Bat-Manga collection with its contextualising notes and greater indication of how the strips were presented in Japan. This collection ends with a list of the DC comics that inspired Kuwata’s stories. 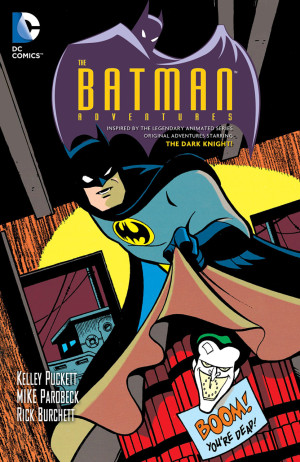 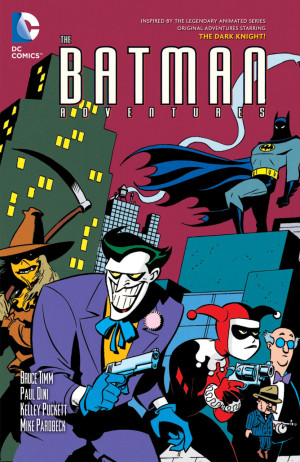 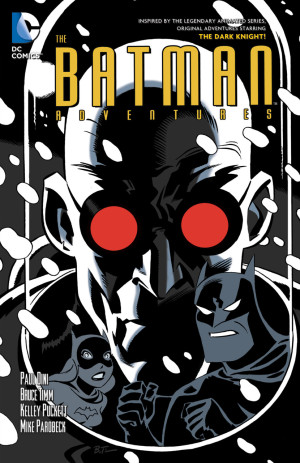