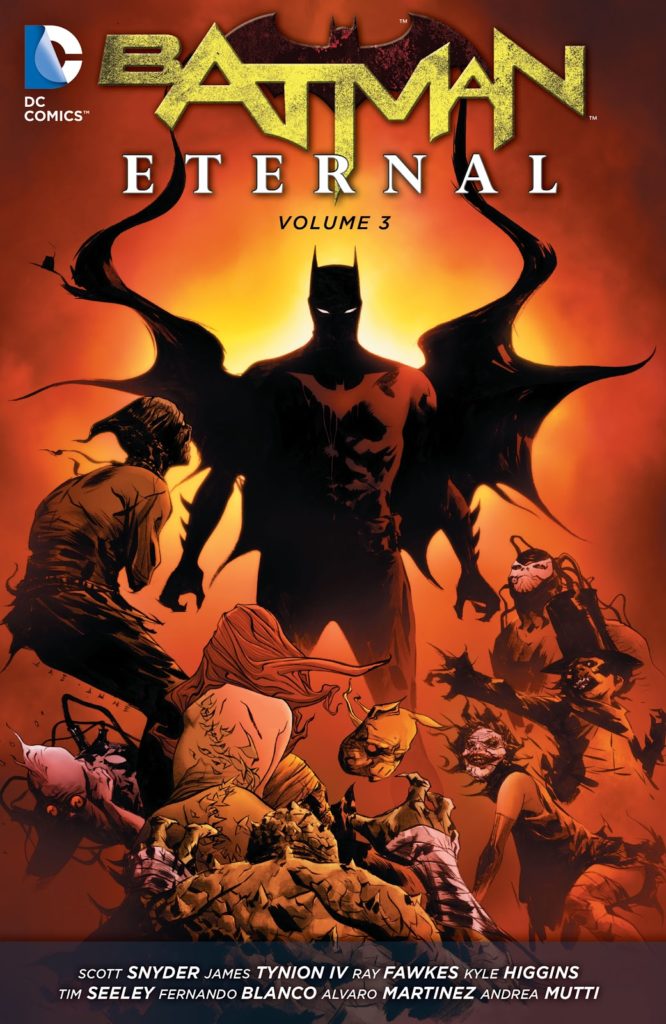 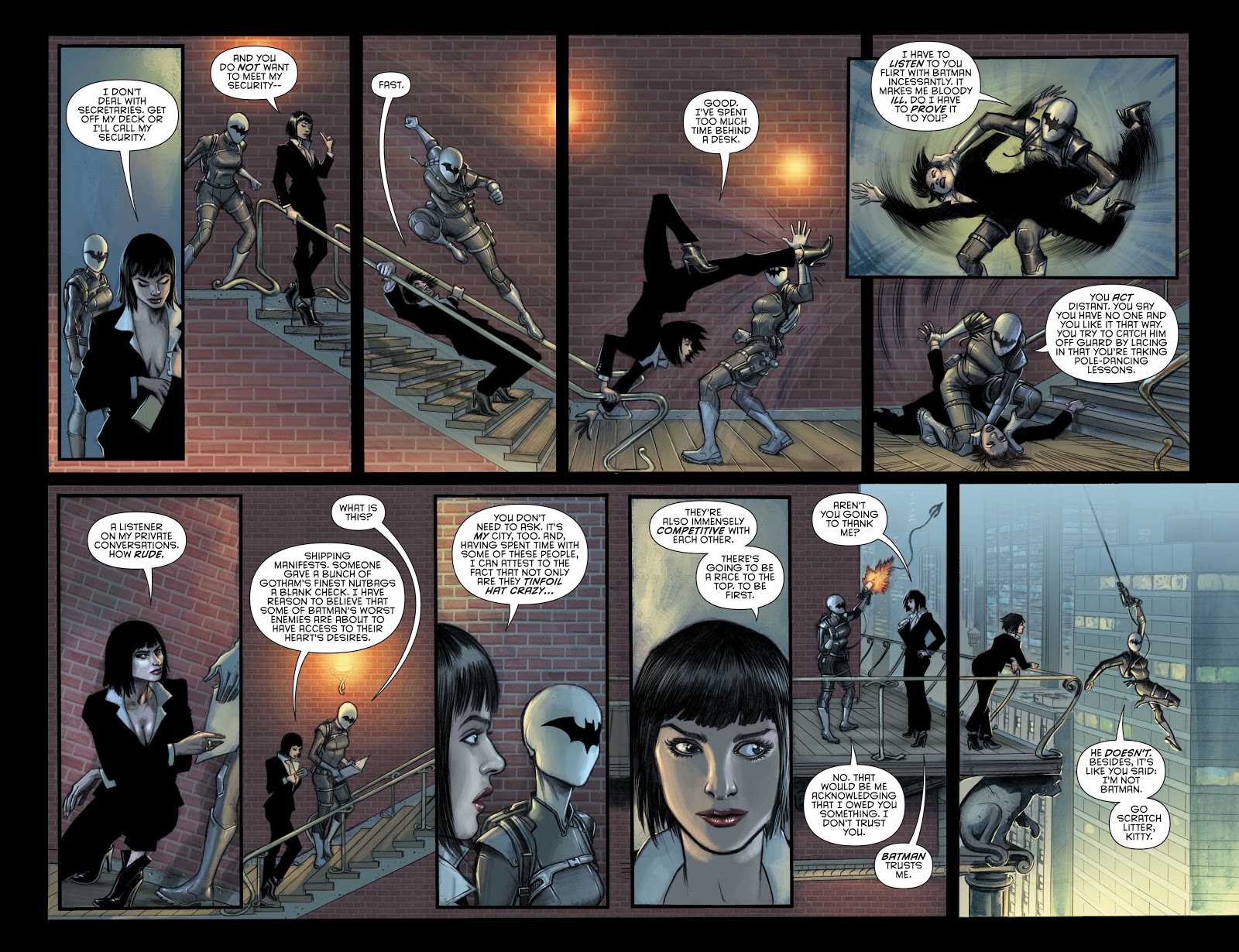 This third hefty volume concludes Batman Eternal. So far we’ve seen a gang war in Gotham, the removal of one police commissioner and another fatally compromised, and Batman concluding that Hush is the villain orchestrating everything. It’s part of a grandiose plan of revenge on Bruce Wayne, Hush being one of the few people aware he’s also Batman, and Volume 2 ended with the city authorities seizing control of Wayne’s assets. The story has been orchestrated by Scott Snyder and James Tynion IV, with contributions from the writers of other Batman titles in 2015, who’ll also script chapters. That it’s a year long celebration of Batman’s 75th anniversary is a neat idea, but needing to encompass 52 chapters has already led to padding. It’s pleasing there’s far less of it over these final eighteen episodes. Batman’s trip to the mountains qualifies, but almost everything else concerns itself with wrapping up plots set in motion and moving the story forward. Pretty well all killer, and little filler.

Time has moved on slightly since the Volume 2 ended. Wayne Manor is to be transformed into the new Arkham Asylum (see Arkham Manor), and the writers come up with a thrilling action based trap over the first two chapters. Just the concept gives artist Fernando Blanco a lot to dig into, but there’s an emotional depth as well, which Blanco also nails, and those chapters end with a great revelation. It turns out some of Gotham’s big villains have a part to play after all, and as the chapters continue we’re led on trail that rips back one mask after another as Batman is frustrated by not knowing who the ultimate puppet master is.

Another troop of artists are shipped in to handle a chapter or two at a time, even contributing writers Ray Fawkes and Tim Seeley permitted a few pages. Almost all art is high quality, but some has quirks. Andrea Mutti is a little off message on how some of the villains look, his Bane a potato in a costume, and David LaFuente’s pointy noses on people are out of place, but both are otherwise excellent. The sample art is the equally excellent work of Juan Ferreyra, a spread that avoids giving away any secrets. So many memorable images are spread throughout the pages that it takes something really special to be near the top of the list, but Eduardo Pansica manages it in the final chapter with his multiple Bat Signals.

Secrets are what sustain the mad rush of Gotham falling to pieces. Almost everyone with a major part in Batman Eternal has them, and the writers skilfully exploit the biggest secret of all, just who’s behind pulling Batman’s life to pieces. When the answer comes, it’s wonderful, the writers almost waving a flag at certain points as to who’s been orchestrating everything, knowing it would fly past readers as well as Batman. During the wrap-up, the importance of characters introduced in the series who’ve not yet accomplished much is validated, Harper Row having a fine moment, and it can’t be underestimated that this closing section being light on padding is invaluable. It’s been a fine ride overall, though, with way more good than bad, and the finish is everything you’ll want.

While the three original editions are heavy enough (or four if you’re going for Eaglemoss’ British release), if you really want to work out, you could try lifting the Batman Eternal Omnibus over your head fifty times a day. Batman & Robin Eternal provides a sort of sequel. 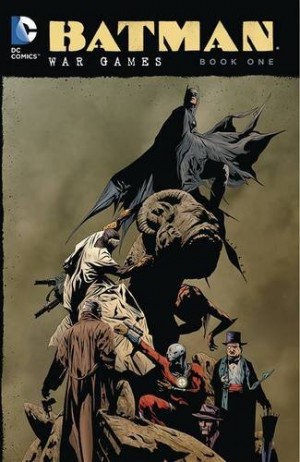