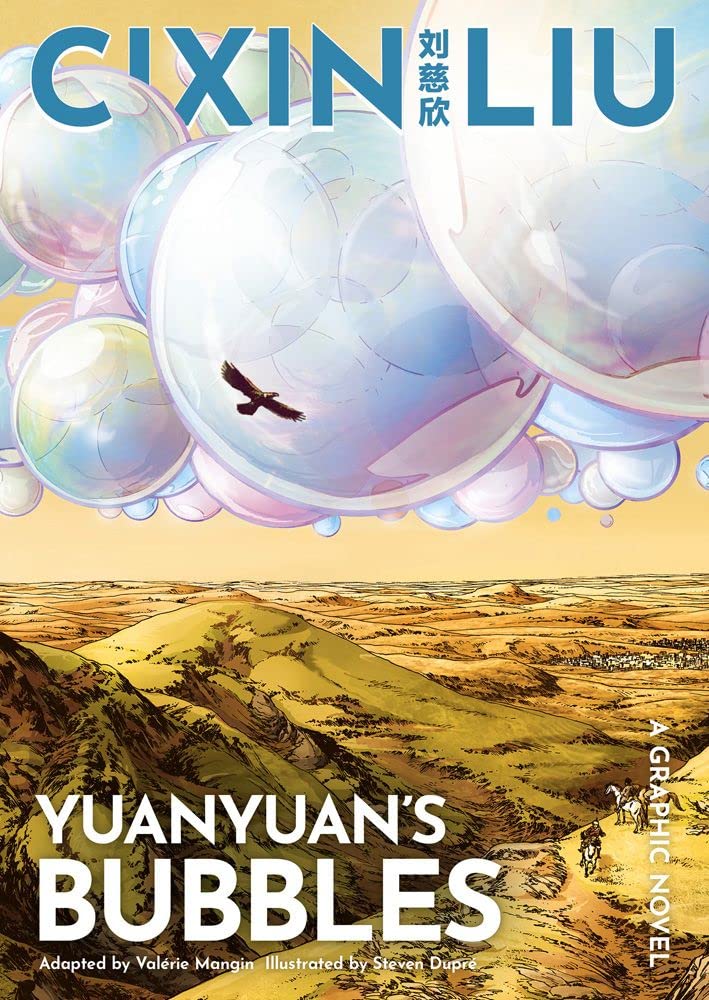 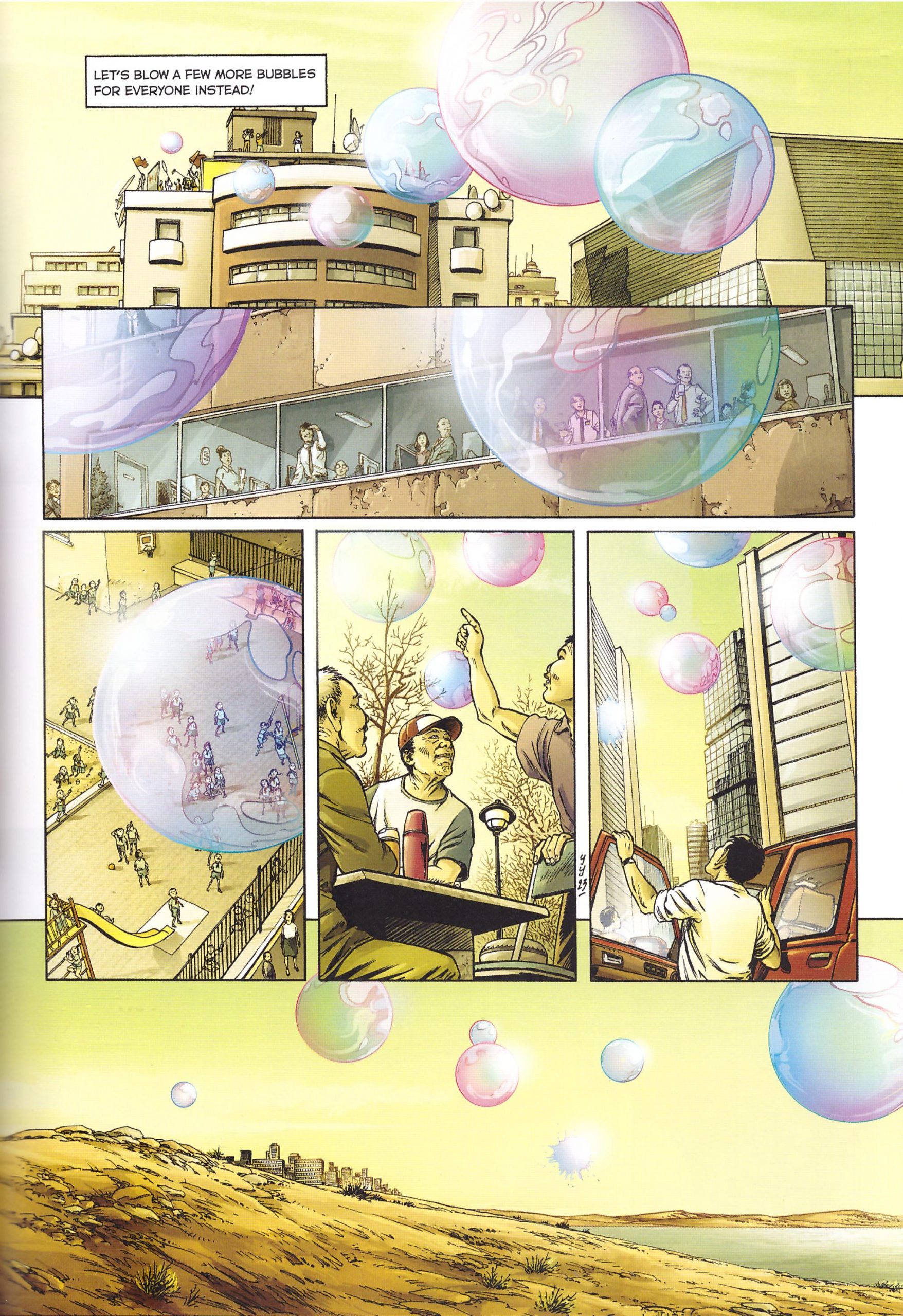 Cixin Liu is a Chinese science fiction author, writer of several novels and of several short story collections. He’s imaginative and prolific, a back cover quote from the New Yorker likening him to Arthur C. Clarke. Yuanyuan’s Bubbles is part of an ambitious project in which comic creators of various nationalities are brought together to adapt Liu’s stories. In this case French writer Valérie Mangin with Belgian artist Steven Dupré.

The result is a strange mixture. On the one hand Liu addresses the Chinese social policy of constructing massive cities, in this case a city in decline because there’s not enough water in the vicinity, and on the other there’s Yuanyuan and the strange obsession she has with soap bubbles. She’s shown as a baby responding to them, stopping her crying immediately, but as she grows older her love of them only increases, something her considers juvenile and fails to understand.

A continual use of bubbles throughout is a visual gift for Dupré, and he creates some glorious views using them, with the colouring of Cyril Saint Blancat significant. As seen on the sample art he textures the bubbles rather than just keeping them transparent, and it adds tone. Dupré supplies a lot of that himself, his locations very detailed and his people charming,

It’s likely to be obvious almost from the start that Yuanyuan’s interest in bubbles is going to pay off, the very title indicating that, yet the way Liu’s plot moves forward is rapid. By midway through the book Yuanyuan’s scientific knowhow has her running a multi-million dollar company and it leads to a cleverly introduced schism with her father over investment priorities.

This is the shortest of Liu’s graphic novel adaptations to date, but that’s partially down to Mangin’s excellent compacting of the plot. There’s not a panel wasted, nor much time for reflection, yet the emotional moments still transmit. It’s a whimsical optimistic and joyful story with a pleasing progression from beginning to end, stressing the importance of letting someone follow their dreams. Those dreams may come to nothing or they may change the world, but either way the result is a happier individual. 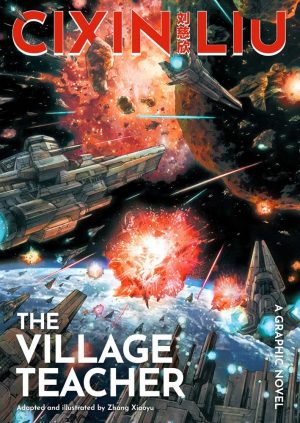 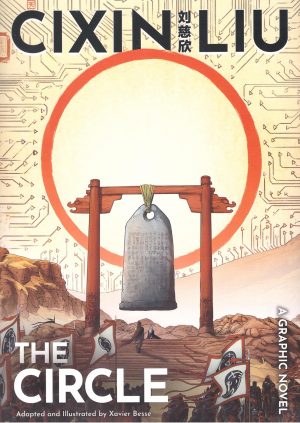 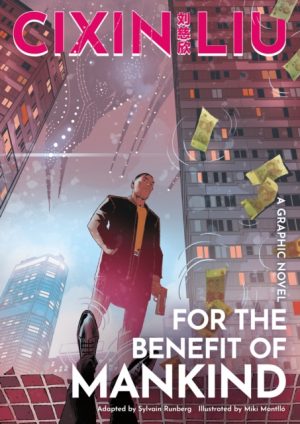 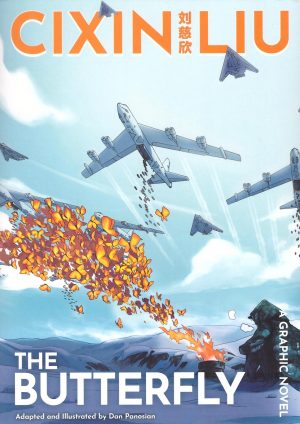