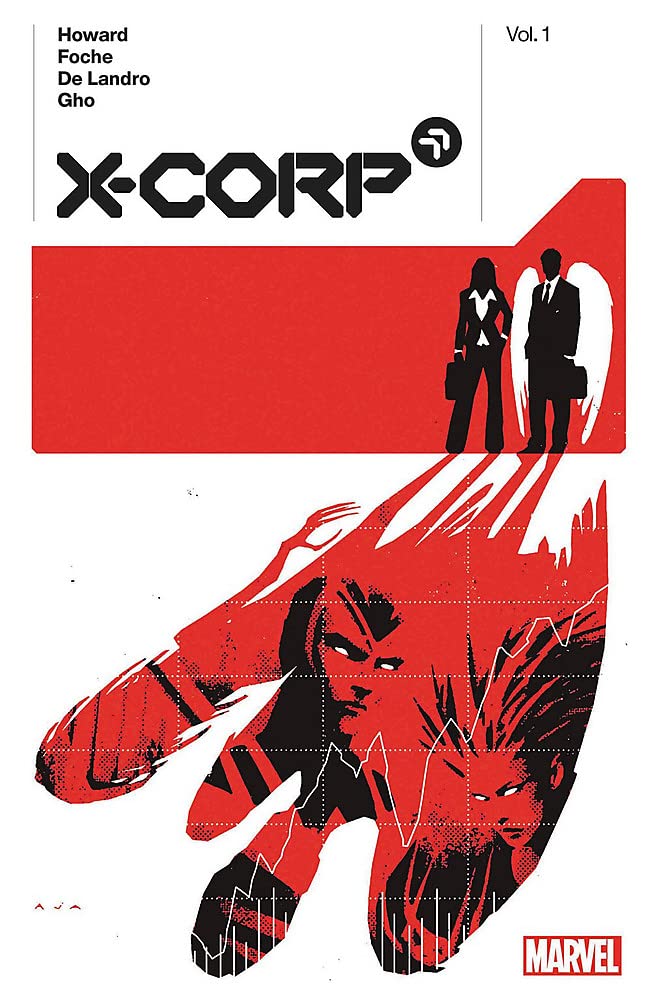 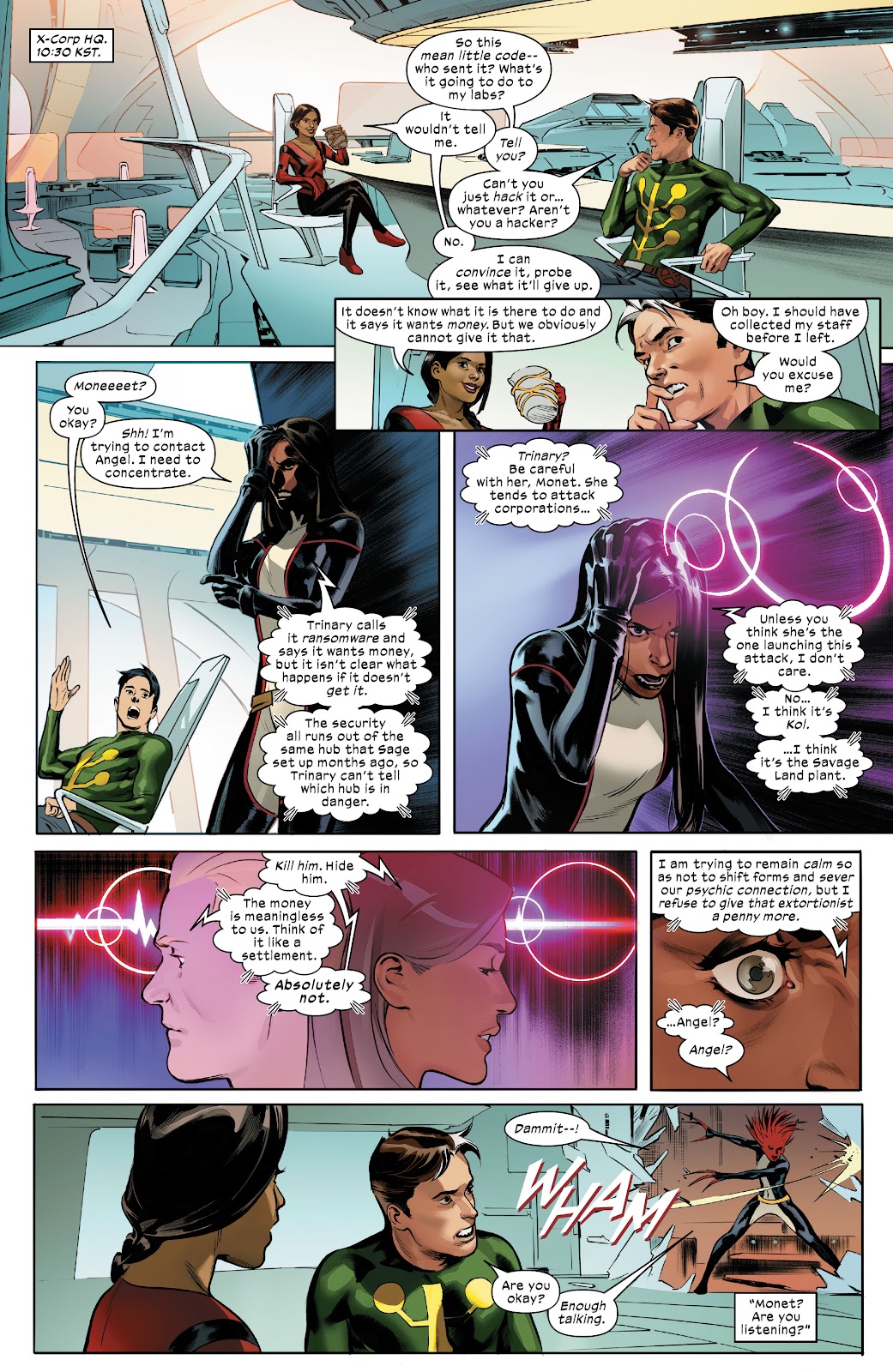 X-Corp occurs early in the 2019 reboot of all Marvel’s mutant titles, presenting the business arm of the mutant society now based on Krakoa. It’s headed by Angel and Penance, aka Warren Worthington III and Monet St Croix, both of whom present a drop dead gorgeous face to the world, and both of whom have vast personal wealth. Their first priority is staffing a board.

While Alberto Foche brings a glamorous world to life, Tini Howard rapidly makes the point that the X-Men may be used to dealing with mutant villains, but there’s a far lower form of slime, and they wear corporate suits. In a world where only profit and opportunity matter, can X-Men make any headway?

The answer to that lies in the cast Howard puts together and which she uses very creatively. Angel and Monet quickly realise that good looks, great smiles and killer bods alone aren’t going to cut it, and some behind the scenes help is required. The selections are impeccable in dealing with the threats raised, and Howard also manages to make the trickery of the business world an appealing proposition for a visual medium. It helps that her corporate slime is a very persistent type who won’t give up whatever the odds.

Foche can sometimes draw people as stiff as a surfboard when they’re just standing around, but his action scenes are a blur of movement, and he has a great sense of scale. Valentine De Landro handles the middle chapter in a slightly muddier way, but it’s also good art.

This is the one and only volume of X-Corp, which is a shame as it makes good use of the people involved, and presents them as fallible, which is an interesting change for what’s still a superhero action title. Howard has rather a casual attitude to Multiple Man’s duplicates, seeing them as cannon fodder whereas the more thoughtful writers in the past have always characterised him as protective of them and their experiences. There are also several places where no-one considers widespread recording technology would be extremely useful, but those are both minor quibbles about what’s otherwise a fun time.