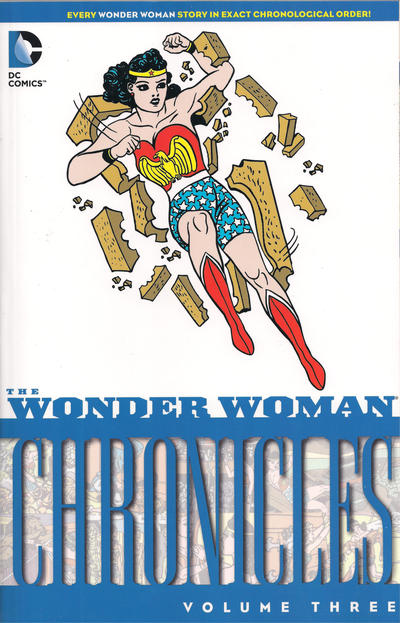 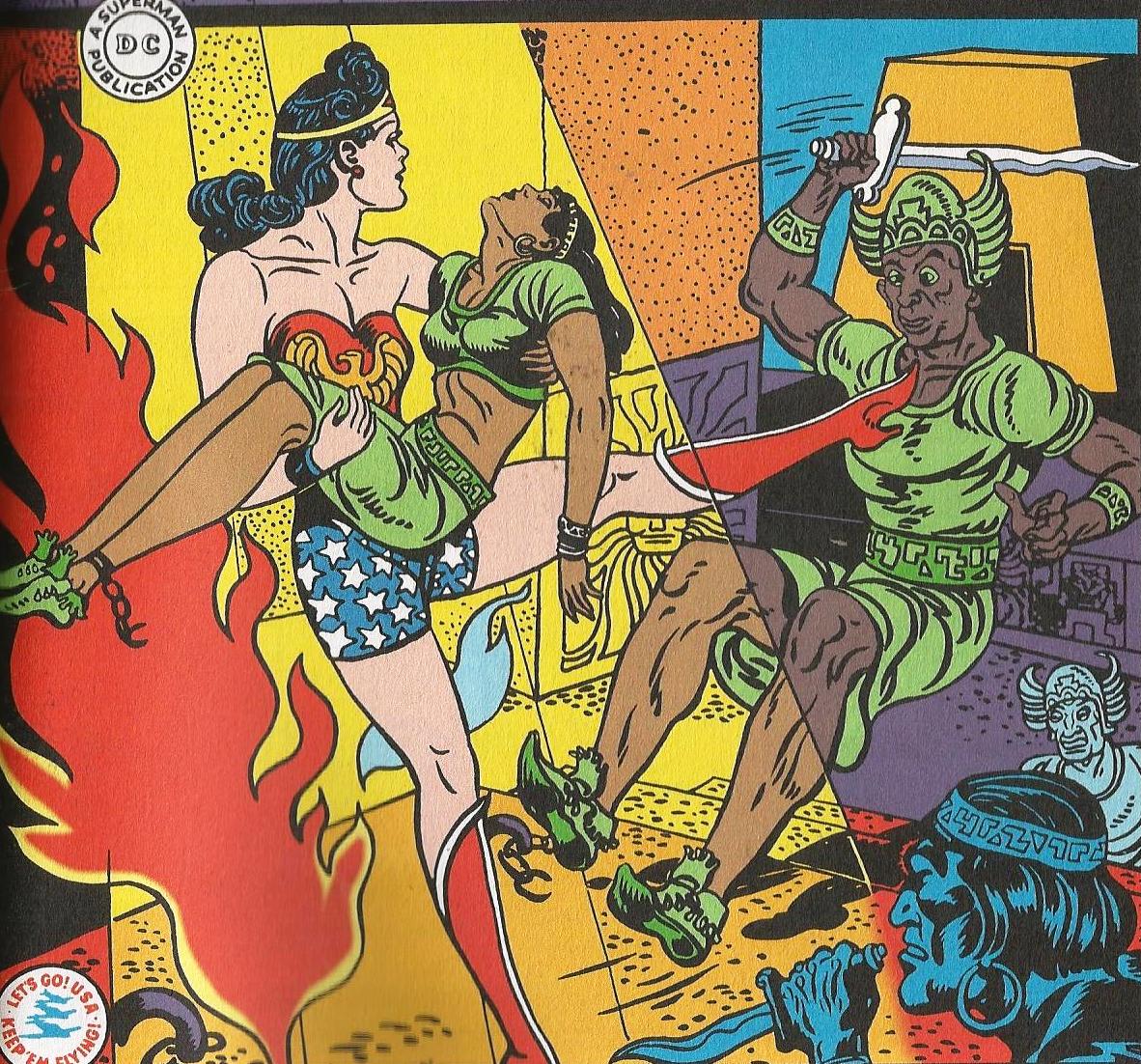 Continuing the complete and sequential reprinting of Wonder Woman’s 1940s adventures, this takes us through to mid-1943.

Although the contents page attributes all but two of the stories in this volume to the usual illustrator, Harry Peter, visual evidence, and external sources, indicate that four of the stories reprinted from Sensation Comics and Comic Cavalcade are by Frank Godwin, a distinguished cartoonist who, like Peter, was heavily influenced by Charles Dana Gibson. These stories – ‘The Masked Menace’, ‘The Talking Lion’, ‘Wanted by Hitler, Dead or Alive’ and ‘The Secret City of the Incas’ – are more conventionally ‘pretty’ than Peter’s, and while technically better executed, show a languor unrepresentative of the strip at this time. It’s as if a bunch of Hollywood chorus girls decided to play Wonder Woman dress-up.

Most of the shorter tales here are low-key: standard battles with the Axis or their minions, and the occasional soppy tale of a kid with a problem. They’re competent, but routine. The two longer sagas, however, are more significant. The first underscores one of the ways in which Wonder Woman’s series was almost unique among her peers, as it deals with – SPOILER ALERT! – the reformation and rehabilitation of one of Wonder Woman’s most vehement enemies.

Baroness Paula Von Gunther had been a ruthless assassin and Axis spy, possessed also of a scientific genius turned to dark ends, and an army of slave girls as her minions. Having been taken to Reform Island, a sort of therapeutic gulag off the cost of Paradise Island (home of the Amazons), Paula participated in Amazon training and gained not only enhanced physical power, but a moral ‘reboot’. In a four-part story, she undergoes a series of tests to determine if her reformation is sincere, and if she is fit to – as she wishes – dedicate the rest of her life to the service of Aphrodite. This is significant because while most heroes were happy to incarcerate or destroy their opponent, Doc Savage was the only other one who gave any thought to rehabilitating them – but he did it by lobotomies! Wonder Woman consistently believed in the re-education of wrong-doers – well, female ones, anyway – and Paula’s case is the outstanding example, as she remained a regular supporting character, and a valued ally, for more than a decade.

The other four-parter concerns Mars, the ancient enemy of Aphrodite and the Amazons, resenting both Wonder Woman’s involvement in WWII, and her encouragement of “Man’s World” women to fight for their rights and country.  Sending  his aide the Duke of Deception to enlist Dr. Psycho, a murderous dwarf with a pathological contempt for women, Mars launches a “misinformation war”. Psycho possesses the occult ability to manipulate ectoplasm, but, ironically for a woman-hater, he needs a female medium to generate the ectoplasm!  Touring with his enslaved wife Marva,  Psycho presents ‘George Washington’ and other  respected historical figures as opposed to women’s war work, stating that they will “betray their country, through weakness if not through treachery!” The convoluted tale sets up one of Wonder Woman’s major nemeses, giving Dr. Psycho sufficient backstory that the reader’s sympathy is initially engaged – up until the point where he force-feeds a romantic rival raw radium! The involvement of Mars and other Olympian deities such as Wonder Woman’s namesake goddess Diana also give the tale an epic range.

Despite the grand panoramas and unusual development of character in the two feature-length stories, the rather tepid selection of shorter tales during this span means that, while it is more clearly focussed than the second volume,  it lacks the vigour of the previous two books.