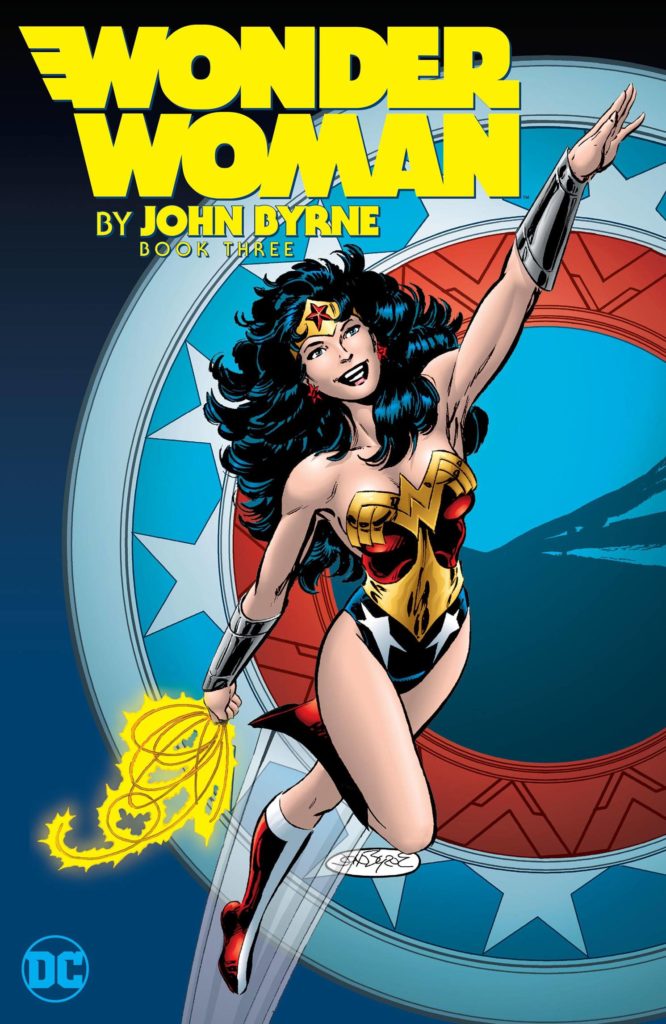 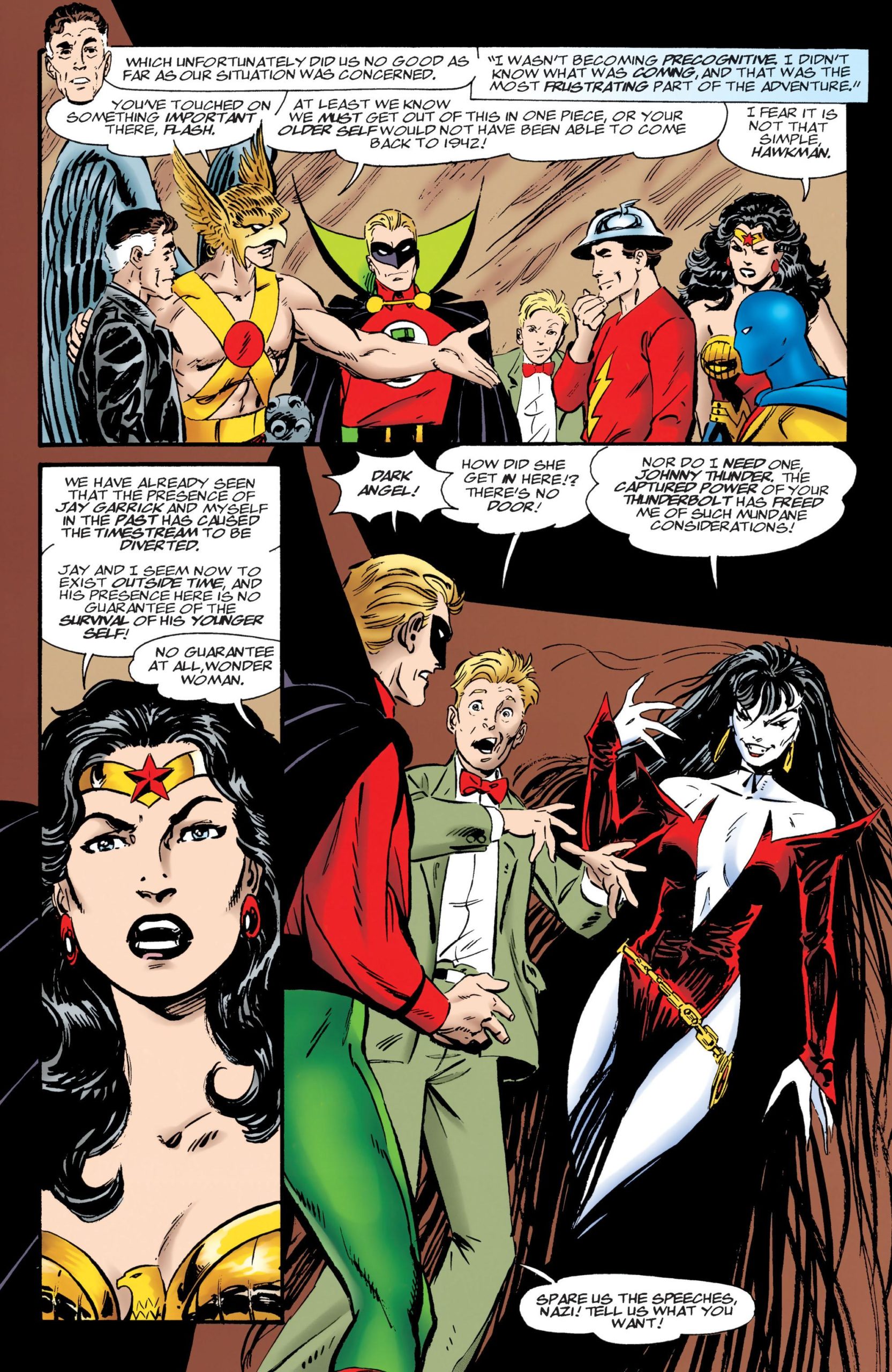 A final collection of John Byrne’s Wonder Woman stories covers what he produced in 1997-1998, and the continuity picks up with the apparent death of Wonder Woman as seen in Book Two, her soul having been incinerated by the demon Neron. It actually turns out to be a case of death’s door, and a nicely balanced opening chapter has the Justice League members calling in to help, the interesting touch being this is individually. Byrne uses Diana being out of action to tour her supporting cast and other friends, generally offering some insight, and even managing to shoehorn in snippets of a desperate battle elsewhere without it coming across as either intrusive or frustrating.

As it turns out that supporting cast, with a few additions, carry a lot of this collection. It’s not going to surprise anyone to learn Wonder Woman circumvents death, but Byrne’s method of her doing so is clever, and leads into a new direction for Wonder Woman. For those familiar with their DC history it’s Byrne being smart as he tinkers with continuity, but this is carried out in a manner requiring no knowledge of Wonder Woman’s past. By the mid-point Byrne has four main plots on the boil: Wonder Woman involved with the Justice Society in the 1940s; the disappearance of Helena Sandmark and Jason Blood; Donna Troy tormented, and problems among the Greek Gods. It’s a lot of balls to juggle, but Byrne has a master plan that plays out really sweetly and satisfyingly, although involves splitting the cast into two separate stories for a while.

However, as with the previous two collections, it’s plastered with so much unnecessary dialogue and so many unnecessary captions, and it affects his art. There are some fantastic looking pages here, Byrne delivering the grandeur of the Gods or the imposing nature of the Source wall, but there are many other pages where the art is hampered by the sheer volume of words. As a sole creator Byrne may plot first, then draw, and only then add the words, but the art on many occasions seems deliberately restrained to accommodate those words. Phil Winslade draws an interlude story set in 1950 that ties into the main continuity, and it’s nice piece of chameleon work, Winslade adapting his own attractive style somewhat to keep the visuals consistent with Byrne’s art, very apparent in the busy backgrounds.

Anyone concerned with continuity may not be best pleased with Byrne solution to Donna Troy’s confusing backstory, which intends to clarify, but in effect adopts the clean slate, which had happened in the past. Anyone unconcerned about continuity will read a neat story with a neat ending. Ignore the word count, and that applies to much of Byrne’s run on Wonder Woman.