Vixxxen: The Adventures of Selen Book One 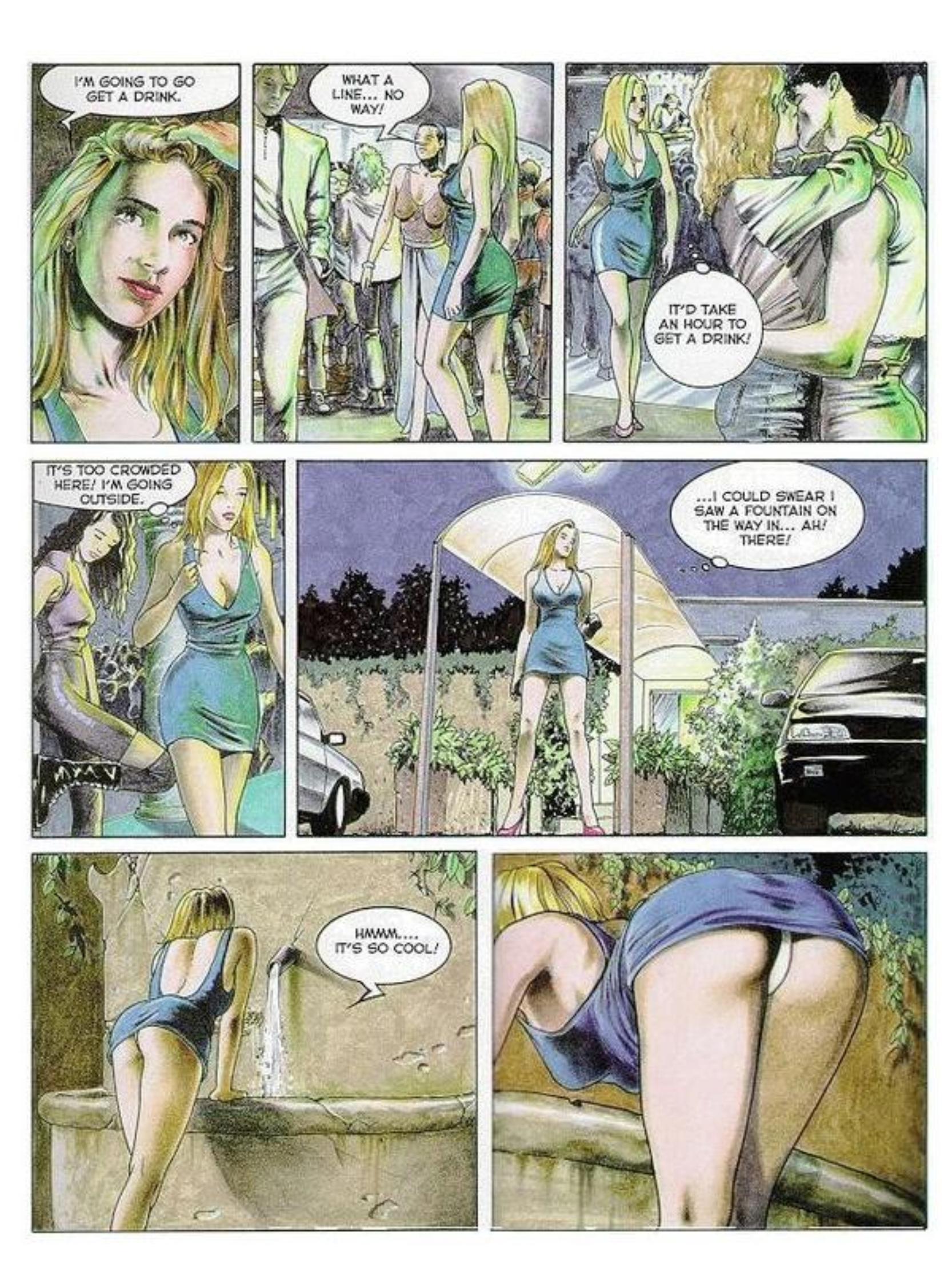 In the mid-1990s Selen was one of the biggest names in the European adult film industry, combining a relatively natural look with an exhibitionistic streak, and Vixxxen was a sideline purporting to relate her real life sexual adventures.

The sample art displays the exhibitionism, Selen leaving a hot dance club for fresh air and a drink of water. It also shows why Vixxxen is a cut above most comics erotica. It is obviously pandering fantasy and equally obviously objectification as almost everyone participating in the sex is an idealised paragon of beauty. However, unlike many sex comics, there’s never a moment when Selen isn’t in control. The story continues from the sample page with her tormenting two teenage boys who catch her at the fountain, and other strips show her deciding who she’s going to be having sex with. A further step away from conventional sex comics is the strips all featuring Selen’s husband of the time, Fabio Albonetti, sometimes participating, sometimes not, but a constant reinforcing of a world behind the fantasy.

As the sample page also shows, Luca Tarlazzi is one hell of an artist, while his website displays an incredible artistic versatility. There’s a delicacy to his line and to his watercolour tones, and he applies the same attention to detail as he does on his historical paintings. It’s seen on the distressed stonework of the fountain, the way Selen’s dress hangs, and the vegetation on the club walls. Later pages show well composed beach scenes, and while that’s all secondary window dressing, it’s thought barely applied to many sex comics. It would count for nothing if the sex wasn’t raunchy and arousing, but Tarlazzi knows he’s selling fantasy and supplies it in naturalistic detail.

Selen and Tarlazzi proved an alluring combination, and three further volumes followed, all translated by Eros.