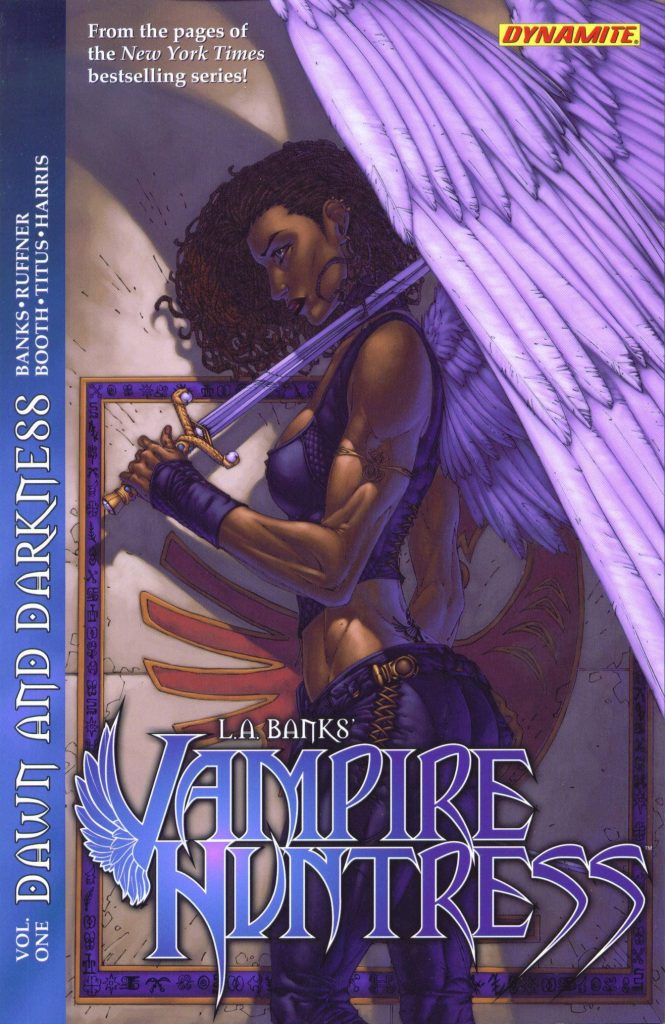 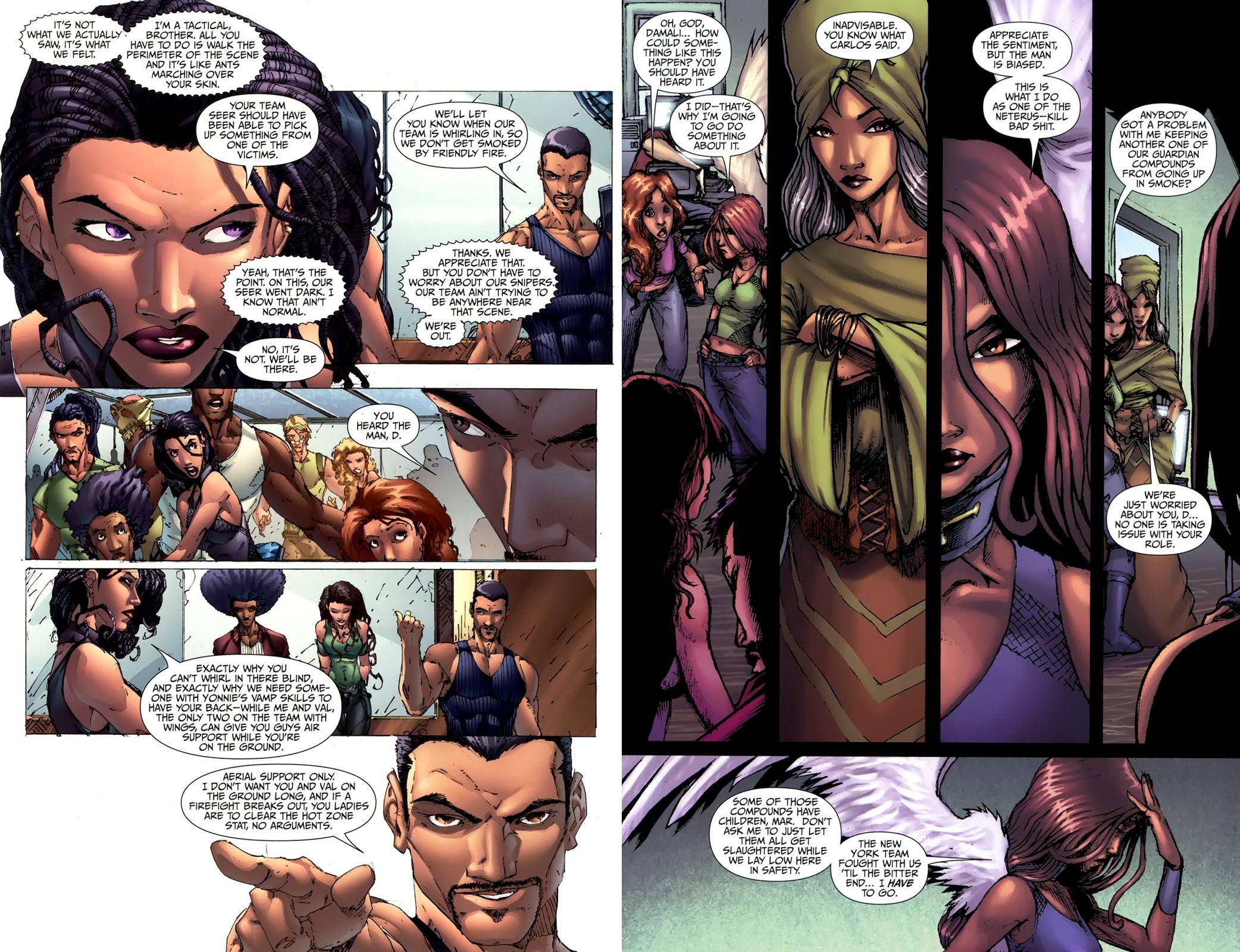 By the time L.A. Banks came to collaborate with Jess Ruffner on a graphic novel, her Vampire Huntress novels had grown into a fantasy phenomenon, concluded in twelve volumes. Dawn and Darkness isn’t an adaptation, but an epilogue, occurring after Damali Richards, the Huntress, has faced down everything thrown at her. As such, this definitely isn’t aimed at the newcomer to Banks’ world.

Damali is a once in a millennium embodiment of divine energy, but is part of an entire team tasked with seeing off dark forces, each with a different talent. Did Banks have Brett Booth’s versions in mind when it came to embodying her characters? What Booth delivers is a set of clichéd pretty people, ridiculously proportioned and always posed rather than standing naturally. They supply an unintended comedy veneer not dispelled by the writing. The presumption is that Banks supplied the plot, and Jess Ruffner, whose vampiric credibility stems from Anita Blake graphic novels, supplied the dialogue, which is poor. Characters constantly explain to each other for the audience’s benefit, their use of slang is woeful, and they never stop talking, as if the artist can’t be trusted to tell the story. That’s all three of them, by the way. Greg Titus (sample art right) draws the two middle chapters with even less inspiration than Booth, and while N. Steven Harris is the most imaginative artist, he seems to have drawn his chapter in a hurry.

However, for all that, it’s Banks’ name on the cover above the title, and her plot never moves away from the obvious. It’s complicated by making only the barest concessions to anyone who hasn’t read the novels, as all the explaining that occurs is plot-driven, and no attention is given to the cast, whose appearance is frequently either very convenient or very inconvenient. Plus, while accepting the concept that extra care has to be taken during pregnancy, the constant stream of patronising comments about that irritates, and if it’s such a major plot point, perhaps someone could have mentioned this to the artists, who draw pregnant women as if glamour models.

Banks takes over the complete writing halfway through. Still word-heavy, there’s a slight improvement when it comes to the cast interaction. Dawn and Darkness was intended as the first of a series, but stands alone, and with Banks controlling the rights it’s presumably down to her being unhappy with the final result. There’s nothing to recommend it.