Valerian and Laureline: The Future is Waiting 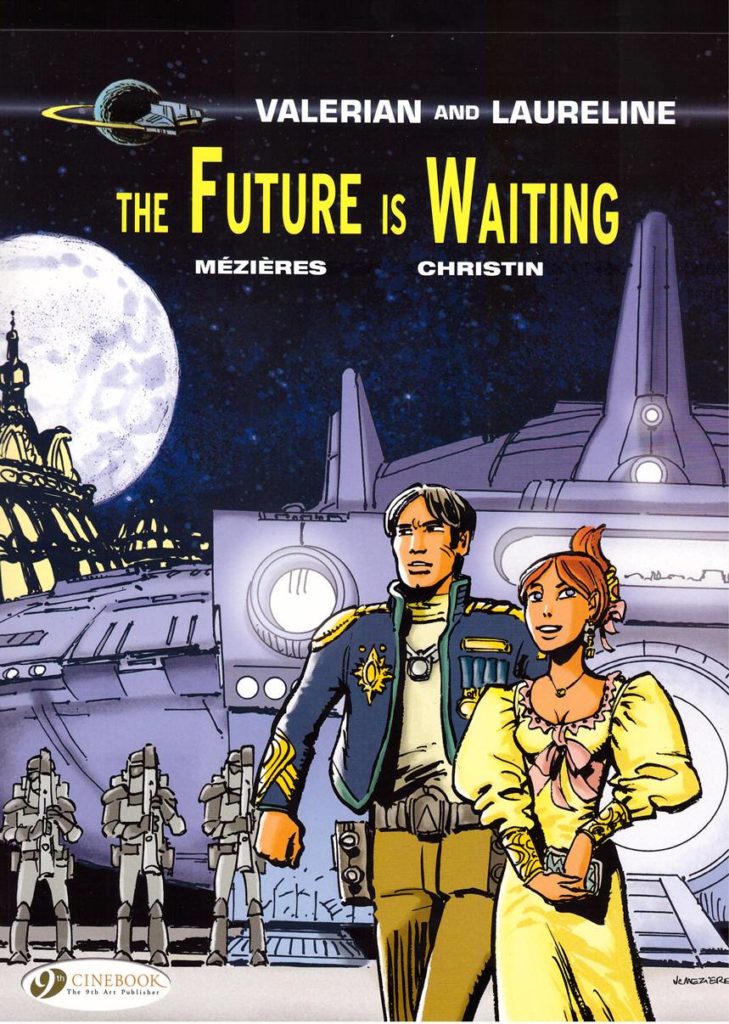 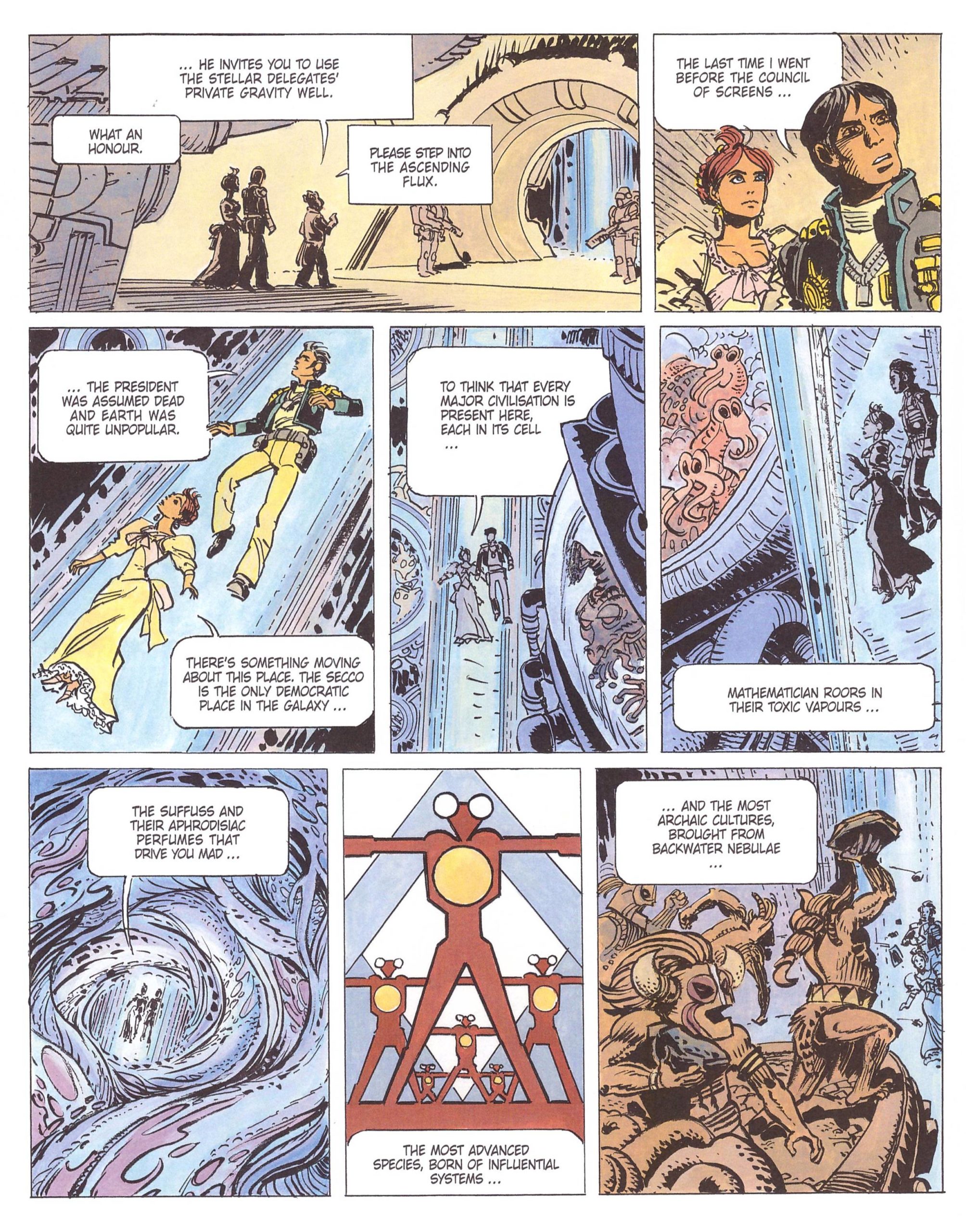 The Future is Waiting concludes Pierre Christin and Jean-Claude Mézières’ valedictory tour as begun in Memories From the Futures. That didn’t prove very satisfying, but this is a more pleasing experience for not sticking as closely to the plots of earlier triumphs. It repeats the formula of revisiting people or planets, but this time offering new experiences. As before, the short pieces are separated by illustrative spreads from Mézières, and once again these aren’t designed to be appreciated at close quarters. Held at a distance they reveal their charm, although some still have a dashed off look.

Valerian and Laureline has always been a harmonious strip, ideas and the ingenious solving of a problem having a greater priority for Christin than supplying a spectacular battle, and here Christin is more or less back to his regular imaginative self. Valerian and Laureline head around the universe one final time sorting out problems for those they consider friends, people who’ve accompanied them on their adventures. We catch up with Molto Cortesi, the Schniarfer, the Prince of Ultralum, Albert and friends in Scotland, and the Shingouz, even seeing a few less desirable folk along the way.

Once he overcame a tendency to fill his panels with too much clutter, sometime around the early 1970s, Mézières has been an astonishingly consistent and stable artist. A page from The Future is Waiting could be placed alongside a page he drew in 1978 and you’d be hard pushed to identify which was drawn when. This also indicates there’s not been any drop-off in quality, no deterioration or cutting corners as Mézières has aged.

The title ties into a very clever ending, which, if you choose to look at it in a certain way, reconfigures the entire series. Again. That’s neat, and the farewell tour around characters we’ve loved is cheery, better for the ambiguity enabling us to speculate as to where they’ll go from their final bow here. The possibilities of travel through space and time are nicely exploited, and while this doesn’t match the best of Valerian and Laureline, it’s a pleasing wave goodbye from their creators.