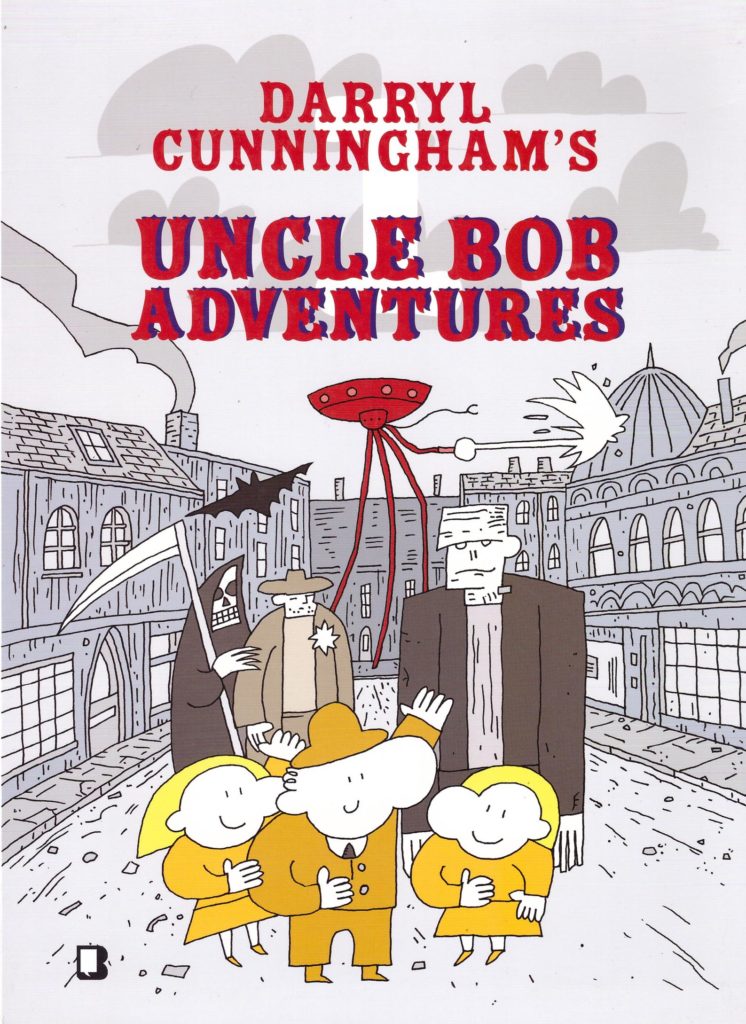 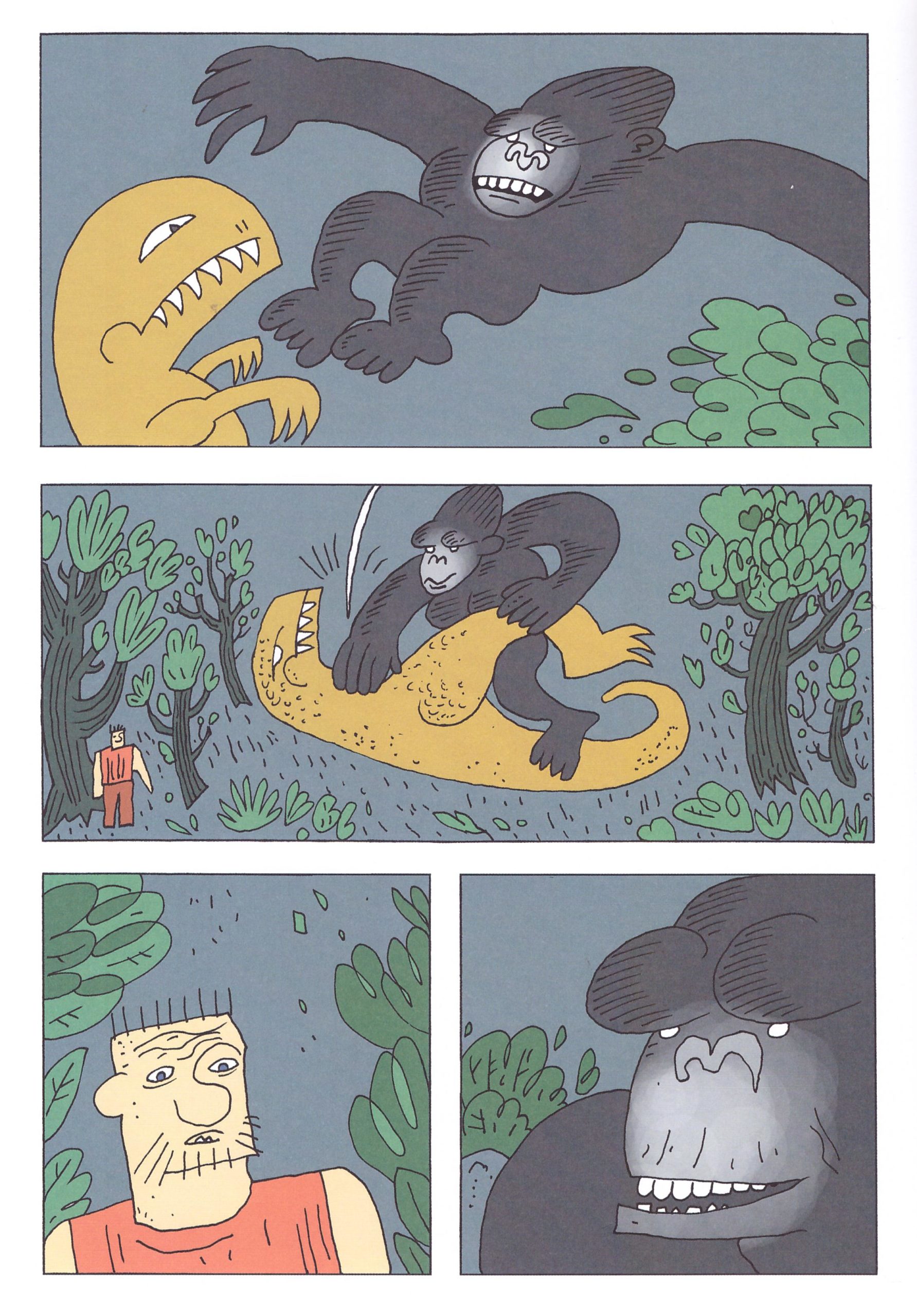 The elderly gent sitting his armchair has lived a life and has some stories to share, and we’re lucky enough to be sitting alongside Uncle Bob’s nieces as he relates his past.

There’s no point to Darryl Cunningham changing a successful formula, so as in Volume One, we’re treated to Uncle Bob relating four stories from his adventurous past. At one time Robert Merrison was Queen Victoria’s special agent, charged with protecting the British Empire, a duty he took seriously and devotedly. Each of his experiences has the trappings of a ripping yarn from the golden age of horror, SF and fantasy fiction, broadly stretching back for fifty years from 1920. This time the influences are Tarzan, Fantomas, King Kong, The Land That Time Forgot and Journey to the Centre of the Earth, but Cunningham just takes the locations and characters, building his own stories around them.

These are simple, charming and straightforward, as in his matter of fact manner Uncle Bob relates how he ended up at the centre of the Earth, or chasing a jewel thief through London. As before, Cunningham varies the colouring on each new piece, but two stories in more complete colour depart from the method of exclusively working in greytones with an additional colour or two for emphasis.

The production is also worth noting. Although paperback, the Uncle Bob Adventures have slightly stiffer than usual covers enabling a nice endpaper illustration to be used, in this case Uncle Bob playing chess with Death. His nieces are peeking in, and although relatively spartan with its furnishings, the room has objects connected with the stories scattered around, and a bookshelf acknowledging the inspirations.

As in Volume One, Uncle Bob’s adventures are imaginative and intriguing, and so ideal for enquiring minds of a younger audience.