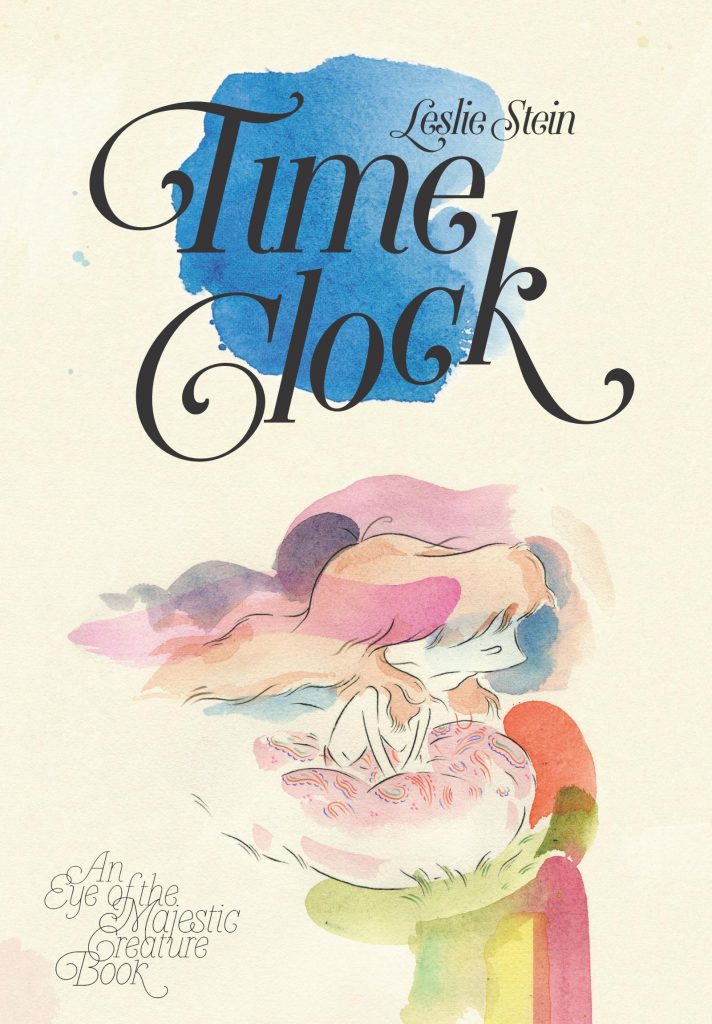 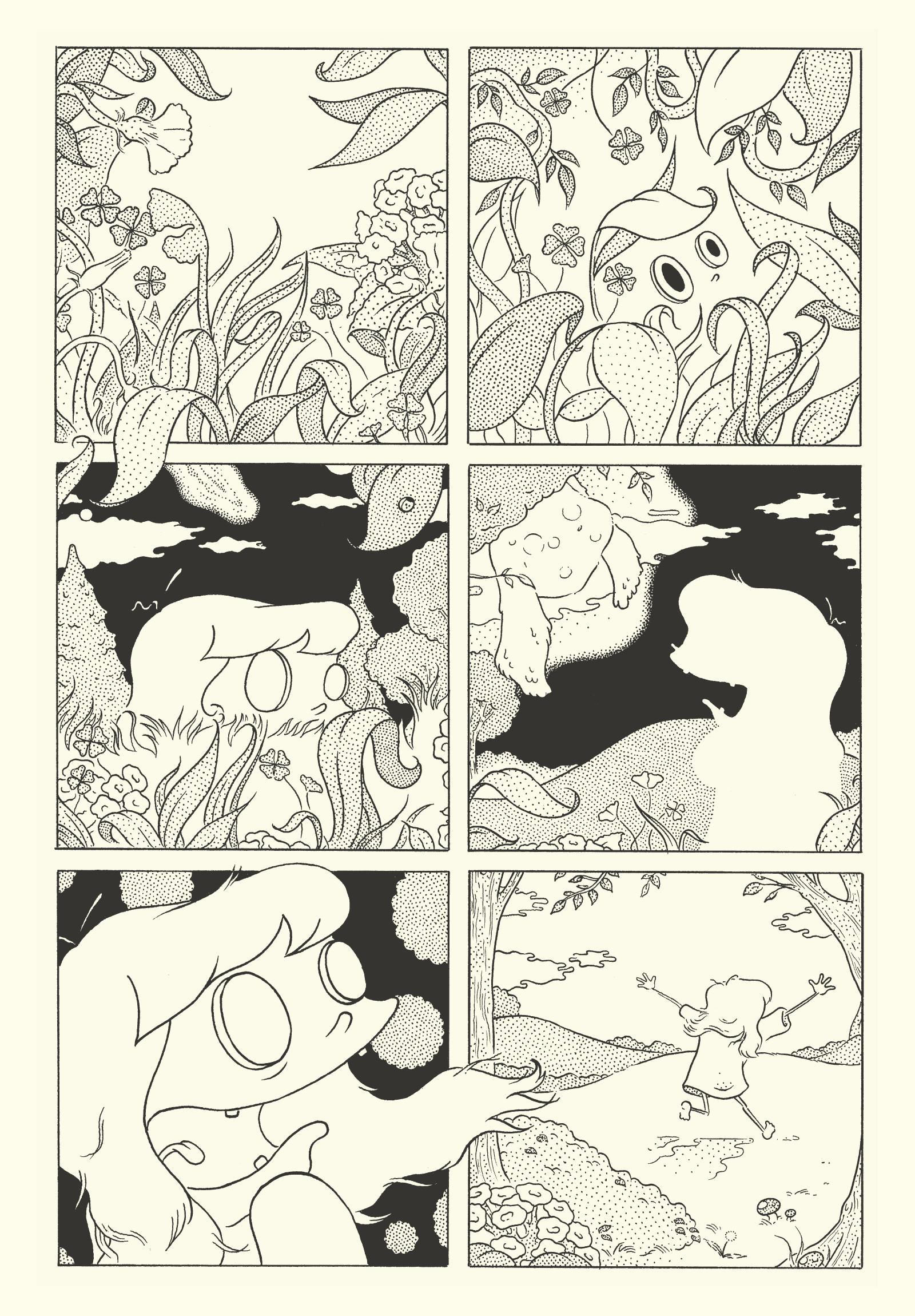 Time Clock is a deceptive beast, starting in a deliberately mundane manner before gradually introducing quiet anomalous items, and before you know it you’ve been swirled into a vortex of weirdness.

Larrybear works as a waitress, and the book opens with her clocking in and her daily routine. She gets on better with some of her fellow workers than others, and some customers can be complete pains. Everyone resembles a stylised human, but ten pages in we’re introduced to her best friend, who has a bird’s head. Larrybear spends her weekend at a sand counting event, where people display sand sculptures, but knowing exactly how many grains they’re constituted from. Larrybear has a talking guitar with arms that likes to bake.

The Eye of the Majestic Creature subtitle links this with Leslie Stein’s two previous books under that title, both of which merged fantasy elements with semi-autobiographical threads. There’s seemingly a subtext and a meaning to much of the content, but it’s so veiled in obscure comments and deeds that each interpretation will differ from others. The assorted speaking objects are presumably people who’ve been in Stein’s life at some stage, represented by their skills. This decoding and speculation makes for a sometimes very pretty, but ultimately unsatisfying read, because taken at face value, once you move past the surrealism it’s only occasionally that Time Clock sparks into life. One of the more engaging sequences has Larrybear in a bar and a typical drunk trying to impress her, but that’s brief and the exception. Too much of the remainder is nicely drawn without an awful lot going on, so comes across as intensely personal, but lacking the content to engage.