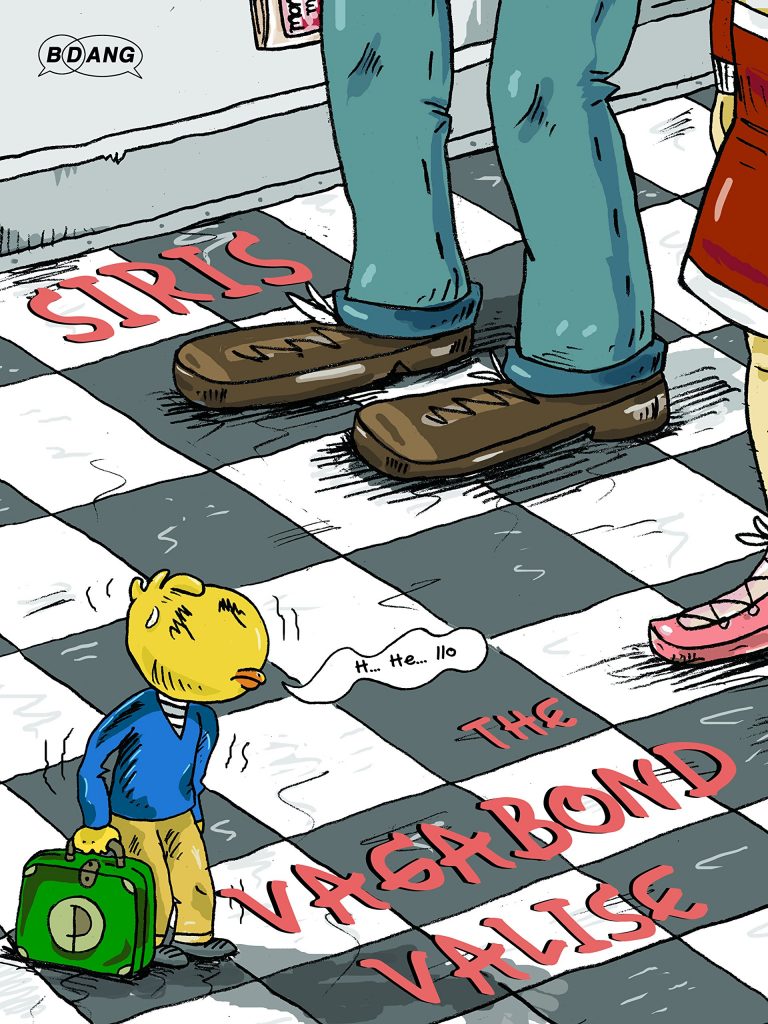 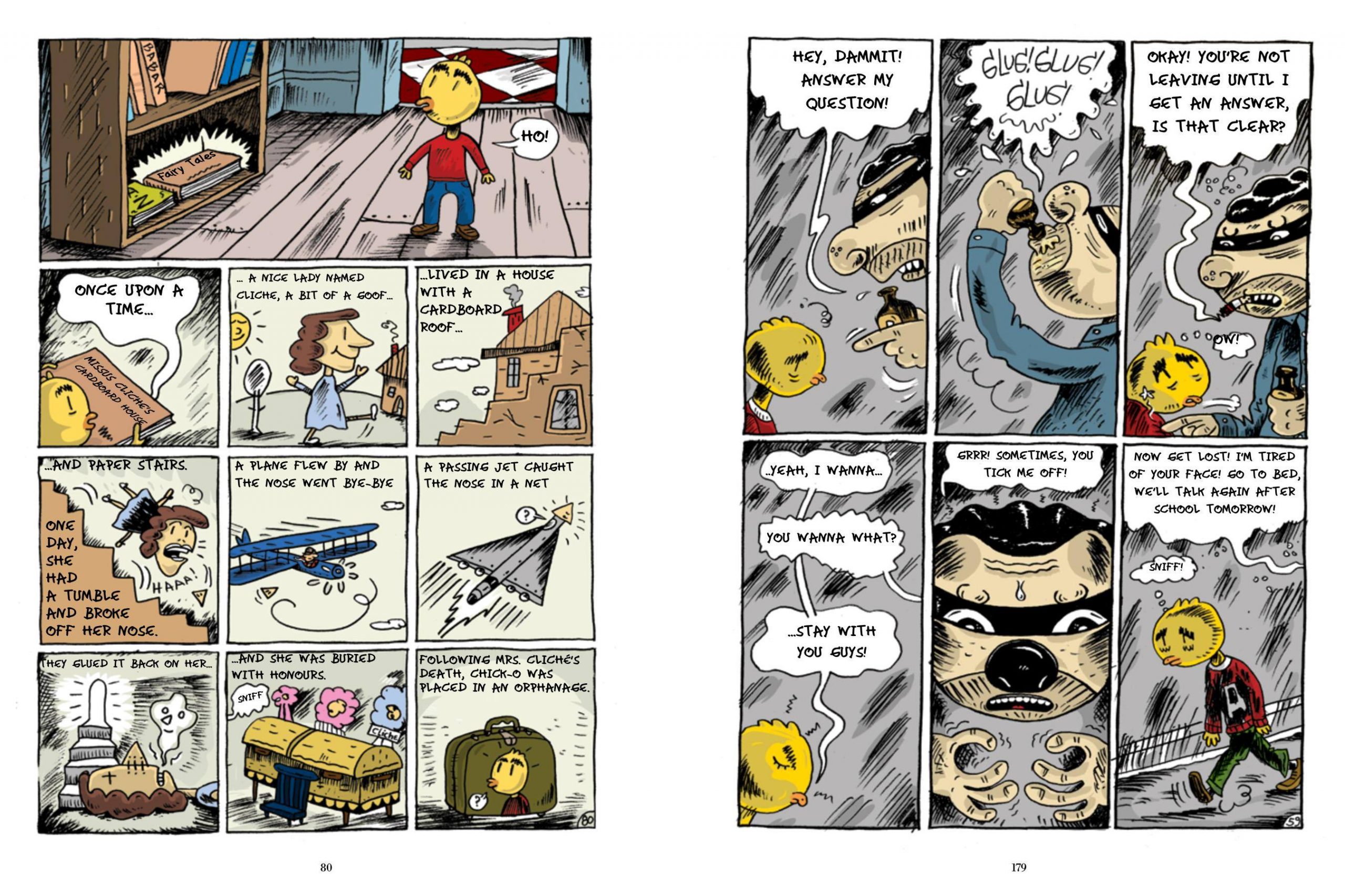 The Vagabond Valise begins as a wild and absurd journey that almost seems plotted on a page by page basis until it becomes clear that Siris (Pierre Sirois) is actually producing an autobiography that starts with an attempt to understand his father. As a young man in the 1940s Renzo is in a naval accident that leaves him with a club foot and the beginnings of an alcohol problem that means no job lasts very long. It’s a pattern that’s been continued for decades when his fifth child is born.

For reasons never clear, Siris adopts a second alias, referring to his younger self as Chick-O and draws himself with a chicken’s head. Oddly, while social services removed his four older brothers and sisters from their parents’ care, Chick-O is allowed to remain during his infancy, but is eventually placed in the same orphanage as his sisters as a prelude to a succession of foster families. Siris labels them with family names such as Inconstant and Cliché, matching their attitudes, and presents a largely unhappy and tormented life among families who show little concern, never mind love. He’s finally placed with the Troubled family from the age of seven. A constantly aggressive father eventually crosses the line into violence, the mother sees Chick-O as an indentured servant, and a sniggering boy around Chick-O’s age takes his cues from his parents. His sister shows some humanity and stands up to her parents, but she’s considerably older and not present for most of the time.

Siris has a tidy underground comics style, and shows how comics and drawing provided comfort from an early age. While seen as a waste of time in the Troubled household, his talent eventually prompted admiration outside it. It’s flat cartooning, but all necessary detail is there, and there’s a refinement needed to create the impression of spontaneity, yet the style helps to distance the anguish of his younger daily life. Siris is especially good at character creation, his people distinct and their personalities instantly absorbed via their look.

It’s the always interesting art that carries The Vagabond Valise through to the end, when Chick-O’s experiences become more universal, and that highlights the feeling nagging throughout. While his youth is an appalling catalogue of neglect, Siris provides what’s more an exorcism than a memoir examining feelings, the emotions always transmitted on a basic level. As such his strongest moments are always those causing the jaw to drop, and there are enough of these to sustain interest.

The Vagabond Valise is a welcome translation, and it would be interesting to see Siris applying his engaging art to less personal material.