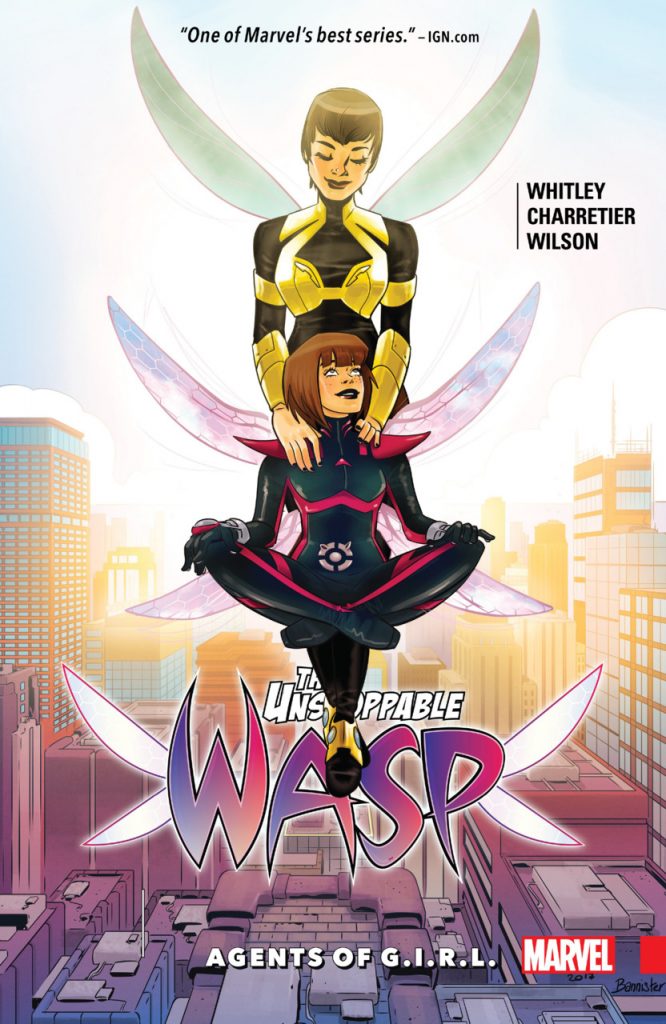 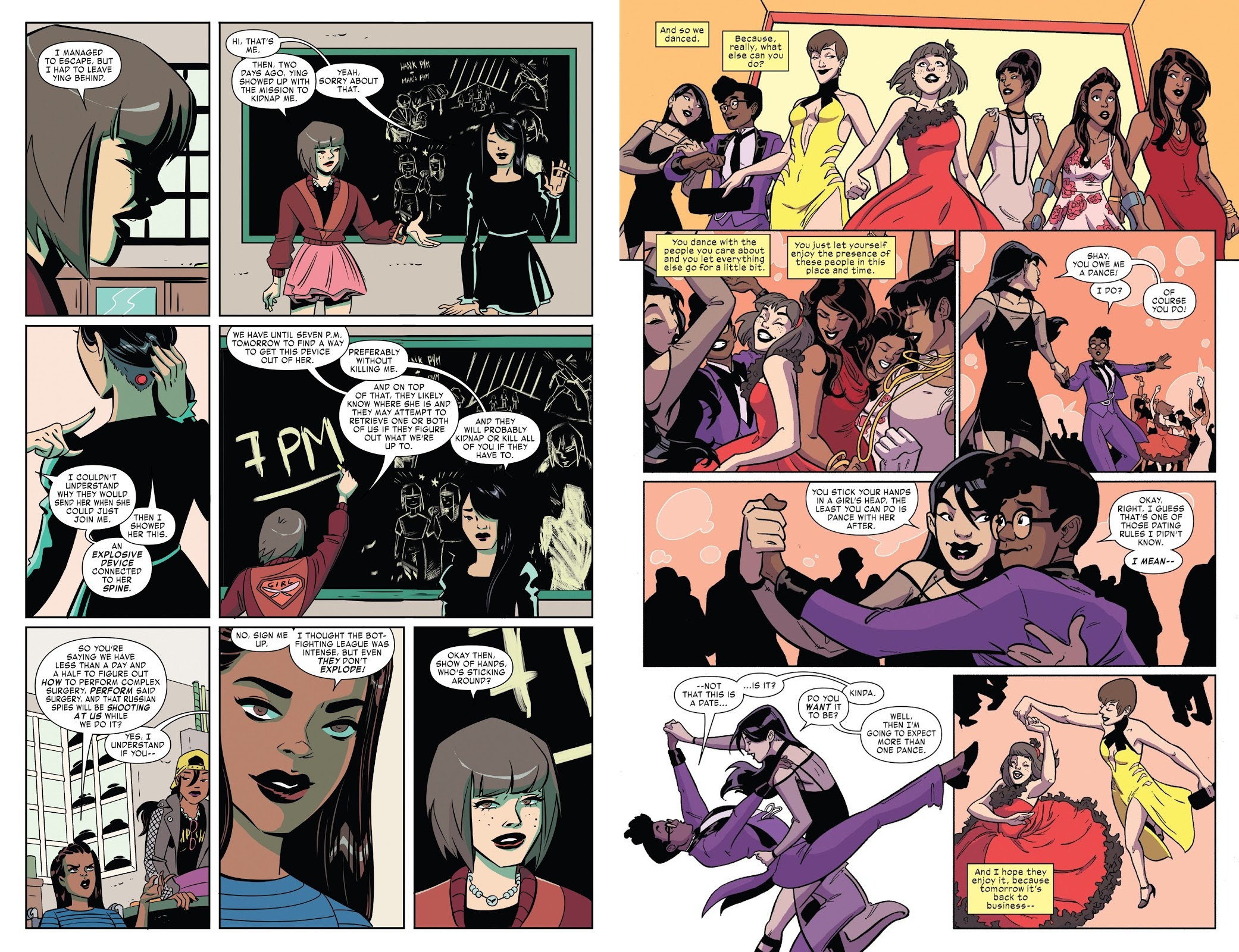 Nadia Pym has arrived in the USA after years imprisoned in Russia, where she was forced to use her great scientific intellect to design weapons. Disappointed at how few women are officially ranked among the world’s most intelligent people, she’s decided to gather an all-women research and development team.

In Unstoppable Jeremy Whitley and Elsa Charretier set an extremely appealing atmosphere. While presenting the battles necessary for a superhero comic, the tone was kept light and eccentric, bolstered by Nadia’s cheerful optimism and capable nature. She’d prefer to talk a problem through than use violence, although if violence is the only option, she can hold her own. Unstoppable ended with the discovery that her friend and research partner from Russia has been implanted with a device that will detonate in her head if Nadia is not brought back to Russia in 36 hours. What better challenge for the new research team?

Whereas Nadia meeting her new colleagues individually was endearing, them getting to know each other over several pages drops the mood to twee and irritating. It’s partly because there’s little to distinguish one from another beyond background and level of mobility, although Charretier’s cartooning is wonderful, and does this visually. Also contributing to the twee nature is Whitley letting the sitcom dialogue run away with him. Once the team begin their work, however, the quality steps back up and remains high for the rest of the book. Well, with one exception that we’ll get to below. Whitley is inventive when it comes to both setting problems for Nadia and for solving them, successful when he abruptly flips the mood at the halfway point, self-doubt and fear temporarily replacing confidence, and one great chapter ending cliffhanger follows the next all the way to the end. The narrative voice is switched halfway also, to that of original Wasp Janet Van Dyne, and that’s nicely thought out. It leads to Whitley having to deal with an uncomfortable past, and while his compromise might not satisfy everyone, most people ought to be able to accept the reasoning.

Charretier (sample art left) only draws the opening two chapters, but having also drawn all of Unstoppable, she’s defined the mood. Veronica Fish is also very good until it comes to the superhero fight in her episode. It’s well laid out visually, but there’s a stiffness to the figures. The team of Ro Stein and Ted Brandt (sample art right) are slightly more exaggerated, but also deliver neat storytelling and good visual personality definition.

What’s not as impressive is the 1963 story introducing Janet Van Dyne. It recaps the circumstances of Hank Pym’s first marriage, which would result in Nadia appearing over fifty years later, and supplies him with a crimefighting partner. Jack Kirby’s otherwise nicely designed art struggles to cope with the sheer volume of words Stan Lee overlays, and story veers all over the place, combining Cold War era anti-communism with a hokey old space monster dealt with all too quickly. Pym’s attitude toward his new partner now reads as patronising at best, and bullying at worst. As a fifth of the content, it drags the overall rating down.

Nadia’s adventures continue with Fix Everything, and as an alternative to buying this, all but the 1960s reprint is combined with Unstoppable in the smaller format G.I.R.L. Power.