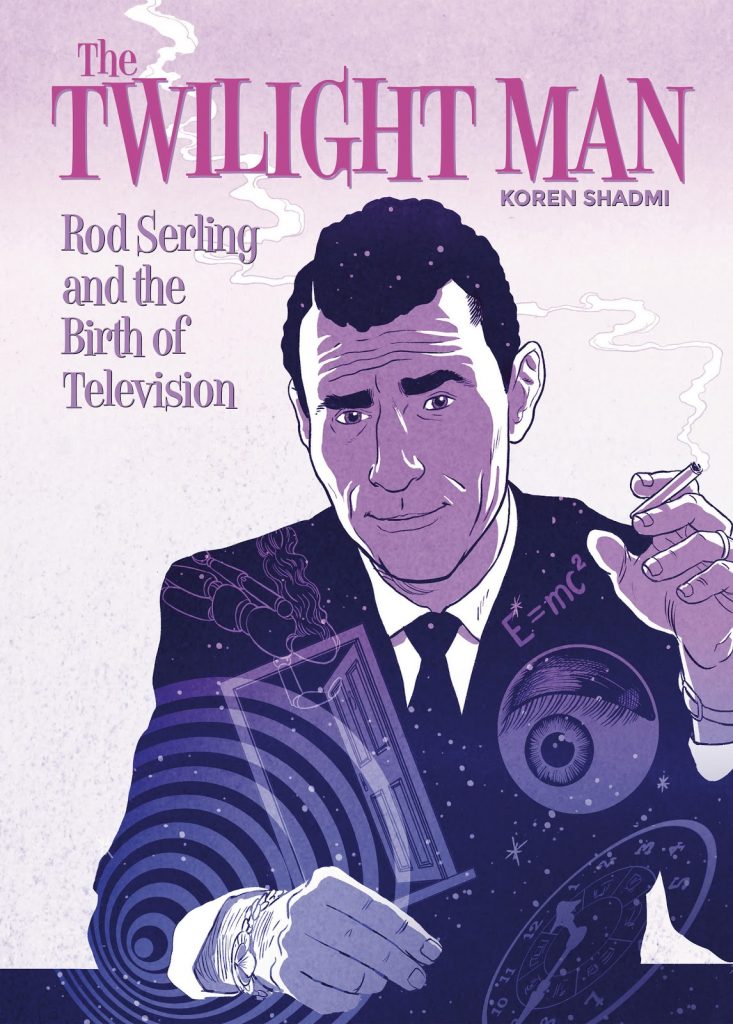 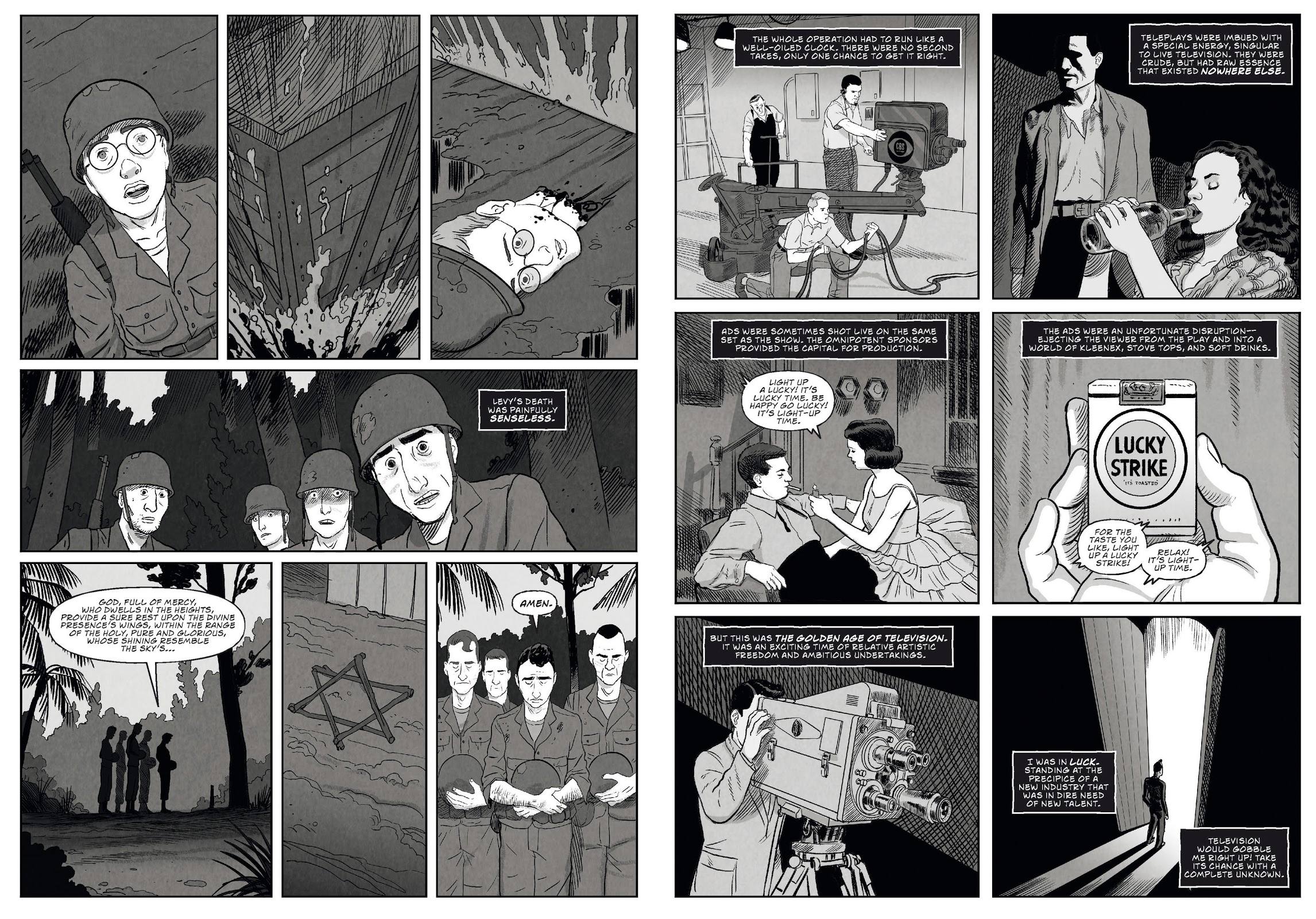 Rod Serling was a television innovator, yet his fame rests on the fondly recalled black and white science fiction show The Twlight Zone, which began in 1959. By then he was already a TV veteran, yet it’s the lasting respect for the series that keeps his name recognisable, and provides the title for Koren Shadmi’s biography. The subtitle, though, is disingenuous.

Shadmi takes a long time to reach what most people will want to know about Serling. First we have an introductory conversation with a fellow passenger on a plane, followed by Serling’s World War II service. Those experiences influenced much of his life, so are a valid detour, but Shadmi’s art often lacks enough thought, and on the sample page renders a tragedy almost laughable. Elsewhere he’s clumsy, and his figures are stiff at best and distorted at worst. They’re accompanied by problems with the dialogue. Shadmi has Serling narrate his own life, and despite the importance of good writing being emphasised in-story more than once, when dialogue is placed in the balloons, it’s often obvious and timeworn.

Serling’s bravery during war service is notable, but it’s only when Shadmi reaches the start of his television career in the early 1950s that his story really comes to life. There’s a vague connection to the subtitle as Shadmi explores how programme sponsors doubled as censors, becoming the source of considerable frustration to a now acclaimed writer, causing Serling’s script about racist murdere victim Emmett Till to be eviscerated. Relating these problems is a highlight, informed by an outrage at network cowardice in brushing uncomfortable truths under the carpet.

It’s almost a happy accident that The Twilight Zone was commissioned. By 1959 Serling had learned to play the system and was greatly in demand, unable to accept new work despite being a prolific writer. When approached by an old friend he remembered a previously mothballed script with a time travel element, and when that was well received he was in a position to generate a pilot script. Shadmi brings through how Serling was able to spot a good writer, and the story of The Twilight Zone fascinates, not just for the people involved, but for the glimpse into how television was even then a constant battle with executives unable to value long term benefits of quality above  immediate cost.

In the fashion of so many creative people, Serling’s post-Twilight Zone career proved as frustrating as the years preceding it. It took the passage of decades for the eventual legacy to be established. Surely not by design, The Twilight Man matches Serling’s television career, initially awkward, building to a complacent level of comfort, shooting for the starts as Shadmi hits on what we really want to read about, then the decline as he returns to the conversation on a plane. This is meant to hint at one of The Twilight Zone’s best known episodes, but the echo falls flat even with what it leads into. The limitations of the art are ever present, but The Twilight Man eventually blossoms into a readable record, bringing out how a combative ambition applied to everything Serling did, and how he consistently stood up for what he believed was right.