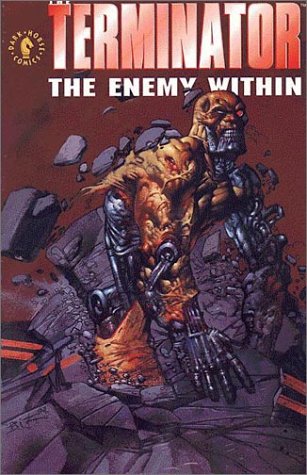 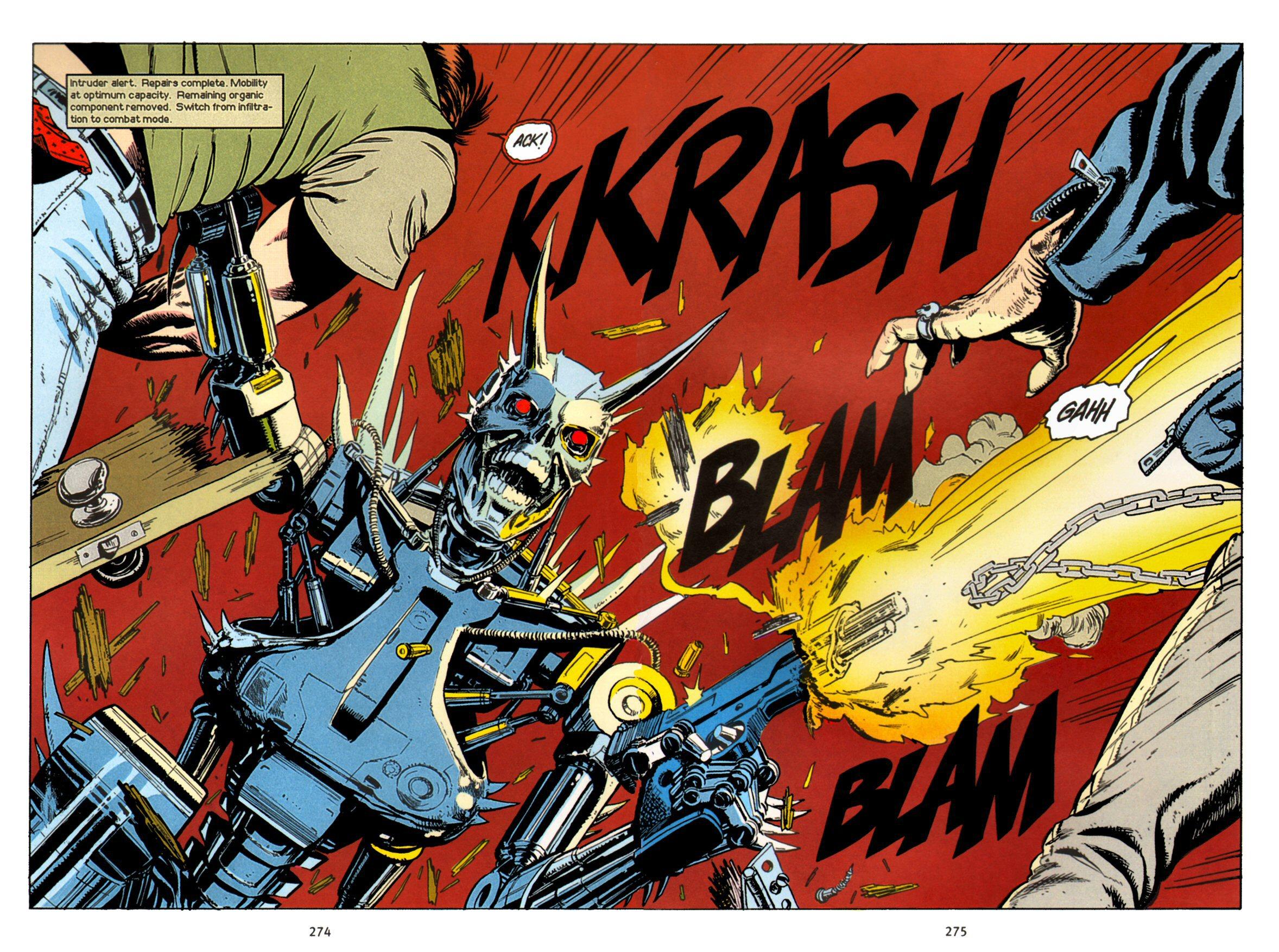 Four characters used here are common to the earlier Dark Horse Terminator graphic novels, introduced in the opening Tempest. Mary is a resistance fighter sent back to 1990 in order to prevent Skynet and the Terminators from coming into existence. Dudley is a form of early Terminator, still retaining much of his humanity, and Astin became caught up in their business simply by virtue of being the assistant to Bertram Hollister, the technical engineer destined to create what will develop into the Skynet system. Ian Edginton’s plot also incorporates a further already known character, police lieutenant Sloane, introduced in Secondary Objectives. He’s wondering about the basic impossibility of result of a biopsy on a corpse we know to be from the future.

As seen in the sample art, Vince Giarrano comes up with a compelling new Terminator design, but he’s the weakest of the artists to be used on the early 1990s Terminator material. The way he breaks the story down is faulty on occasions, an example being the impossible way Sloane moves from one place to the next in the time available, and the designs apart, there isn’t the attractive sheen of earlier work. He also sexualises Mary far further, dressing her in spandex and producing panels accentuating her breasts and twisting her into provocative poses.

Elements introduced to the plot by Edginton are novel, but he also depends on forced melodrama, and it’s an awkward fit. His version of Mary is far more uncertain and sentimental than the hard nosed and confident personality previously seen, and it’s a fair step to his twisting the motivations of a second known character. He also clutters the story, involving another batch of resistance fighters sent from the future who ultimately have no purpose whatsoever. As seen by the recommended graphic novels below, Edginton’s writing would improve considerably, but if you only want to buy one early Terminator graphic novel, it should really be a different one.

The Enemy Within is also found as the final story in the first Terminator Omnibus.