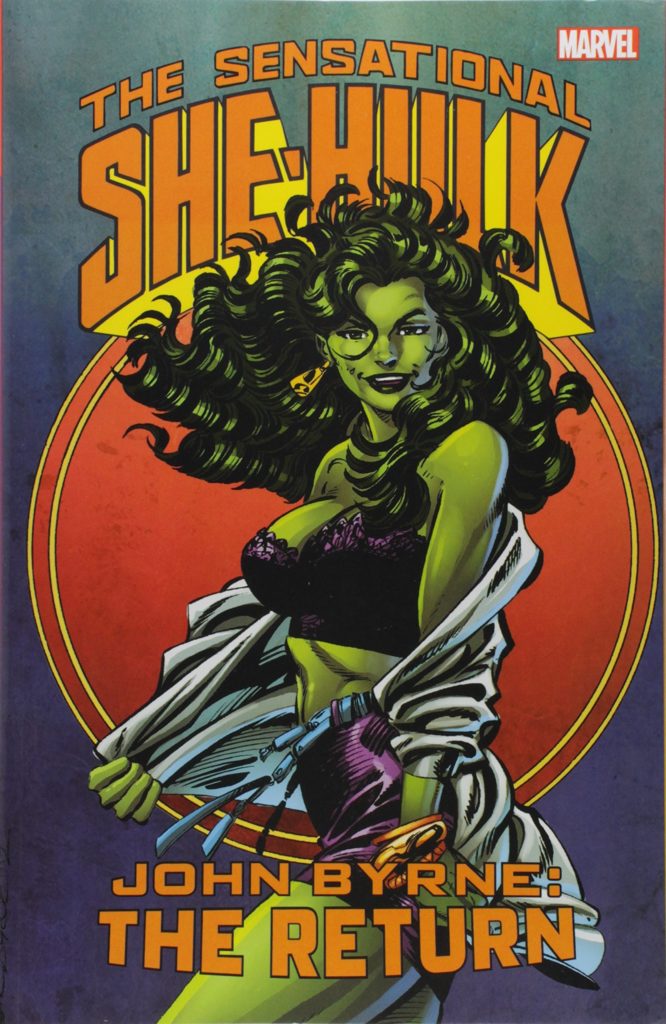 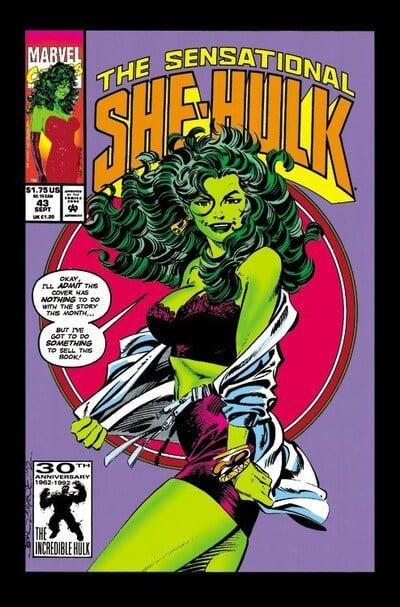 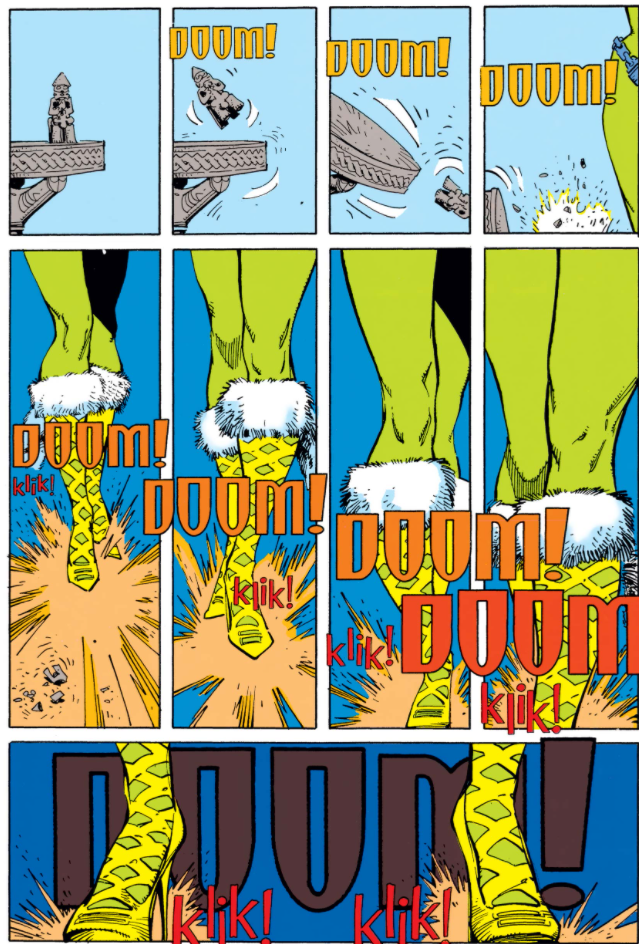 In 1991, two years after, in his words, being forced off She-Hulk, John Byrne came back. Given the nature of his previous tenure, he chose to act as if the intervening stories hadn’t happened, and begins here with She-Hulk waking up from a dream. After that, it’s pretty much business as before. She-Hulk is aware that she’s in a comic, and there are plenty of jokes at the expense of the comics format, a number of them targeted at Byrne’s own past work. Editor Renee Witterstaetter becomes a recurring on-page presence, and rubbish characters are excavated from the corners of early 1960s monster comics where most Marvel staff thought they had been forgotten forever. A major character in this run is ‘Spragg, the Living Hill’. Byrne also brings back Jen’s lover, Wyatt Wingfoot.

This time round, Byrne stayed for nearly two full years, making for a rather more substantial collection than volume 1. But it’s not as good. The freshness that animated Byrne’s earlier strips seems to have gone. The basic joke wears thin quite quickly, as does Byrne’s constant drawing of She-Hulk in cheesecake and pin-up styles, one of these images being used as the cover for this volume. Yes, he’s joking about it, but he’s also over-indulging in it. Overall, the jokes about comics are tame, and lack the bite found in the likes of Dave Sim’s parodies. When Byrne starts reusing silly characters that he’s already resurrected, there’s a distinct feeling that his inspiration has gone. Toward the end, the story starts to become more important in its own right, rather than just being an excuse for the gags. The trouble is, the stories – in particular a protracted tale set in space – aren’t that much better than mediocre.

A couple of tales do rise above this. There’s a Christmas story in which Jennifer Walters revisits her old home in Los Angeles (i.e., the setting for Savage She-Hulk), which is sweet and rather lovely. And at the end of Byrne’s run, there’s a story about auditioning a creative team to replace Byrne, which gives the opportunity to Dave Gibbons, Frank Miller, Wendy Pini, Walt Simonson (see sample image), Howard Chaykin and others to send themselves up.

Byrne’s art is what you’d come to expect. Nice, clear, well-drawn, but arguably bland in places. Halfway through this run he gave up drawing Namor, and so was able to ink his own pencils. His inking style is not to everyone’s taste, but it’s better than the various inkers who worked on the earlier parts of this volume.

All these comics are collected in The Sensational She-Hulk by John Byrne Omnibus.