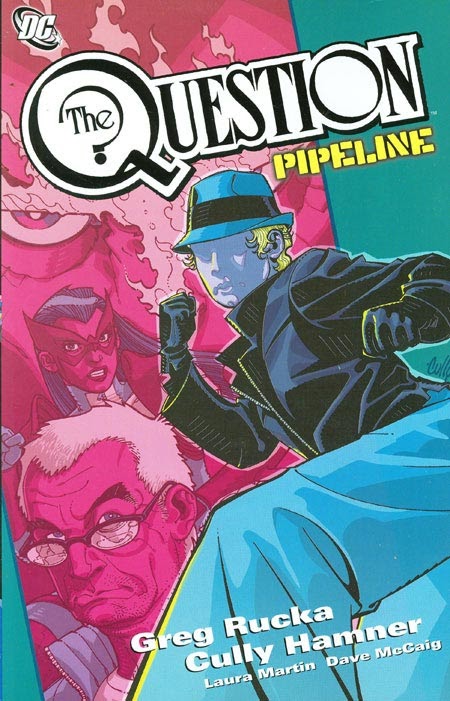 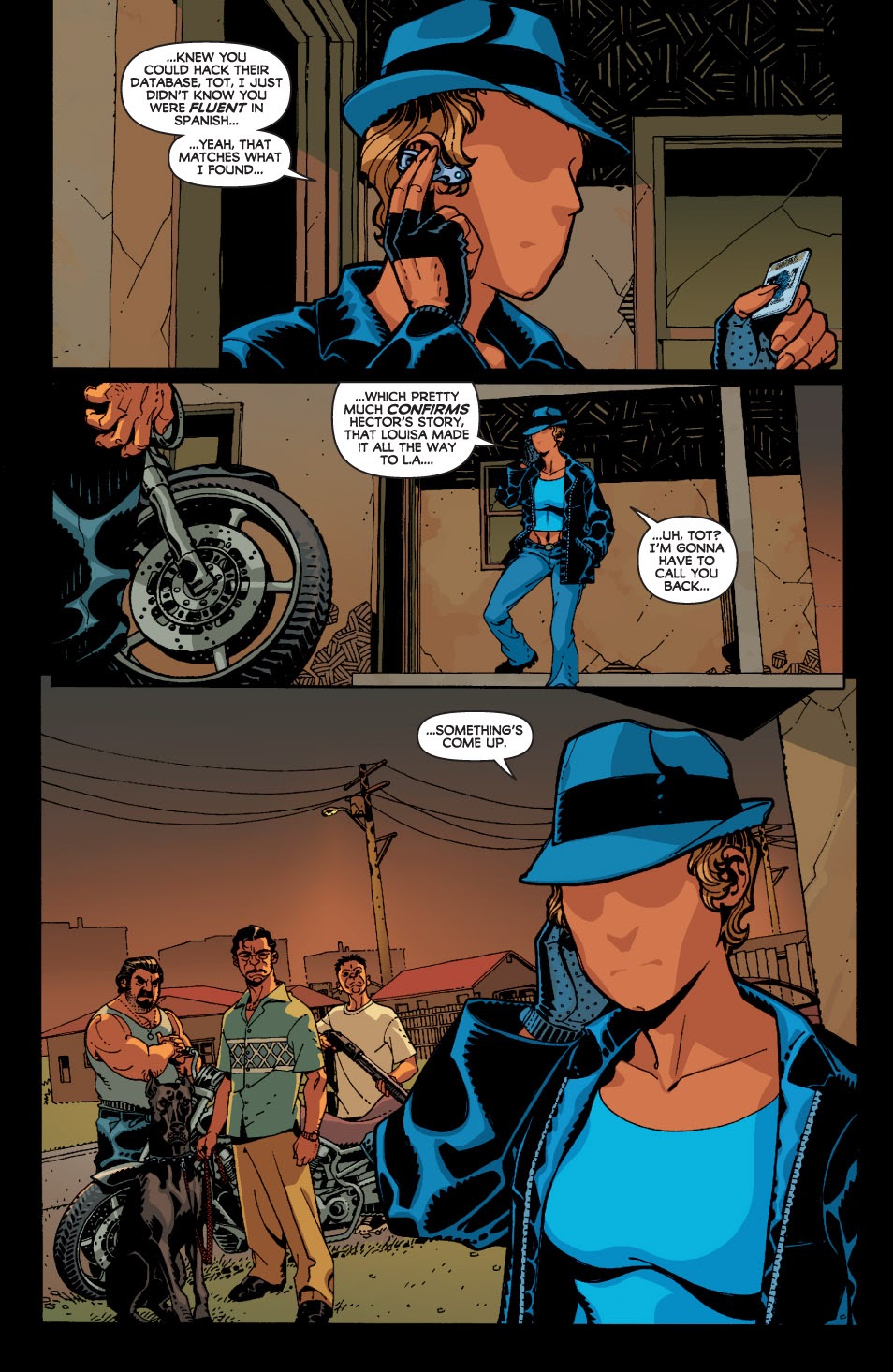 The Question, as created by Steve Ditko, was Vic Sage, a driven, obsessed journalist who sought out crime and corruption irrespective of the consequences. As seen in 52 and Countdown to Final Crisis, disgraced Gotham City cop Renee Montoya was groomed to take up the faceless mask and obsessions of the shadowy hero as Sage slowly succumbed to cancer.

Pipeline follows Renee’s first outing drawn into a secret war with the passionate adherents of a malign gospel of All Things Evil alternatively known as the Books of Blood or the Crime Bible. It’s a globe-girdling saga of corruption and depravity by writer Greg Rucka and illustrated by Cully Hamner that begins with Montoya and “Tot” Rodor ensconced in their desolate lighthouse on the Outer Banks of North Carolina.

When sorting through e-mails from a “help-offered” website they’d set up a particular message catches Renee’s eye. Hector Soliz is an illegal immigrant searching for his missing sister. He foolishly trusted the “coyote” who originally smuggled him into America to do the same for Louisa, but never took into account that, for men like Varga, pretty young girls have a value far beyond simple cargo to be smuggled across a closed border. Taking the case, Renee is soon breaking into the flesh peddler’s home and dealing harshly with Varga’s brutal thugs where she finds a bed with chains and a camera set-up. After undergoing some especially intense enquiries Renee becomes painfully aware she’s tracking an evil enterprise of vast proportions.

There’s later involvement from the relentless unforgiving Huntress, a masked avenger ruthlessly punishing all gangsters whilst sticking up for innocent ordinary folk. She especially despises those who prey on children, and has contacts in Gotham where Barbara Gordon runs Birds of Prey as covert anti-crime mastermind Oracle.

A cataclysmic final confrontation is as much theosophical debate as brutal beat-down, and in the final reckoning the allies must become enemies for the best possible reasons before finding anything approaching an acceptable answer to their dilemmas.

Moody, fast-paced, challenging and astoundingly action-packed, this stylish trade paperback edition also offers a hugely engaging ‘sketchbook’ section from Hamner offering developmental peeks into his evolution of the characters, a fascinating eight pages of layouts and roughs and some of his amazing set designs for story-locations. They’ll delight and amaze all lovers of comic art.