The Quest for the Big Woof 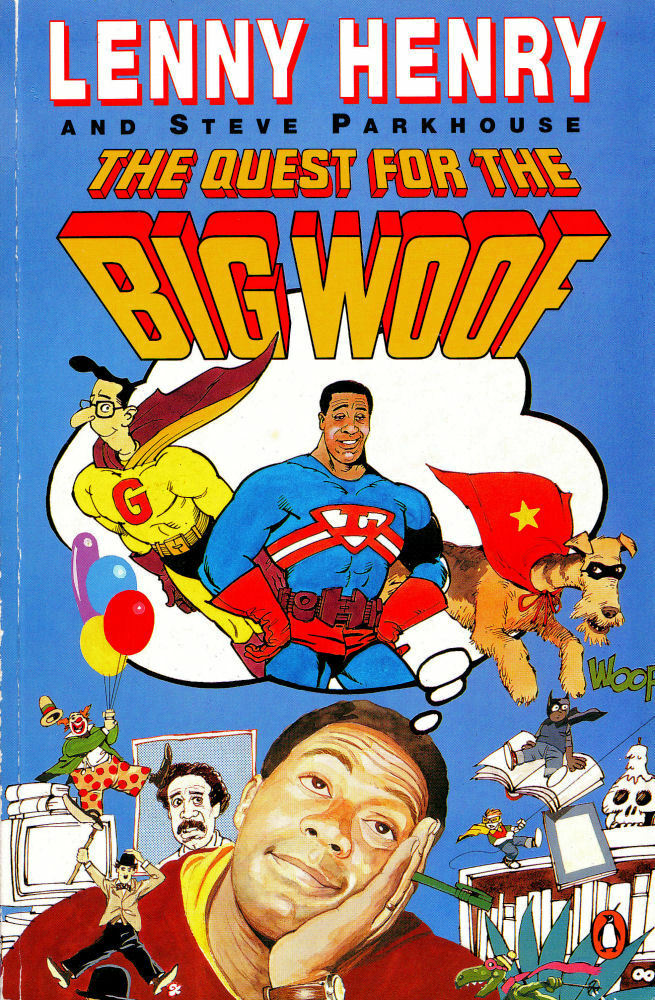 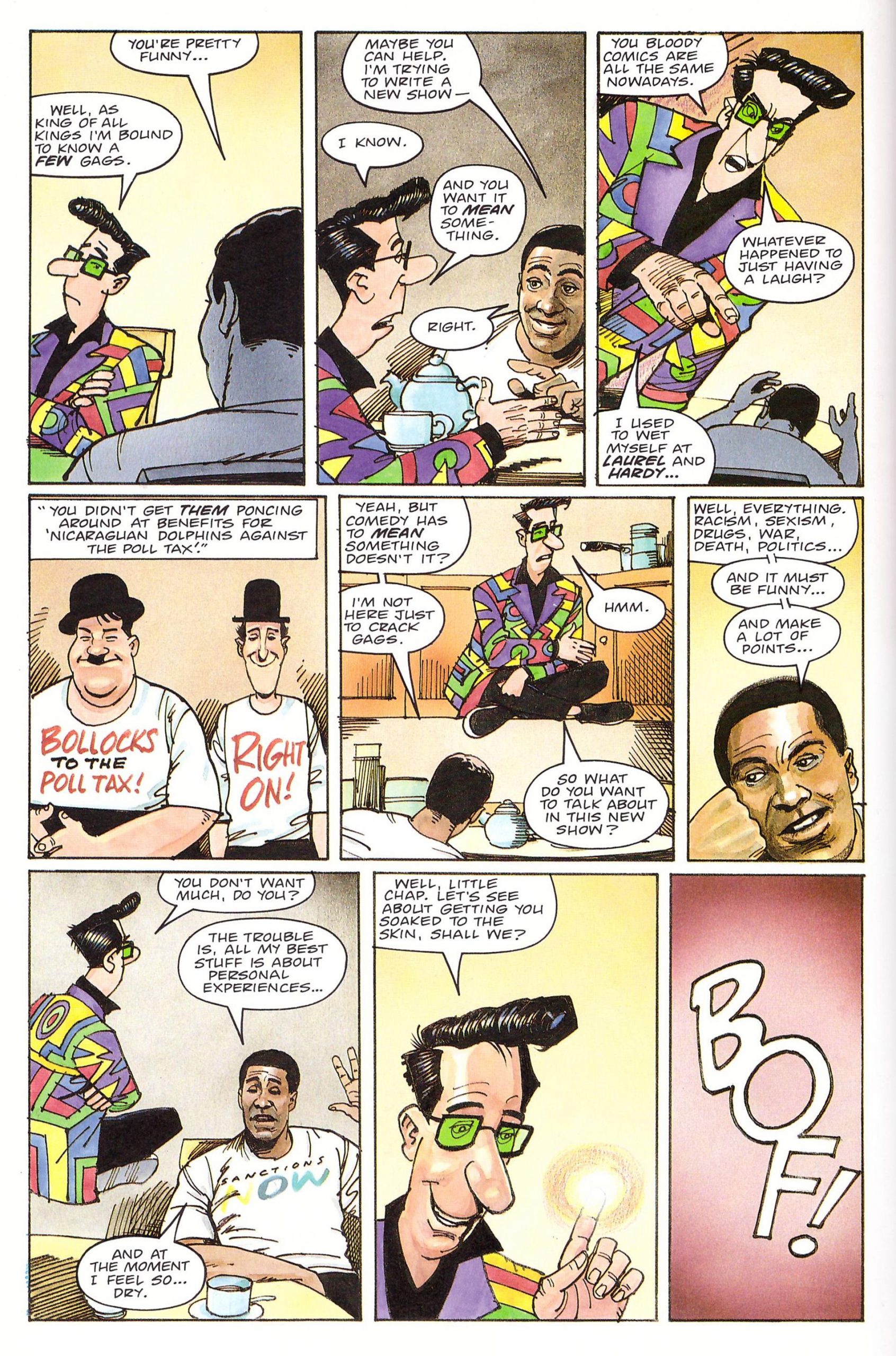 The UK was well ahead of the curve when it came to publishers inducing celebrities to try their hands at a graphic novel, starting in the early 1990s. None managed a second. British comedian Lenny Henry was an early adopter, blessed by having the phenomenal cartooning expertise of Steve Parkhouse at his disposal.

Henry was a lifelong comic fan, so familiar with the necessities of the form, but for his topic he opted for the writer struggling to write, the sort of introspection rarely responsible for work of note. The big woof, in the language of 1980s touring comedians is the really massive uncontrolled laugh that every comedian wants to prompt, and the set up is semi-autobiographical. Henry notes he’s shed his writers, electing to own his forthcoming stand-up tour completely, but the jokes aren’t coming, and they’re slow to arrive as he riffs about that. Any smiles are down to his use of timeless visual metaphors (the big weight hanging over his head), and Parkhouse’s timeless cartooning.

Until it kicks into gear, The Quest for the Big Woof’s appeal is down to Parkhouse carrying the weight, his style only dropping into complete farce with the parodies of UK children’s comics, and displaying extensive virtuosity. He switches effortlessly from comedy to action, produces both realistic portraits and cartoon exaggerations of Henry, and just as Henry’s comedy depends on timing, Parkhouse knows precisely how to sell a joke visually with exaggerating too far.

It takes the intervention of God around a third of the way through to start the laughs, as Henry considers ridiculous aspects of existence, the sort of material that works well for him on stage. Even God can’t remember why he created dinosaurs any more. Explaining to God he wants his new act to be relevant and touch on social issues, Henry has a few opportunities for wish fulfilment righting of wrongs, considers his childhood, and things start to slip into place. Throughout his long career Henry has always been immensely likeable, and his personality transmits when he talks about his youth, his upbringing and the world’s problems, about which he cares. Gradually themes emerge, and the realisation drops that the opening scenes weren’t as self-indulgent as they first appeared, Henry concluding his best option is to talk about issues as they impact on him. The gags eventually come, and the sequence about Henry’s father and the lessons learned from his funeral is touching and funny. So are the other family memories. However, Henry’s family was from the first generation of West Indian immigrants to Britain, and this was produced in 1991, so not all the cultural references will resonate.

Look at The Quest for the Big Woof as Henry workshopping a show he eventually toured and it works perfectly fine. By the end you’ll have laughed a fair bit, been outraged a few times and constantly admired that cartooning.