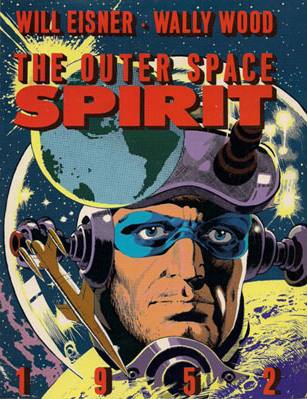 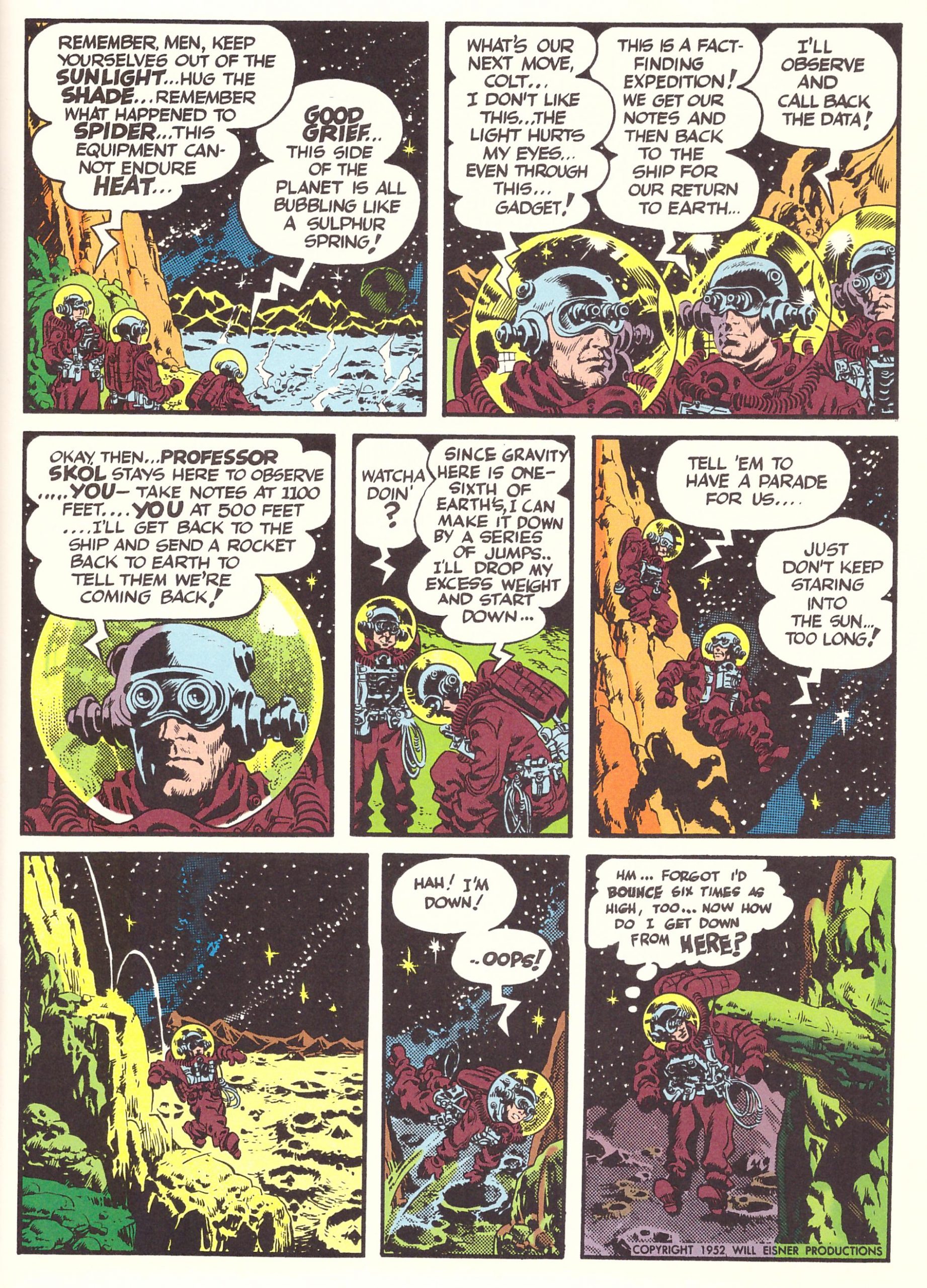 In late 1946 Will Eisner returned from World War II army duty and resumed control of The Spirit Sunday newspaper supplement. There was a rapid and vast leap in quality, as Eisner’s imagination and cinematic storytelling elevated The Spirit into one of the all time great strips. However, by mid-1951 Eisner was increasingly involved on other projects, and while Jules Feiffer and Klaus Nordling provided enticing plots, the quality of the art nosedived. By summer 1952 every decent weekly strip was matched by something very ordinary, and Eisner’s last ditch solution to the creative problem was to send the Spirit on a science fiction adventure drawn by one of the greatest envisagers of SF in comics.

Wally Wood was hired to draw seven pages of adventure every week from scripts provided by Eisner and Feiffer. Added to his regular EC commitments and given he was known for astounding detail, that was a big ask, but he illustrates seven of the eleven chapters. With most of the remaining art being by Eisner, this story still looks great, and it’s a radical departure for what had been a light-hearted adventure strip with the emphasis on crime and human drama.

In 1952 humanity was still seventeen years away from landing on the moon, so the premise of the Spirit accompanying a crew including specialists and volunteer convicts was one of wonder, whereas today it’s more commonplace. Also startling for readers of the time was that the Spirit on the moon was an actual continued serial, although including individual episodes. Eisner sets the tone with a more realistic introduction in which the Spirit weighs up the responsibility of going to the moon, acknowledging he’s ageing, and Feiffer runs with that downbeat mood. With Wood he creates an extraordinarily successful approximation of isolation and danger in a remoter location than any on Earth, while Wood provides realism, incredible looking equipment and incredible looking lunar landscapes. Eisner’s contributions in between are more attuned to The Spirit’s usual flavour, spotlighting his friends on Earth, and how they’re coping.

For all the good intentions, only the art ranks it alongside the best of The Spirit, and accommodating Wood’s schedule at the time means the final few episodes are reduced to four pages. At least this collection’s presentation of the story in isolation is preferable to comparisons prompted by it accompanying other Spirit stories (as in Spirit Archives 24), as the change of tone is too dramatic. Furthermore, whereas the best of the Spirit is timeless, attempting to produce something forward- looking designates it a period piece now. Feiffer’s scripts focus on more realistic human emotions, but lack the drama, with the episode of gangster Dutch Birch remaining on the moon a definite indicator of where Feiffer would take his creative muse in following years.

The result couldn’t save The Spirit newspaper section, but provided one last glorious artistic hurrah, ensuring it ended on a high, and remained fondly remembered. As he owned the copyright, this would serve Eisner well in later years. 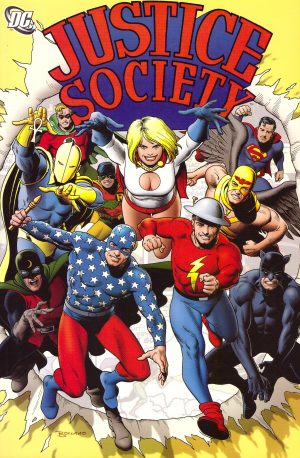