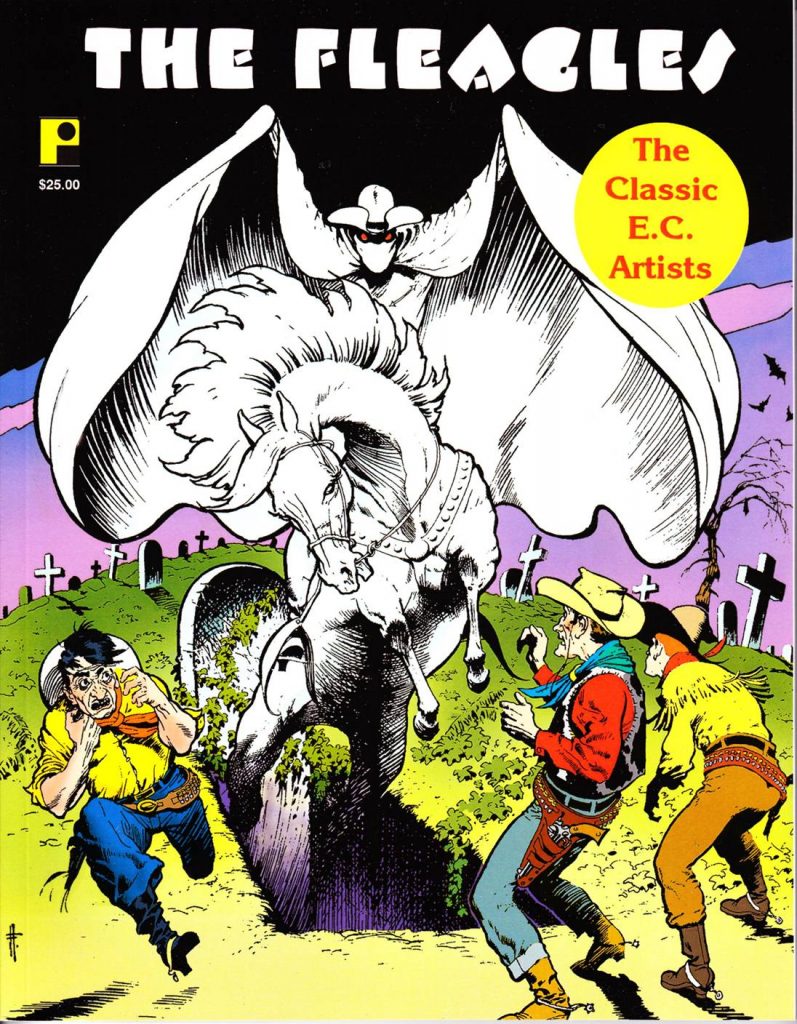 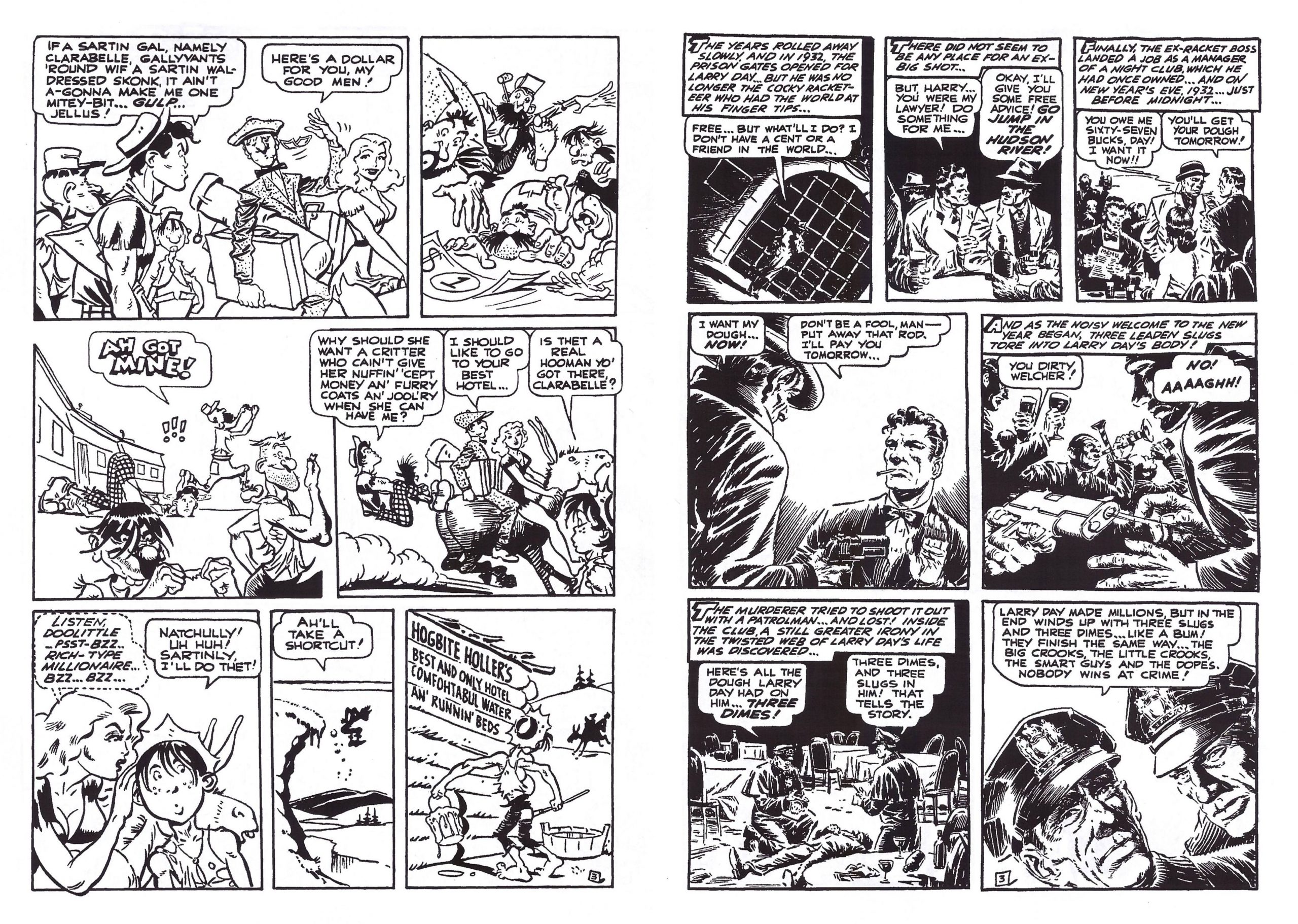 The Fleagles was the name sardonically applied by Harvey Kurtzman to the enthusiastic youngsters breaking through at EC Comics in the early 1950s, originally denoting a gang of 1920s bank robbers. George Evans, Frank Frazetta, Angelo Torres, Al Williamson and Wally Wood were the main members, along with editor Nick Meglin and the older Roy Krenkel serving as mentor. All had an illustrative style along with a fondness for detail, and it would often be the case that several of them chipped in on pages assigned to one of them. As with other Pure Imagination collections, this collects work for other companies, rare, and long out of copyright, splitting roughly in half between pages pre-dating any work completed for EC, and those subsequently produced.

It’s actually the subtitle of The Classic EC Artists that’s more accurate, as Reed Crandall, Jack Davis, Will Elder and John Severin also appear, and as often as anyone but Frazetta, combining for an artistic line-up to salivate over. The purpose is an artistic showcase, with scabby original pages digitally restored by curator Greg Theakston, while those looking for groundbreaking writing to match the art won’t find it here, with only the joke material still holding up. The writers remain anonymous. Because the artists took the work they could find, there’s quite the variety to the content, with strips about divers, young women, cowboys, atomic testing, and some based on film stars. Curiously, most longer funny strips are based to a greater or lesser degree to Al Capp’s popular hillbilly newspaper strip L’il Abner. As noted in Theakston’s introduction, perhaps it was Frazetta’s lush work from the late 1940s on the two ‘Louie Lazybones’ strips (sample spread left) that led to his later ghosting Capp’s strip.

What’s immediately apparent is the sheer virtuosity on display. Yes, it’s Al Williamson, but how many comic artists these days have come anywhere near the quality of the right hand sample on their first published strip? The introduction focusses on Krenkel, but only a page of his strip work is presented among a portfolio section, an exercise in classic illustration virtuosity, and showing why the younger artists learned from him.

Clocking in at 32 pages, the longest story features The Frogmen, a long forgotten term once applied to navy scuba divers. Now freelance, the divers are hired to explore a sunken Spanish galleon. Elements having a later part to play are almost underlined, the set-up is long and the pay-off short, and the dialogue sometimes ludicrous. Evans’ pencils inked by Frazetta, though, are refined elegance.

Other strips don’t match it, as noted by Theakston’s introduction, yet hacked out 1950s Frazetta or Williamson, as on the John Wayne and William Holden strips still has their astonishing technical knowhow, while by contrast Wood’s 1950’s Dorothy Lamour strip is primitive by his later standards. Thankfully they’re represented by his unmistakeable machinery in what’s credited to Williamson, but became a jam strip reprinted from the 1966 Witzend. That’s also one of the few non-funny strips now readable, if perhaps overworking the point by the end.

You’re unlikely to see this work anywhere else, and the cream of 1950s comic artists are represented, although not always in their prime, which makes The Fleagles of great interest to the fans of those artists, but perhaps not much beyond. 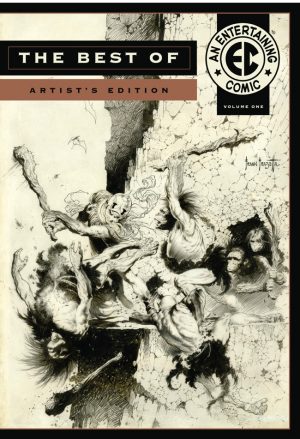 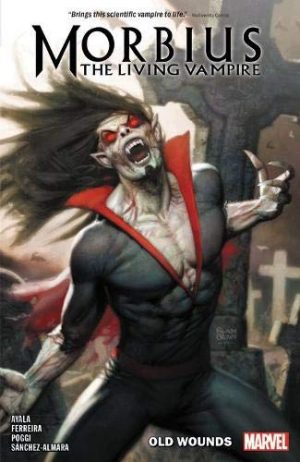